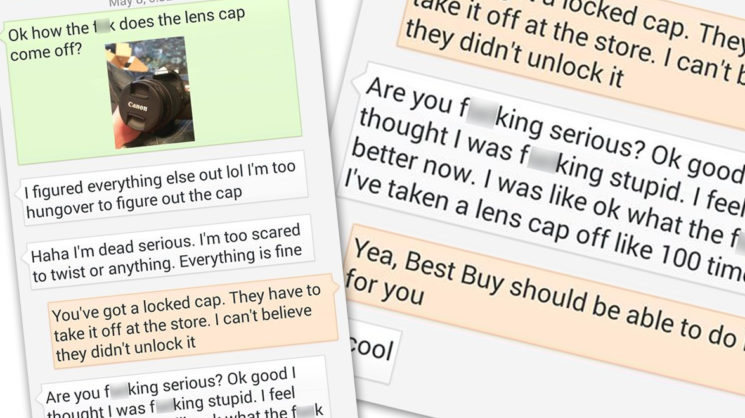 Now, we’re not making any claims or suggestions about the average intelligence of Canon users here, but this is pretty hilarious. A photographer who shall remain nameless received a text from a friend of his who’d recently acquired a Canon DSLR, but somehow was struggling to remove the lens cap from the front of the lens.

We all have friends that are new to photography coming to us with the same simple questions, but this one is quite unusual. And while it may seem obvious to so many of us how to remove a simple lens cap, it wasn’t so obvious to his friend. After receiving the text, a pretty hilarious, but brief, exchange followed. 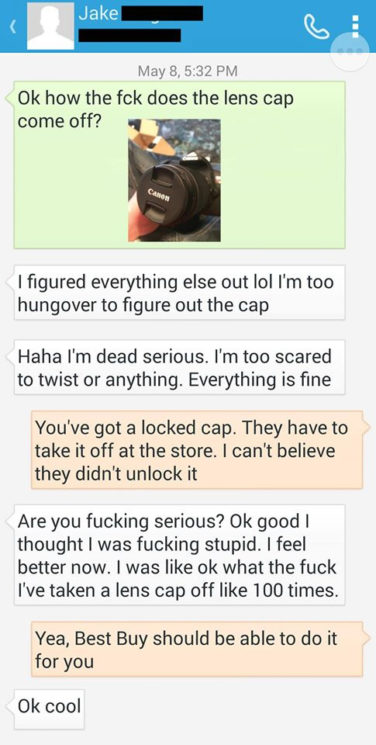 What makes this conversation particularly funny, though, aside from the “relief” friend feels when he believes his request isn’t that unusual, is that the prankster tells DIYP that his friend did indeed actually go to Best Buy with the camera to ask them to remove the lens cap for him. Unfortunately, there don’t seem to be any follow-up screenshots of the conversation after that happened.

Something which he’s never let his friend forget.

What’s the best prank you’ve ever pulled on a photography noob?