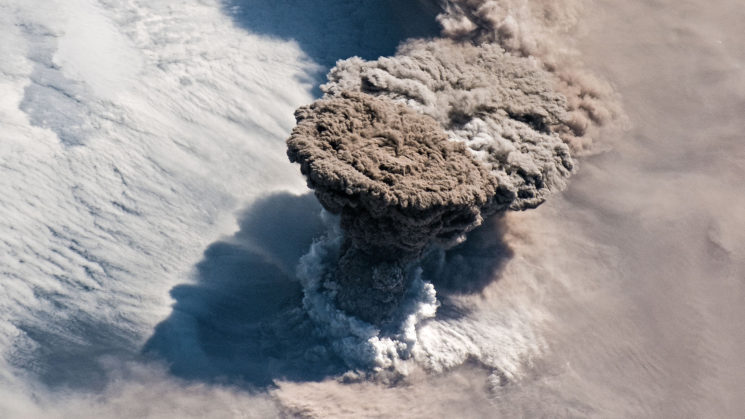 Amongst Russia’s Kuril Islands is the uninhabitable island of Raikoke. It’s uninhabitable because it’s essentially just a giant volcano. The last eruption at Raikoke was in 1924 and it’s been dormant ever since. But a few days ago it erupted in grand fashion.

Somewhat unexpected, it didn’t escape the notice of NASA, who photographed the giant eruption from the International Space Station using a Nikon D5, shipped to the ISS in 2017.

The eruption began around 4 am local time on June 22nd. Several satellites and astronauts aboard the International Space Station watched on as a thick plume of smoke rose up and then went east. An unnamed member of the Expedition 59 crew captured the scene from the ISS with a Nikon D5 and the Sigma 50-500mm f/4.5-6.3 lens at a focal length of 340mm. Here’s the full image. 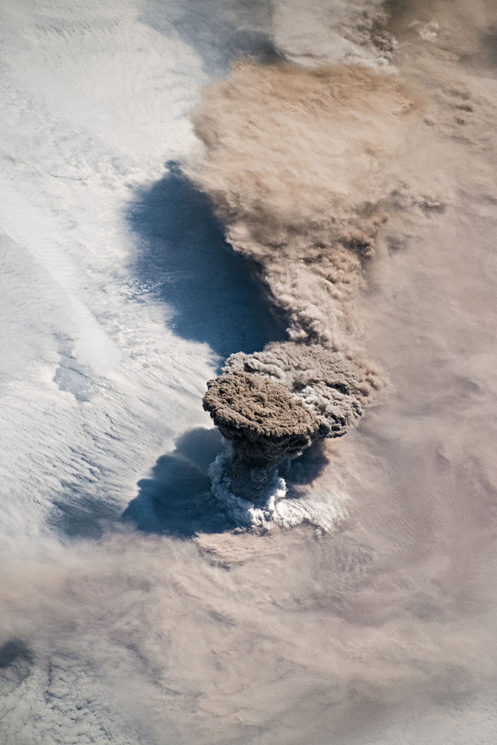 When you see just how high the plume goes, you really start to understand the power of such volcanic eruptions. NASA writes that Raikoke has a 700-metre-wide crater, and reached an altitude of at least 8-10 miles, potentially going up into the stratosphere. Plumes that reach such heights are watched closely by volcanologists as they tend to stick around for longer and have the greatest effect on aviation and climate – as we saw in 2010 with Iceland’s Eyjafjallajökull.

[NASA via The Express]