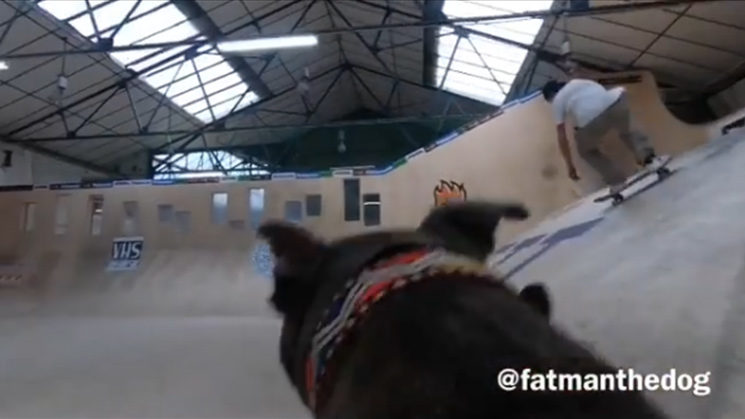 If there’s one thing I know about skateboarders, it’s that they’ll go to great lengths to film themselves pulling off tricks. But finding a camera operator to follow you around all the time isn’t easy. At least, not for most people.

For London based illustrator, designer and skateboarder, Rob Mathieson, the solution is simple. Strap a camera to his Staffordshire Bull Terrier. Ladies and gentleman, meet Fatman the Dog, camera op extraordinaire. And it’s one of the most awesome things I’ve ever seen.

I’ve no idea what camera is riding on the back of Fatman, but given that the angle of the camera manages to stay glued to the skater regardless of the dog’s orientation, I’d guess it might possibly be a 360° camera. Insta360 and several other 360° camera companies have software that will let you track and convert 360° footage to flat footage in post with relative ease. And it sure would be less hassle than trying to mount a gimbal to a dog.

Regardless of how it’s done, though, I think it’s great. But I think I enjoy watching the dog’s head bouncing up and down as he runs rather than the skaters.

It does make one wonder, though. Who owns the copyright to the footage?

Yes! You Can Make Some Awesome Films With A $20 Jib