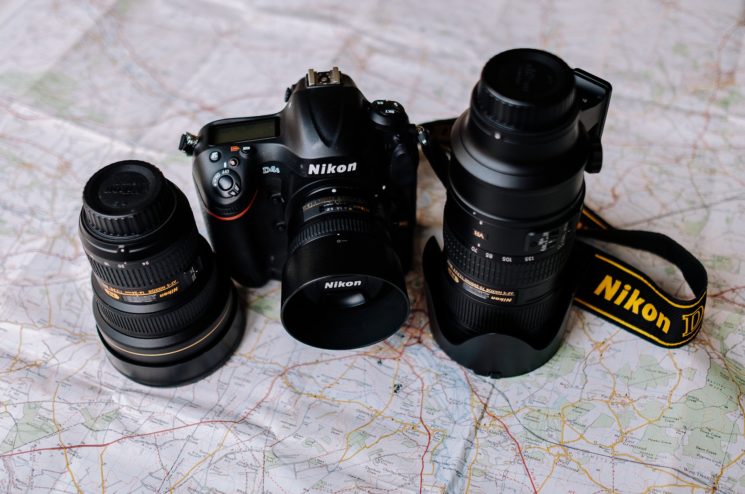 Traveling and taking photos is bringing to of the most wonderful things together. Photographer Mitchell Kanashkevich has been capturing his travels for years, ending up with plenty of award-winning photographs. In this video, he shares his thoughts about the best lenses for travel and documentary photography. Would you agree with his choice?

Of course, this topic is fairly subjective and depends on the type of travel photography you want to shoot. Also, it depends on whether you shoot with a full frame, an APS-C body or Micro 4/3. While just one lens would be too limiting, you sometimes must limit yourself to only one, for whichever reason. In this case– which one should it be? Here are Mitchell’s thoughts on the matter.

In Mitchell’s opinion, a go-to lens for full frame cameras should be a 24-70mm. In his case, it was a Canon 24-70mm f/2.8 while he used Canon gear. Here are some equivalents for other camera models:

According to Mitchell, this is the most versatile lens for travel and documentary photography, as it lets you go between wide and tight shots with the single lens. If I were a full frame user, this would also be my choice. Also, with the aperture of f/2.8, you can get a very shallow depth of field. This is useful in portraits and in low-light situations.

On the minus side, Canon 24-70mm f/2.8 doesn’t have in-lens stabilization and it’s rather heavy and bulky. If you don’t have in-camera stabilization, this can make it difficult to take perfectly sharp photos. Also, with the bulkiness of the lens (and the full-frame camera), it’s hard to be discreet, which some photographers might see as a problem.

Mitchell has decided to switch to lighter gear, so he is now shooting with Panasonic Lumix Micro 4/3 system. In this case, he doesn’t recommend a 24-70mm equivalent (12-35mm), and there are a few reasons for it.

First, there’s a 2x crop factor, which he finds problematic in terms of aperture. When you multiply the maximum aperture, f/2.8 by the crop factor of 2, you get the images that look as if they were shot at f/5.6. Another problem is the size because he doesn’t see this lens as too discreet. While the 12-35mm f/2.8 is still a versatile lens, Mitchell wouldn’t make it his first choice with the Micro 4/3 system.

But which lens is his first choice when it comes to the Micro 4/3 system? It’s a 30 or 35mm equivalent prime. Mitchell’s first lens of this kind was an Olympus 17mm f/1.8 (34mm equivalent). Today he uses Panasonic Leica 15mm f/1.7. He points out that you can shoot all kinds of situations with such a tiny lens without interrupting the moment. A small lens like this keeps the spontaneity of the scene. On the minus side, it is limiting because the focal length is fixed. But you can always try and turn it into your advantage.

With APS-C sensors, the crop factor is 1.5 or 1.6 rather than 2. You’ll get a shallower depth of field and slightly better low light performance than with the Micro 4/3. Still, it’s not the same as with the full frame cameras. On the other hand, you’ll still have a versatile lens that can cover you in all kinds of situations. Here’s the list of 24-70mm equivalent lenses for various APS-C bodies:

Finally, here are a few more 30 or 35mm equivalents for different camera systems:

As I said, this topic is subjective and we all have different styles and preferences when it comes to travel and documentary photography. Although I prefer primes, I still use the 18-55mm kit lens when I travel. I know it’s not the best lens there is, but for my needs, it gives me the versatility I like to have while traveling and when I want to pack light.

What’s your favorite lens for travel and documentary photography? If you had to limit yourself to only one, which one would it be?

The fantastic potential of the documentary photography session