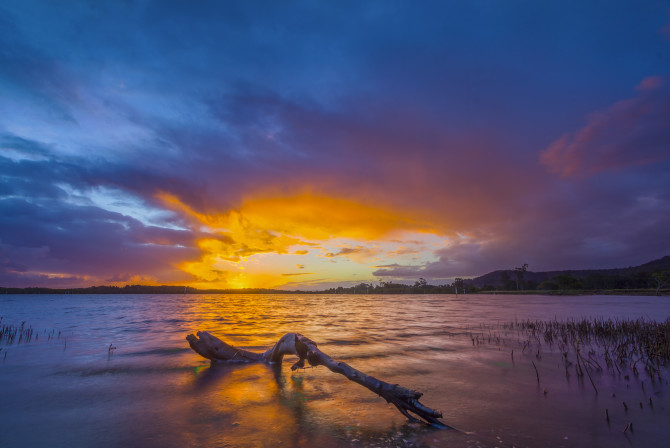 We photographers do love our catch-phrases, but what do they all mean? Here’s my not-so-serious and very tongue-in-cheek run down of some of the more commonly used terms and their meanings. And yes, I’m as guilty as the next guy:

High Key – basically lone trees on snowy hillsides. Often attributed to shots after the fact because the photographer accidentally over-exposed an image and thinks the resulting shot looks ‘arty’.

Mono – black and white effect employed by photographers in an effort to save an otherwise seriously flawed image.

Foreground interest – bits of wood, branches, seaweed, shells and other readily available detritus that a photographer can drag from its actual resting place to a convenient spot just in front of what they’re actually photographing. Most commonly employed by coastal photographers who will cheerfully drag a six foot branch for half a kilometre if it makes their sunset composition look a bit less dull. 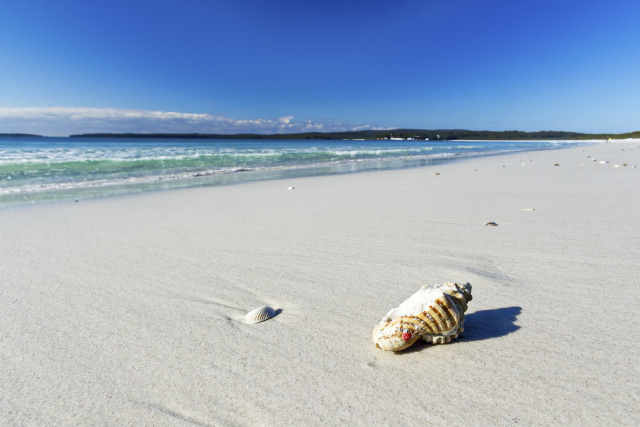 HDR – an image produced by combining multiple exposures in the hope of visualising a bad acid trip endured during a visit to a brutalist east German shopping centre. HDR’s reputation in the photographic community is only marginally bettter than Gary Glitter’s in the music industry. Note: 99.999% of photos labelled HDR are in fact tone-mapped images, but the label has kind of stuck now.

Surf Photography – photos taken from inside a breaking wave. The shot in question (taken on a GoPro by someone in 2foot surf with a lot of time on their hands) is usually the only flukey keeper out of 500 exposures. The only exception to this rule is Clark Little who twats himself about in monster shore-breaks in Hawaii and deserves every bit of credit for popularising this now over-subscribed photo style.

Street photography – homeless people and street vendors photographed without their knowledge by people with Leicas and beards.

Straight out of the camera – just enough processing so that it doesn’t immediately look like it’s an HDR (see above).

Storm Chasing – photographs of adverse weather such as electrical storms and funny looking clouds. Seems to attract the most serious-minded individuals in what is already a fairly serious-minded past-time. Storm chasers use the term ‘core punch’ without the slightest trace of levity to describe the act of driving through the middle of a thunderstorm taking photographs as you go. I know, right? 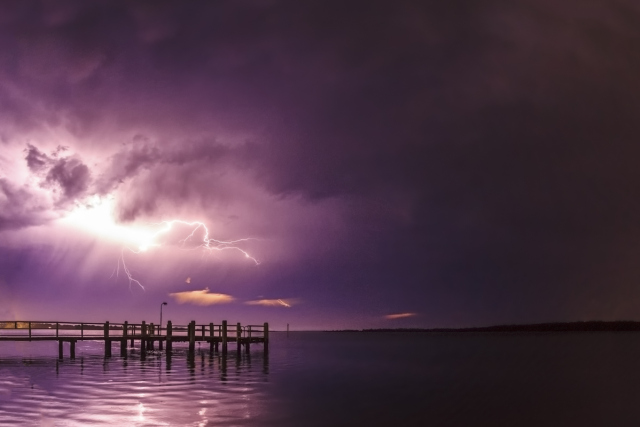 Travel Photography – holiday snaps taken on a DSLR rather than an iPhone.

Film – edgy dudes shoot on old-fashioned cellulose in the mistaken belief that it makes their photographs somehow more worthwhile than the average iPhone snap.

Kit lens – disparaging way of referring to the lenses that are bundled with DSLRs. Owners of said lenses are made to feel that they are inferior ‘glass’ (see above) that should be drop-kicked into a rubbish bin at the first opportunity.

Drone Photography – cool way of flying $500 into a lake.

Trophy Shot – this is photograph taken in a location that’s been shot thousands of times. Most photographers think they can do a better job than the other guy and so the caption for said trophy shot inevitably begins, “I know it’s been shot a thousand times, but …”

Semi-Pro – once sold a canvas print to a friend of their mum.

Pro – stay-at-home mum who bought an entry-level DSLR to stave off the boredom and keep the PND at bay and now charges $300 to photograph pregnant ladies and family pets using only kit lenses (see above).

Landscape Photographer – semi-autistic person who likes spending long periods on their own and didn’t fancy taking up fishing.

Secret Spot – geographic location jealously guarded by a photographer because they are obviously the only person worthy of recording its majesty. Said location is often revealed on social media by a local who comments, “Isn’t that Little Squiggly Dell down the end of Browns Lane?”, followed shortly after by a, “Yes, well spotted!” said through teeth so gritted they might just crack.

Instagram – place where photographers upload pictures of food taken on a DSLR while pretending they were shot on an iPhone.

Well now, my little guide to common photographic expressions hit a chord with a few people and brought more traffic to my blog in the space of 24 hours than it normally gets all year. It’s great that people appreciated it and I received awesome comments. So I decided to put my thinking cap back on and come up with some more definitions. As before, it’s just a bit of fun and I’m in the firing line, just as much as the next guy.

Urbex – short for urban-exploration, this increasingly popular style of photography requires practitioners to illegally trespass on someone’s (usually heavily vandalised) property so that they can photograph themselves wearing a WW2 era gas mask and a trench coat. The reasons for this are not readily apparent.

Tripod – walking stick with an uncomfortable bracket in place of a handle. Also serves as a cattle-prod, mugger-deterrent and depth-gauge for rivers. Sometimes used as a mount for cameras. 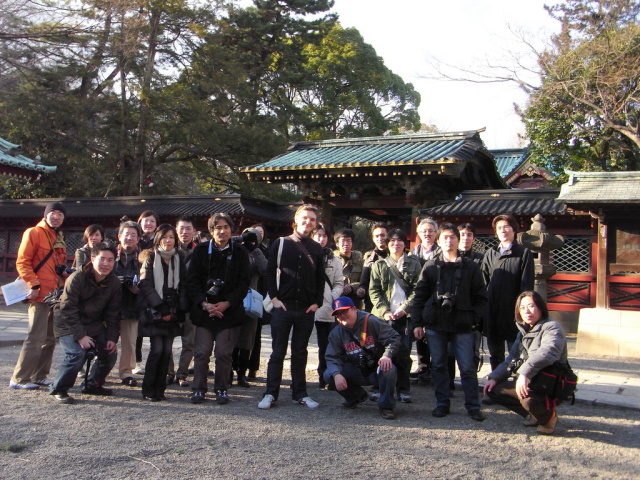 Photo Walk – highly ritualised meeting in which normally solitary photographers congregate in large numbers at popular tourist spots at the behest of YouTube celebrities. The purpose of the walk is to completely obscure the picturesque location from any tourists that happen to have flown in from thousands of miles away, by means of a human wall of nomadic photographers wearing Lowepro backpacks and shit-eating grins.

Wildlife Photography – the process of photographing a lion in such as way that he looks like he’s an alpha male, resplendent on the African savannah and not a depressed infertile old moggy sat on an ochre-coloured chicken-wire and concrete ‘rock’ in a middle-England city zoo that’s better known for its vegetarian lunches than its exotic creatures.

Capture – an alternative way of referring to a photograph. Seen as a pretentious expression by some people, but beloved of writers who’ve used the words shot, exposure or image too many times in the same article.

Rule of Thirds – grid-based compositional guide designed so as to remove all possible appeal from a scene by placing the main object of interest in one of only four blindingly obvious locations within the frame. Have an Irish friend say it out loud for an all-together different rule. 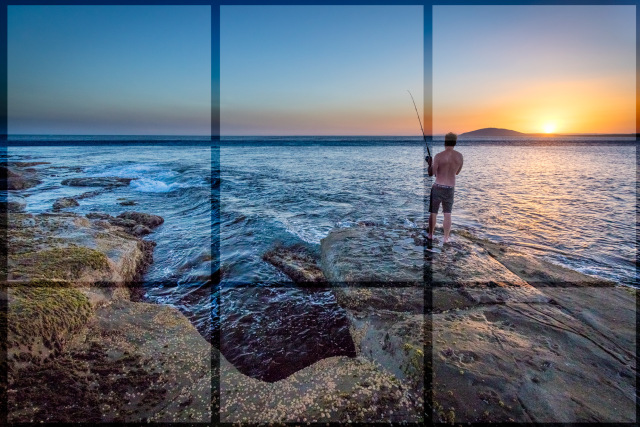 Keeper – that one shot in 250 which you’re not embarrassed to upload to your Facebook page.

Long Exposure – the first shot of the day when, having forgotten to check the settings beforehand, the photographer realises too late that the camera’s still set to last night’s 30 second manual exposure. The resulting shot is often far more interesting than what they were actually intending to photograph and is consequently shared with the caption, “Thought I’d try something different today.”

Photojournalist – career path with similar prospects to that of installer of asbestos ceilings.

Negative – the kind of comment you should expect when uploading your photo to certain photo sharing sites, such as 1X and pretty much any web-based photographic discussion forum.

Natural Light Photographer – someone who’s never successfully worked out how to operate a flash. Also someone genetically predisposed to not be overweight.

RAW – means never having to worry about your camera’s white balance again.

Constructive Criticism – bitter and usually unwanted commentary on your photograph by socially inept cretins who haven’t taken a decent photo themselves in 30 years of trying. The only thing you need to know about constructive criticism is that’s always the latter, very rarely the former.

Underwater Photographer – the goal of all underwater photographers is to take a shot where the water comes half way up the lens while below a perfectly in-focus sea turtle swims by and above the sun sets on a swimsuit model relaxing on the deck of a stunning yacht. In reality the memory card gets filled with shots of bubbles, blurred shots of rocks, shots of empty water (varying shades) and one shot of the sky taken when a bit of seaweed touched their leg and they panicked because they thought a creature from the deep was attacking them.

Blown Highlights – solid white area of a photograph caused almost exclusively because you were trying to ‘expose to the right’.

Compact Flash Card – small piece of silicon wafer embedded in plastic which warps in and out of existence on the temporal timeline, according to how desperate you are to find it.

Macro – international law states that there are only three permissible subjects of macro photography – drops of water, small house spiders and flower petals. 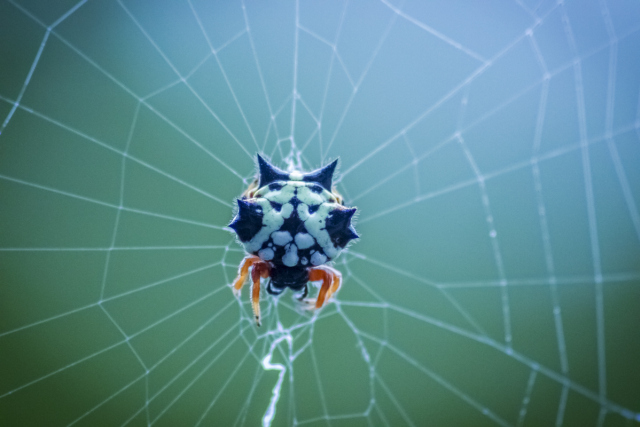 Dutch Tilt – photographing a subject (usually a person) at a jaunty angle, usually due to the failure of a tripod leg, but sometimes intentionally.

Metadata – where to find the name of the cracking group who hacked that bent copy of Lightroom you’re using.

Golden Hour – period of the day during which landscape photographers further alienate themselves from their loved ones by disappearing at precisely the same time as the evening meal is being served.

Auto-Focus – incredibly clever system that, by means of passive phase detection implemented through a beam splitter and micro-lenses, enables you to crisply photograph a tree instead of the racing car you were actually hoping to capture (see above). 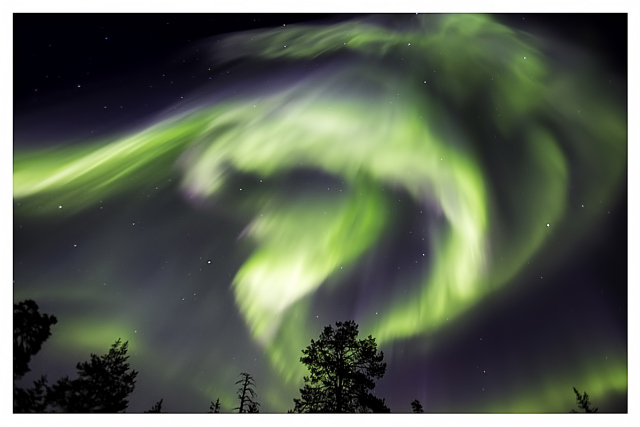 Northern Lights – rite of passage in which a budding photographer, approaching adult-hood, goes out into the wild with only a military grade tent, satellite phone and a 40lb backpack crammed full of the latest advancements in powdered meals, in search of Arctic disco lights and a career as a photo-tour guide.

Andy Hutchinson is a web designer, writer and photographer. He works in IT for Australia’s most famous non-profit organisation, was a club DJ, magazine journalist and a marketing bod. Andy was born and raised in the UK, but have travelled extensively and now live in Australia with his wife Catherine and their son, Joshua. He’s overweight, a militant atheist and hate beetroot. You can follow Andy on twitter, G+, flickr and his personal blog. This article was originally published as a two part series here and here and shared with permission.

This photographer gives a whole new meaning to “shooting birds”