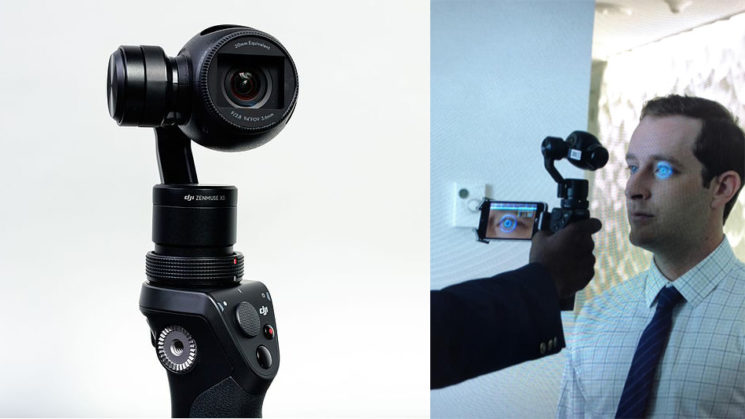 The Purge is a horror series that takes place in dystopian America of the future, where all crime is made legal once a year. And in this future, it looks like DJI Osmo gimbals will be turned into eye scanners. Someone caught an interesting frame of the series, where a DJI Osmo is being used as a “futuristic” eye scanning machine.

Matt Goodband‎ noticed this while watching the series and shared a photo on Facebook. It caused quite a lot of different reactions: from jokes to suggestions how this could actually be possible to make. A few commenters suggested that, if there were an app for eye scanning, this would actually make sense.

Seeing this photo caused me to chuckle at first, but then I looked at it objectively. First, this isn’t the first time photo or video equipment was used as a prop. As a matter of fact, one of the most iconic movie props ever was made from it. A flash handle from a ‘40s Graflex camera was turned into Luke Skywalker’s lightsaber.

And second, have to take one thing into consideration: that not everyone is familiar with photography or filmmaking gadgets. Sure, it does look funny to us who know what DJI Osmo is, but many fans of The Purge don’t know it. So, I guess using a gimbal as a prop isn’t necessarily such a bad idea.  What do you think?

« What happens when you hire a $0.25 retoucher
This is how high your light source should be for photographing portraits »