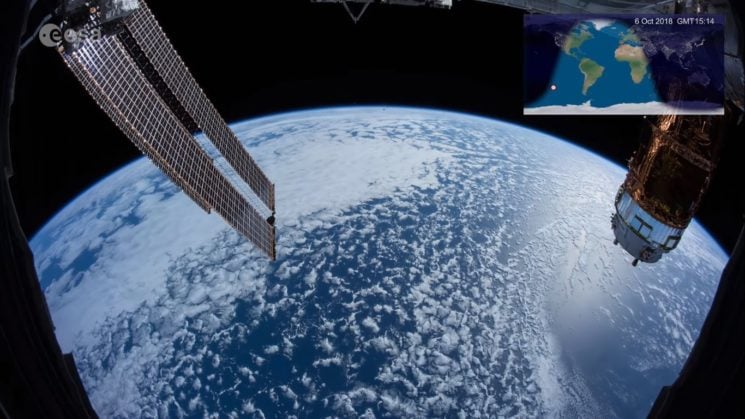 To celebrate the 20th anniversary, the European Space Agency (ESA) has published the longest timelapse video ever recorded in space. Starting from Tunisia, the timelapse takes you to two whole trips around our home planet, and it took more than 21,000 photos to create it.

The timelapse was created by Alexander Gerst, a German astronaut with ESA. He took approximately 21 375 images of the Earth from the International Space Station and turned them into a 15-minute video, 12.5 times faster than the actual speed.

The video starts from Tunisia and takes you across Beijing and through Australia, making two full circles around the Earth. You can see the day turn into night and the night into day. There are clouds, thunderstorms, and shiny lights of the cities. It’s magnificent. Throughout the video, you can follow the ISS’ location: there’s a map at the top right of the screen as well as annotations on the photos.

With the length of 15 minutes, this is the longest timelapse from space recorded so far. But on the other hand, what is 15 minutes for two whole trips around our home planet? Either way, this timelapse is awe-inspiring and worth watching, and I hope you’ll enjoy it as much as I did.