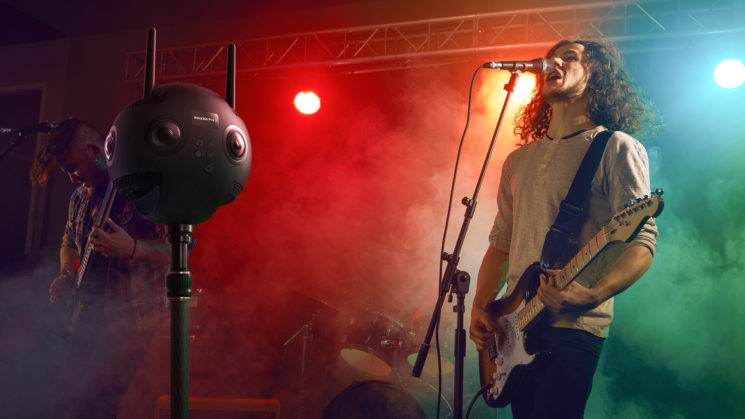 Like its predecessor, the Insta360 Pro 2 uses six cameras to see the world around it. But now, instead of a single SD card slot to store your footage, there are seven card slots. 6 microSD slots (one for each camera) and a regular SD card slot for when stitching in-camera. This has allowed the individual camera bitrate to jump from 40mbps per camera to 120mbps per camera, making for much higher quality footage.

These six cameras can produce both 2D and 3D 360° footage at resolutions of up to 8K and framerates of up to 120fps.

I don’t know about you, I really want to check out some of that 4K 3D 120fps footage in a headset played back in slow motion at 24fps.

The Pro 2 features a new stabilisation method with Insta360 called FlowState. It uses an ultra-precise 9-axis gyro to track all the motion of the Pro 2. When this is paired with Insta360’s software, footage is automatically stabilised.

The way Insta360 describes it, it’s essentially as though your camera’s sitting on a motorised gimbal, constantly keeping things level. Of course, without the extra added size and weight that a gimbal capable of accommodating the Insta360 Pro 2 would require. I would be interested to see how well this stands up against the usual motion blur of a handheld camera that isn’t mechanically stabilised. 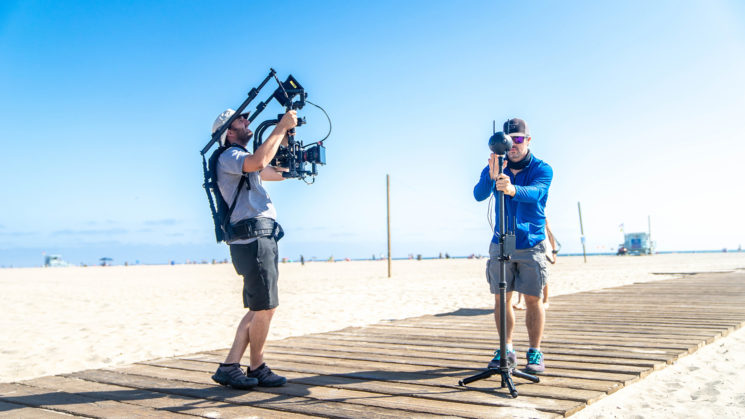 As well as the storage and stabilisation, the Pro 2’s wireless capabilities see a very nice upgrade over the Insta360 Pro. The Pro 2 comes with Insta360’s new Farsight tech. It’s a 360° live monitoring system with low latency that they say is optimised for long-distance previewing. It transmits at 5.18Ghz and offers a distance of around 300m on the ground and an impressive 1km from the air. 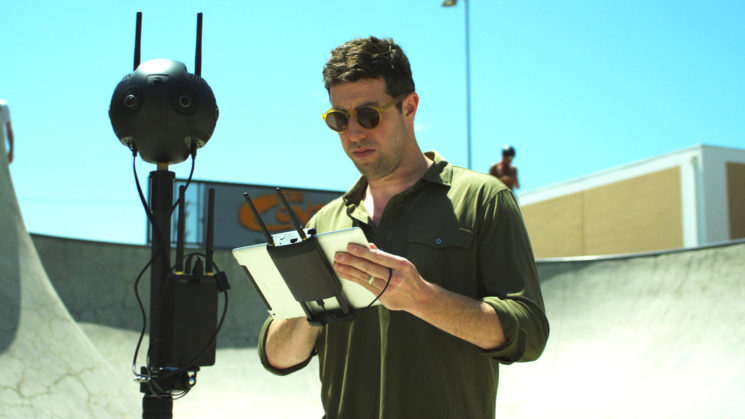 Another new feature with the Pro 2 is proxy files. It shoots these simultaneously along with the high-resolution footage, and it does this automatically. Thanks to an integrated Premiere Pro workflow, once these files are imported they’re automatically recognised and stitched. Then you can happily edit away with your lower resolution (faster to process) proxy footage, but then have it switch out to the high-resolution footage for the final render. 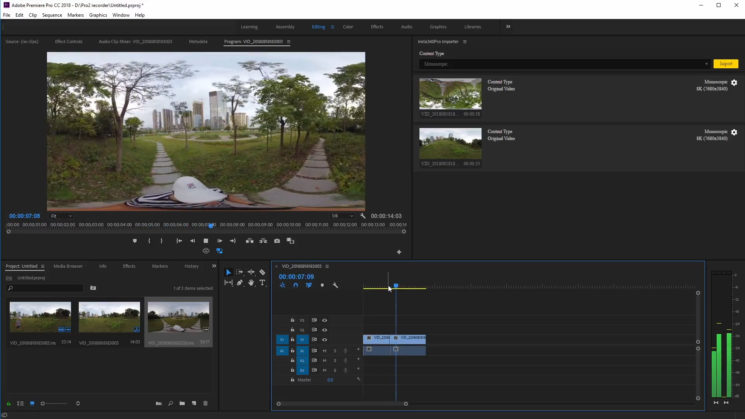 Weighing in at only 1.55kg (3.42lb) including the battery and antennae, it’s certainly not a heavy camera. It’s quite similar to something like the Nikon D5 or Canon 1DX Mark II without a lens. This means that it’s not that difficult to send up on a drone, either. Sure, you can’t bolt it to your Mavic Pro, but if you’re going to spend $5K on a 360° camera to put in the air, you’ll probably have a more hefty drone, too.

It looks to be an impressive successor to the original Insta360 Pro, even if the price has seen a bit of a bump, going from $3,799 to $4,999. And speaking of looks, it looks even more like a face now that it’s gained a couple of ears for video transmission. 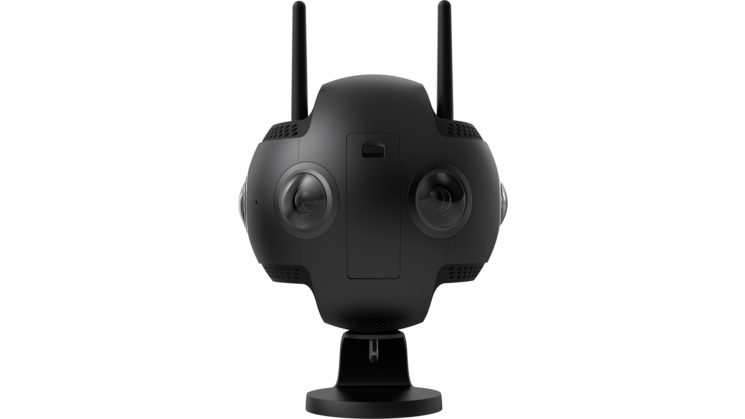 The Insta360 Pro 2 is available to pre-order now for $4,999 and they are set to ship in September. You can find out more about it on the Insta360 website. The original Insta360 Pro currently has a bit of a discount and is still currently available for $3,499.

Insta360 debuts a wireless video system for their VR cameras