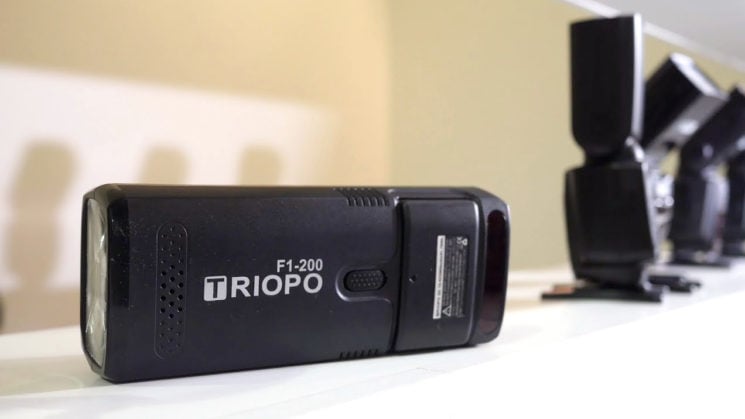 I wasn’t able to make it to Photokina this year, but our friend David at Lighting Rumours did. He happened to stumble across the Triopo stand where he noticed a very familiar looking light. Those who are used to working with the Godox AD200 will immediately recognise the inspired design of the new Triopo F1-200. But it’s not quite the same light.

There are some similarities, of course. It has that distinctive brick-like design, with a flash head that doesn’t rotate like a traditional speedlight. And there are controls on the back end with a large LCD. It has a built-in Fresnel head which features an LED modelling light. But that’s about where the similarity seems to end, really. 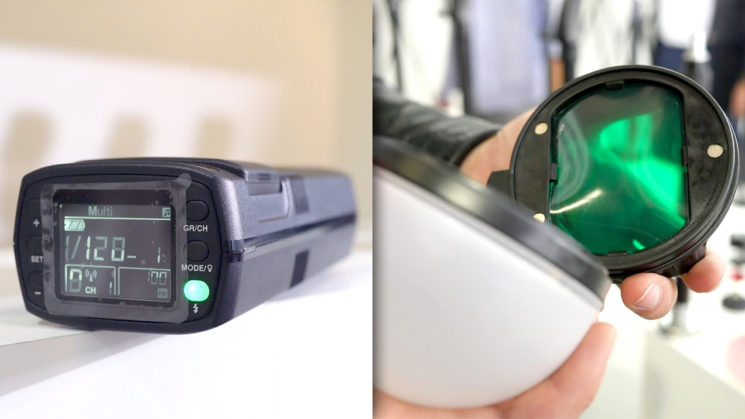 Unlike the Godox AD200, the head is not interchangeable. It’s moulded and fixed into the unit. So, there’s no bare bulb head, no LED head, and no round head. There isn’t even an option for them to release one in the future, either. At least, not for this light. But it does have an attachment to connect magnetic modifiers similar to the recently released H200R round head for the AD200.

David says that the final specs for the Triopo F1-200 haven’t been released yet, so we’ve no idea how the power actually compares to the AD200 with the Fresnel head. Nor do we know anything about the flash duration or recycle times.

All Triopo has said is that it will offer TTL for Nikon and Canon (not Sony, Fuji, Panasonic, Olympus or Pentax) as well as High Speed Sync and remote power adjustments using the Triopo Q1 remote trigger. Looking at the LCD in the above image, it also looks like it supports stroboscopic multiflash mode, too, possibly up to 100Hz.

Obviously, the Godox AD200 design is much loved. Just seeing how many people shoot with them and recommend them tells you that. So it’s no surprise that it’s been copied. To be honest, I’m surprised it’s taken this long.

As to whether the Triopo F1-200 will see the same response remains to be seen. As does whether it even competes against the AD200 with the Fresnel head. And even if it can, the price would have to be much lower than the AD200 to account for the fact that you can’t swap out to a bare bulb or other head.

But it looks like a neat attempt to try out the compact design of the AD200 without completely ripping it off.

You can see more photos and read David’s thoughts over on Lighting Rumors.

Hands on with the Godox Witstro AD200 Strobe