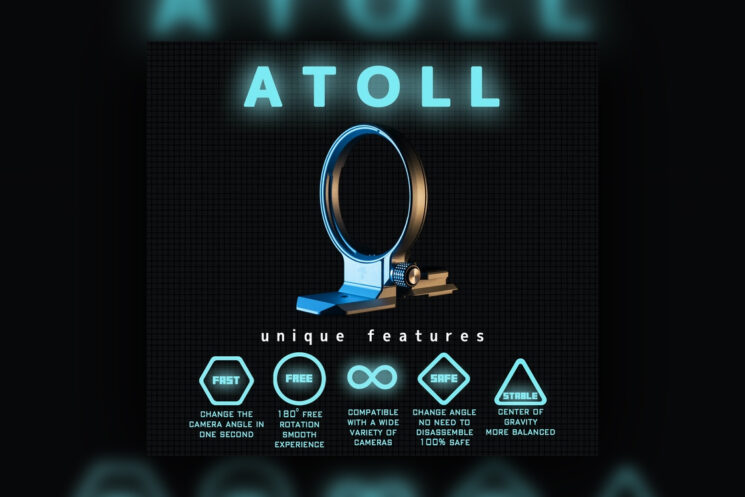 At first, the Atoll might seem like just a regular tripod collar, the kind that many of us have used with our lenses for years – at least telephoto lenses. But Atoll comes with a bit of a twist (no pun intended) that allows you to get that lens collar functionality with lenses that weren’t actually designed to have a collar attached.

It’s essentially two mounting plates in one – one that goes on top of your tripod head and one that mounts underneath your camera – connected via a rotating ring that goes around your lens and allows you to easily rotate it without having to deal with the inherent issues of ball heads and blocking cable connections. It’s been launched through Kickstarter where it’s already hammered its goal multiple times over.

It’s a bit like a lazy Susan for your camera. A metal ring rotates inside itself with one foot that attaches to your tripod head and a plate that goes underneath your camera body. You can then rotate your camera just as you would with a telephoto lens using a traditional tripod collar. It’s designed primarily to help get over the issues of a ball head, such as shifting the centre of gravity off to the side and having to waste time fiddling around to get things just level again (which can be a pain when your plate’s at 90° to the ball).

But for video shooters, especially in today’s world plagued by vertical video, it means you can have your camera rotated in a vertical orientation without things like HDMI cables (or your flippy out LCD) getting in the way – a common problem with the usual L brackets – as the camera itself hangs slightly off behind the tripod plate. Given the cost of your average decent L bracket these days, this looks like a decent alternative.

The Atoll allows for a full 360° of endless rotation. And one area where this might be of particular usefulness is with macro photographers that regularly shoot out in the field. If you’ve ever had your tripod centre column reversed and pointing down towards the ground with your camera hanging upside down, you’ll know exactly what I’m talking about. Sure, you can flip things around in post, but it’s a whole lot easier if you don’t have to, no?

Of course, all brands and even individual cameras within the same brand are different. There are slight dimension differences between the position (and diameter) of the lens mount and the tripod socket on the camera. And while there is some level of adjustability available on the Atoll, there are three different versions available in different sizes depending on the camera and lens you’re using. Of course, there are also one or two caveats. 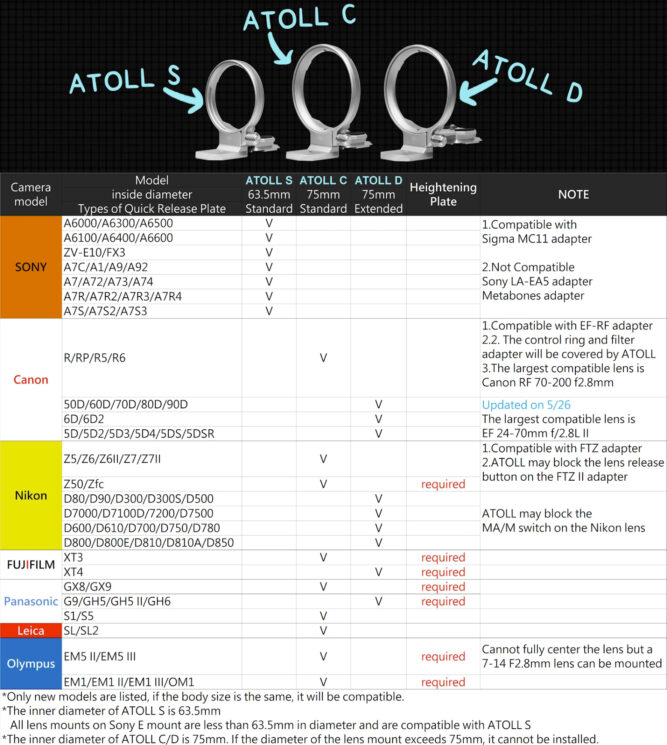 If you’re interested in finding out more, head on over to Kickstarter, where Atoll has already beaten its goal 8x over and pledges start at $79.