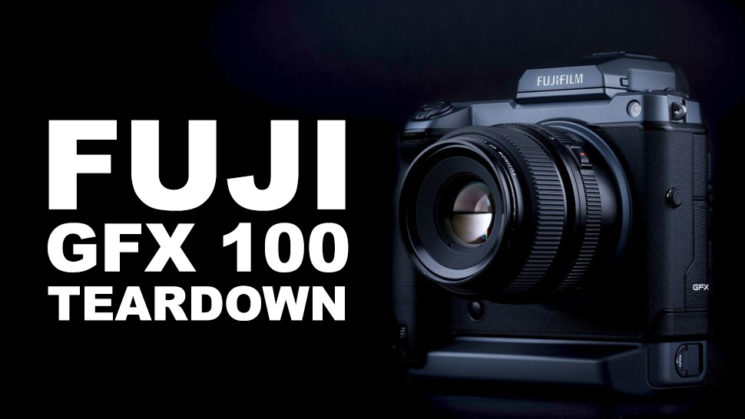 Setting the whole DSLR vs mirrorless argument aside for a minute, there’s one thing that’s remained constant amongst all of them. Don’t let it get in contact with saltwater. And if you are going to head out into the ocean with it, make sure to check that you’ve got a reliable dive housing with no leaks!

Lensrentals recently had a Fuji GFX 100 out, which they were told was used in a dive housing and “suddenly died for no reason”. It turns out that there was a reason. Not wanting to risk killing a $10K camera themselves, they spoke to Fuji, who gave them the “repair not possible” line. Well, if Fuji’s told you it can’t be repaired, and the insurance has already paid for a replacement, why not tear it apart and take a peek inside?

While we’ve seen the GFX 100 being built before (a couple of times), this is the first complete teardown of one I’ve seen so far. Now we really get to see inside the guts of the camera and what makes it tick. Also, how well it deals with (or doesn’t) corrosion from saltwater. It took them about 10 seconds to realise that the camera had indeed been exposed to saltwater. The instant they removed the plate over the tripod mount, it became quite obvious. 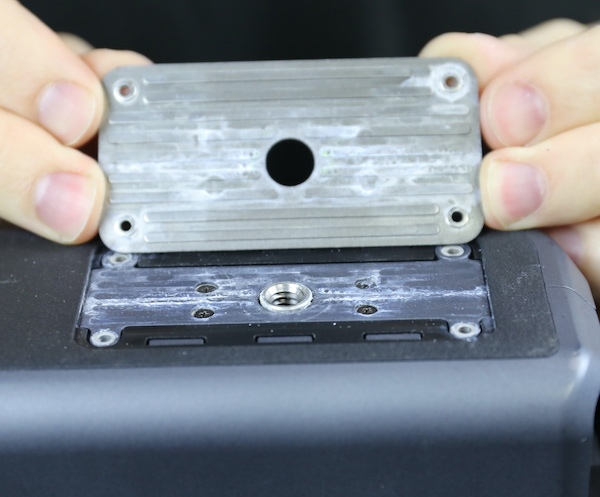 Removing 4-8 screws in most cameras lets you take off the tripod plate. If there has been water, you’ll almost always see corrosion under it; water tends to wick up along metal, often traveling a good ways from where it originally entered.

This is something Lensrentals pointed out back in 2017, too. So, if you’ve got a water-damaged camera, there’s no point lying when you return a camera that isn’t yours or send one in for repair if it is. They’ll know almost immediately.

Removing the grip rubber showed more salt deposits where the two halves of the camera’s shell join together. This is the reason many manufacturers will simply say that a repair isn’t possible without even going any further. Opening the camera further showed a lot more corrosion in various places throughout the camera as a result of the saltwater, but the Fuji GFX 100 has some very interesting, unusual or just plain impressive design elements once you open it up. 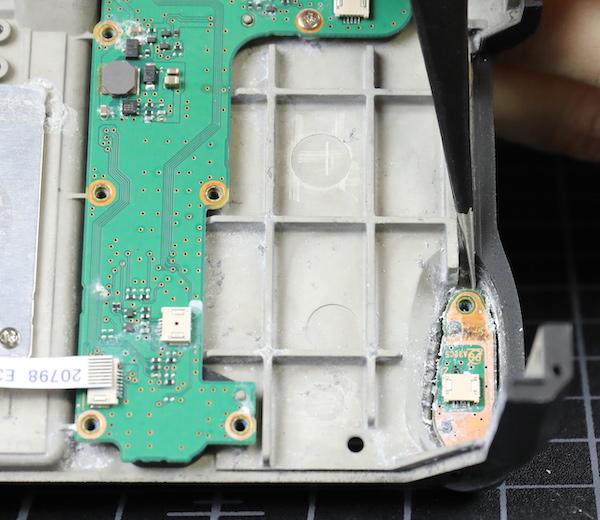 The teardown offers a very interesting look inside the camera, showing far more than we could see in the factory tour assembly videos linked above. You can really see just how much thought and attention to detail Fuji puts into their cameras with this one. Although, perhaps not surprisingly, they don’t have much faith in the weather sealing claims, especially after having now had a look at the seals for themselves.

Head on over to Lensrentals to check out the complete teardown with lots of photos.