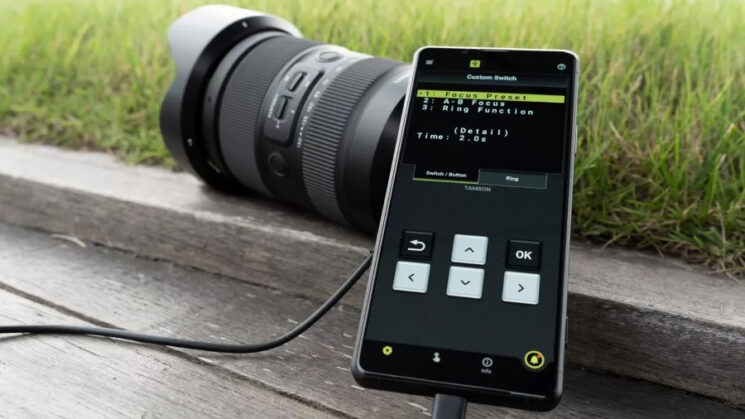 Tamron released its Lens Utility app for Windows and Mac desktops back in October 2021. It’s a great tool that works like similar software from other manufacturers, letting you upload firmware, configure switches and doohickies on lenses or tweak your focus limits, preset distances and various other features. Well, not everybody wants to drag a desktop or even a laptop around with them everywhere. Now, you don’t have to.

The Lens Utility Mobile app, teased back in August, has now officially been announced. So far, naturally, it’s only available for Android devices, as the lenses that support this feature all have USB-C ports. Android smartphones let you hook up pretty much anything you want to them, whereas iOS devices don’t, even if you do have a USB-C to Lightning cable.

The video above highlights the desktop version of the Tamron Lens Utility, although (almost) all of the features it contains are also available to you in the mobile version of the app, too. They’re arguably more useful to have in your pocket on your smartphone as well. If you regularly need to adjust distances for rack focusing when shooting video, for example, it’s something you might want to reconfigure pretty often. Even with a laptop, that’s not as quick and easy a process as just pulling your phone of your pocket!

One thing you can’t do with the mobile app that you can with the desktop version is updating the firmware. You’ll still need to use your Mac or PC for that one. But everything else appears to be there. Here’s the complete set of features Tamron lists…

Given that the mobile version doesn’t let you update firmware, that’s something Tamron says you’ll want to do from your computer before connecting it with the mobile app, just to ensure that the app and firmware version contained in your lenses are both on the same page and can communicate effectively.

Tamron Lens Utility Mobile for Android is available to download now from the Google Play Store and you can find out more about it on the Tamron website.

« The best photo upscaling AI in 2022. Compared.
The Photon is a tiny open-source handheld light meter powered by a Raspberry Pi Pico »