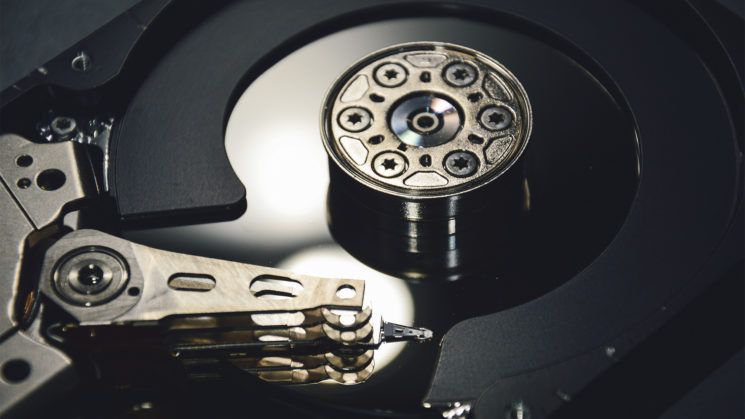 Backblaze recently had a look into just how hard drive prices have changed over the years, and they turned up something quite fascinating. One would expect that the larger the drive, the lower the per gigabyte cost. But it turns out that’s not quite happening in the real world.

If anybody knows what hard drives cost, it’s a company like Backblaze. They did a similar investigation in 2013. Now realising they’d purchased nearly 75,000 hard drives, it was time to take another look, especially with the advent of 5, 6, 8 and 10TB drives. What’s most interesting, though, is that the best value seem to be the 4TB drives (except for the 8TB drives that Best Buy have on sale). 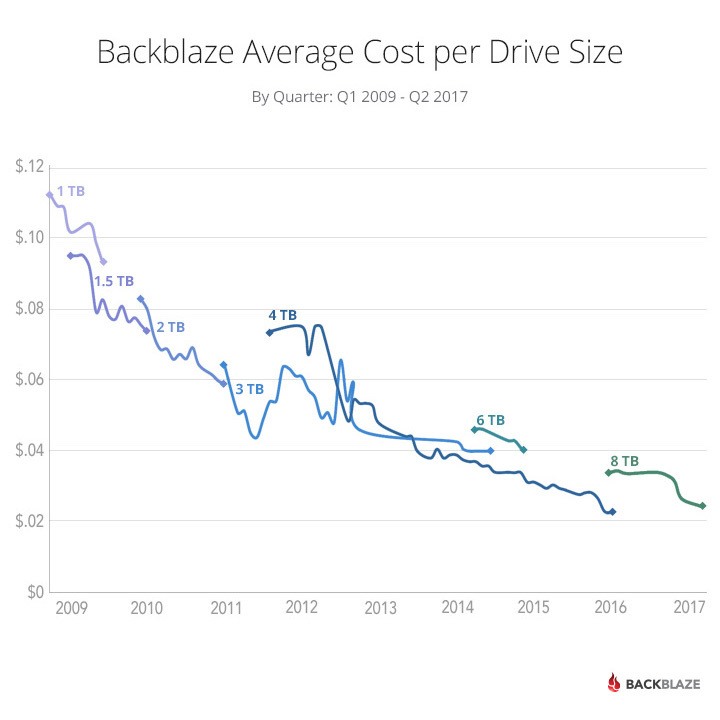 After taking the price lead in 2013, 4TB has maintained it ever since, regardless of capacity. And I’ve noticed this myself, too. I recently wanted to witch out some older 1TB drives in a system here. I wanted to replace them with four larger drives. 4TB came up the best price per GB every time, regardless of brand or retailer.

It looks like they haven’t acquired any new 4TB drives in the last year or so, although 8TB has only just started to reach the same price per GB that the 4TB drives had in 2016.

Backblaze believes it’s simply a case of 4TB being “big enough” for the masses. That most people aren’t buying any bigger because they simply don’t need them. 4TB is at that perfect price per gigabyte sweetspot. This drives more sales of 4TB drives which, in turn, makes that deal even sweeter as unit prices decrease.

It’s unclear if this will change much in the near future, as more data-hungry devices are released. Camera raw files are getting bigger by the day, people are downloading more movies from online services to “watch later”, and there are more people than ever creating and editing videos with higher bitrates for platforms like YouTube.

What is very clear, though, at least according to Backblaze is that while the prices are still dropping, that rapid fall has slowed to a gentle glide. In the last 3 years, the average price has dropped from $0.04 to just under $0.03.

Of course, it’s a logarithmic scale, not linear. So, it is all about how you interpret those numbers. It’s an interesting read, though.

Check out the complete report over on the Backblaze website.