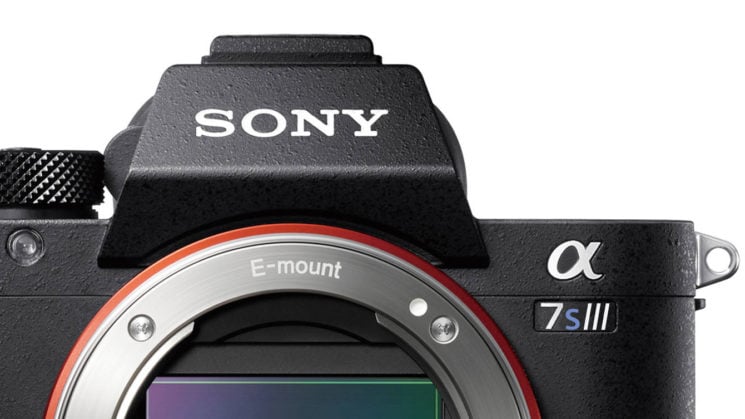 Well, this is unusual, although not all that surprising. I mean, it’s a surprise move, but if it had to be anybody… Sony likes to be different, especially when it comes to memory cards. According to a report on Sony Alpha Rumours, the Sony A7S III will be the first camera to use CFexpress Type A memory cards. It’s an odd choice, given that nobody makes CFexpress Type A, although it does make some sense.

SAR initially reported a rumour that the A7S III would feature dual CFexpress and SD card slots, but that it would be “CFexpress Mini”. At the time it did sound a little confusing, although they now say that the speculation has been confirmed by a new source stating that the A7S III will indeed use CFexpress Type A.

CFexpress Type A is actually half the speed of the now-commonly-available CFexpress Type B, which might seem a little odd, although even at half the speed of Type B, it can reach speeds of up to 1,000MB/sec – which is still far more than the A7S III is likely to require for its video bitrates, even at 4K 120fps and also much more than the 300MB/sec top speeds of UHS-II SD cards – and those higher speeds might be demanded for 4K 120fps. 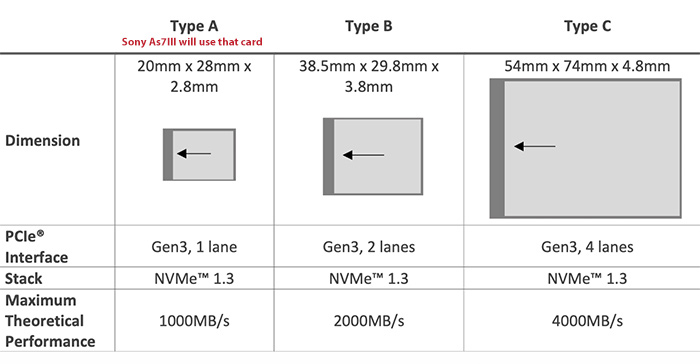 Whether or not Sony really needed to go to the smaller CFexpress Type A form factor or could’ve stuck with Type B will only really be known once the camera is released and we can see it in our hands, but it wouldn’t surprise me if this was just a way for Sony to force its customers to come buy their memory from them – after all, Sony can’t not start making them. With the majority of CFexpress devices using Type B, it’s unlikely that other manufacturers will be lining up to start making Type A just yet.

A combination card slot that can accept both CFexpress Type A as well as UHS-II SD cards is an intriguing idea. If it does end up just being a single dual-format slot, that could be frustrating to those who’d hoped that they’d be able to record to two slots simultaneously. But, SAR believes that there might actually still be two of these combination card slots, with each of them accepting both memory card formats.

So, maybe you will be able to record full resolution to one card and low-res proxies to another, after all. Well, we only have five more days to wait until we find out!

« What to do when approached by a bear? If you’re this woman, you shoot a selfie with it
MyHeritage photo enhancer shows you what your ancestors really looked like »