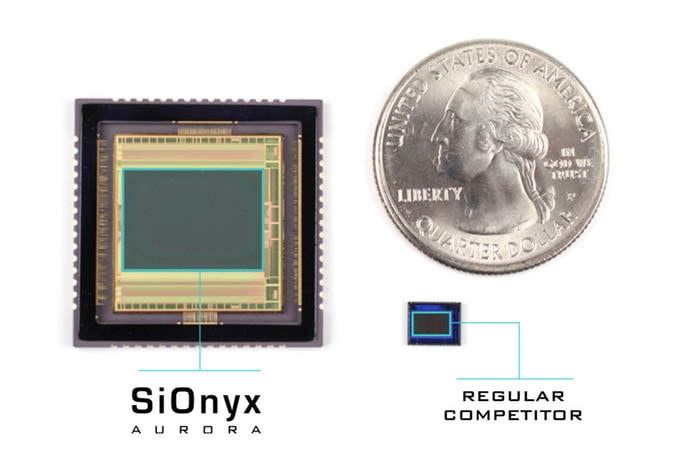 We’ve seen a lot of action cameras that packs a lot of gimmicky features, but Sionyx’s Aurora is the first ever to incorporate color night vision. Since it launched its Kickstarter campaign, it’s received a lot of interest and reached its $50,000 goal in just four hours.

The design alone makes the Aurora different from the rest of the action cameras in the market today. Instead of adopting a GoPro-style body, it looks more like a really tiny camcorder. Additionally, it features a one-inch sensor that’s significantly bigger than its counterparts. Subsequently, the larger sensor makes the camera more sensitive to light.

The Aurora offers three modes for different shooting conditions. The first is the Day Mode for regular daytime recording. Then there’s the Twilight mode (color night vision) which uses ambient light to enhance the image. The third option is the Night Mode, which is meant for shooting in almost total darkness. Unfortunately, the footage you take in this mode will not be in color since it records in infrared. 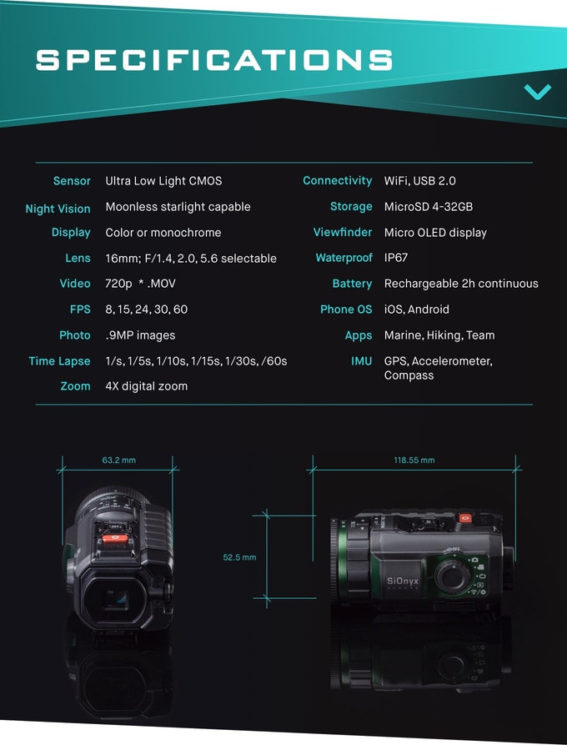 On the surface, the Aurora can potentially be groundbreaking. Just try to imagine a camera that can shoot in the dark? However, I highly doubt that it can compete with the GoPro just yet (not that it’s trying to be like GoPro). Apart from the impressive color night vision, the sample videos on the Sionyx website look duller than even the first generation GoPro. Since it doesn’t have image stabilization, it also suffers from terrible camera shakes. I have to say that the Twilight and the Night Modes are quite impressive. However, even the footage taken using those functions look too grainy for use.

The price of the Aurora is pretty steep as well, but that’s to be expected for a night vision camera. According to Sionyx’s Kickstarter page, Aurora’s MSRP is going to be $799. If you pledge $559 or more, you’re technically buying the camera at a discounted price. And if you choose to donate $4,000 or more, you’ll get to experience a “ghost hunters adventure” in Canada along with other perks.

Personally, I see the Aurora as a night vision scope with video function. If you’re an avid outdoorsman, this device has plenty of practical uses. And if you don’t mind the graininess, it’s perfect for capturing late night adventures in the woods.

« New Phase One drone camera will have a 44×33 100MP Sony sensor
Photographer captures coal mines from above, and they look like sights from another planet »