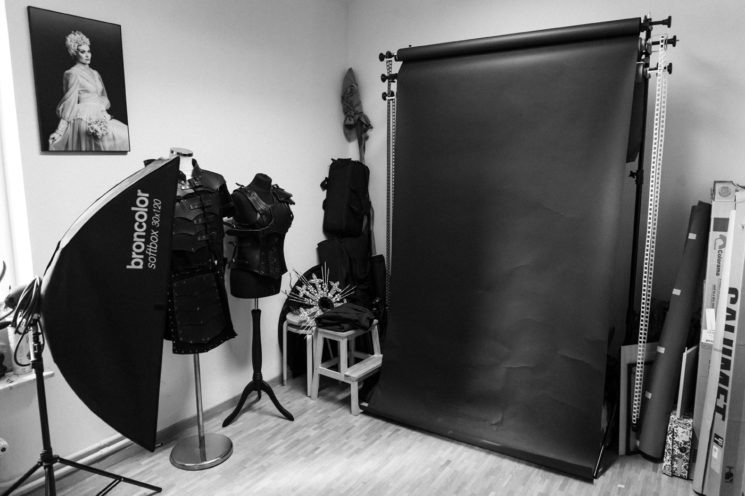 A lot of people seem to think I have this giant space. I do not. I actually never had more space than those 2 converted bedrooms I work in now and not so long ago I rented a small, bedroom-sized commercial space. And even before that, I used to work in my studio between my bed and desk. And going even further back, I had to sit on my bed to even be able to shoot a half body. I started working with clients in the time I had a one-room living studio space. Good times.

I think space, as a whole, is something I’m right now in between proud and embarrassment. It’s small and it’s stuffed full because I got too many awesome costumes and props and a number of lights I’m not really able to place around yet have been managing kinda okay actually – considering where I got through that road in the past 3, 4 years of doing this studio stuff. 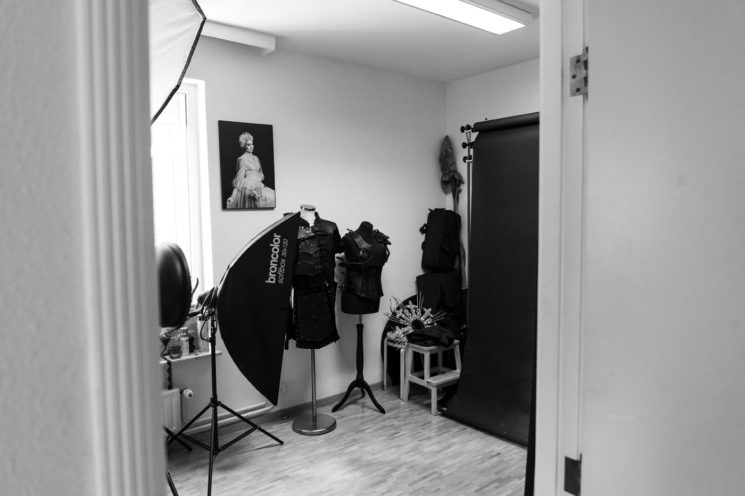 The entrance to the studio of my alternative reality from day to day.

So right now, have an introduction in my space part 1! The next blog will be about my office, the one I’m working on right now while writing this and basically doing everything else when I’m not shooting in my studio or somewhere on another location for the job.

But let’s talk about my magical place right now where I create about 99% of my work for the past 2 years that you see and probably has brought you to this blog all the way: Our apartment right now is pretty big, which means I was able to not only take one, but two bedrooms for my professional purposes of photography and everything surrounding it – which has been absolutely amazing as I never had this much space and even though right now I’m really feeling it’s limitations – I love the simplicity because it gives me a constant purpose to motivate and push those edges in all directions. There is nothing more, it’s all I have. And it has learned me to think only within the frame of my camera, not outside of it.

I also got pretty good at figuring out space-management, which was until not so long ago owning between 300 to 400 costume pieces (including as far as 8 sets of armor), a bunch of lamps & modifiers thanks to the GenNEXT Broncolor program, a ton of material like my giant reflector (I use to avoid light bouncing off my wall) and way too many colored backdrops. An IKEA wardrobe became partial costume storage (also becoming an awesome interior styling thing), holding also a ton of modifiers & props I use during shooting and other technical equipment – finished with a piece painted by my dear friend Shienra featuring “Triss Merigold” from the Witcher. Behind my backdrop I have my own armor and weapon armory (that 1m35 backdrop hides three full sets of plate armor, way too many fake and real weapons and some loose pieces for example), the corners have been transformed to one side some more light equipment and my authentic harpoon (yup) while the other is the “backdrop spot” where I can easily pick and store anything I don’t use. 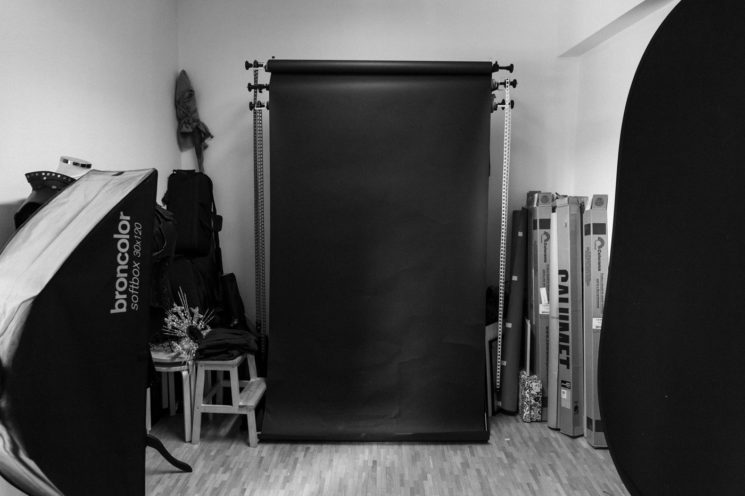 Photo above – My studio: 1m35 of Colorama paper fun I have worked on since the earliest days of purchasing this in 2015. I went through about 3 black backdrop rolls by now – but most of my rolls have been going strong since the start. it’s pretty crooked – but I don’t cut it off unless it’s like literally falling apart from (ab)use as I don’t always shoot full body and backdrop paper is expensive … Currently, it has two new holes into it due to yesterday’s evening shoot (woops).

The studio holds the following equipment: a Broncolor Siros 800, a move 1200 with 2 lamps, a beauty dish, an octabox, two strip boxes (30x120cm on permanent lamps – my other is folded up and away), there is also a para, a picolight with various attachments and some various stuff that is either brandless or fun tools.

When I’m not using my lamps; I usually store them all in front of my backdrop – keeping 2/3rd of my studio free which is easier to clean and keep track of; but when I’m working I usually put them on my left when shooting as they’re not in the way of either myself or the set.

Against my “free” wall I have stored some mannequins, which is just easier to store another 2 sets of armor. They also hold some stools to sit on – but it’s also where I often put my main light; which is why I don’t bother to cover that wall as the light comes from that direction anyway. The other side I have my (by accident, way too big) reflector; which is my most beloved thing now because it doubles both as anti-light for deeper shadows but also as a bigger and especially higher backdrop when my model(s) and/or sets are too tall. Two-in-one is awesome.

And that’s about it. Do I want a bigger space? Please yes. I REALLY do. But until then, it’s my cozy space.

Am I a bit embarrassed and shy to share this finally? I actually do. It feels in a way unprofessional to share how small and humble my space is to be honest, but at the same time: this is what it is. I don’t nééd more to be able to do what I do and I know once I hit a new chapter in life – one with hopefully a bigger space – I am aware how lucky I am to have it and how many crazy opportunities that is giving me. And I can basically work almost anywhere by now because I’m not bothered as much by what (isn’t) there. 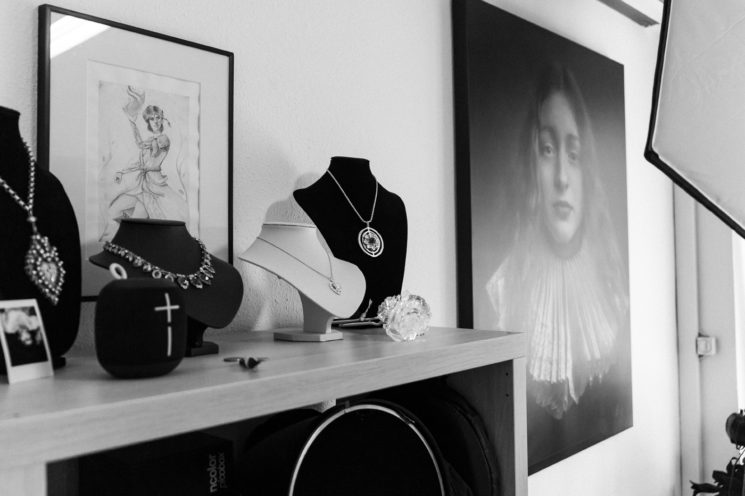 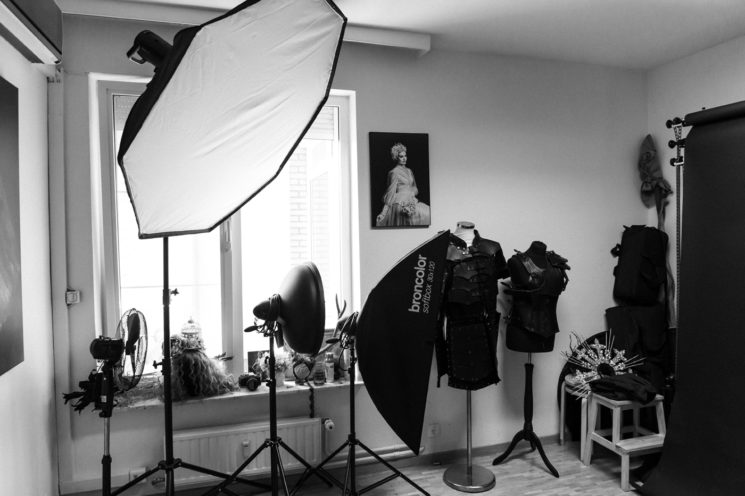 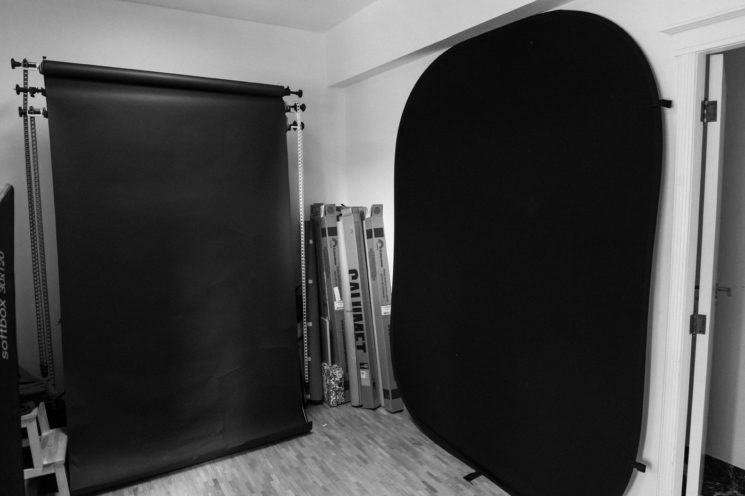 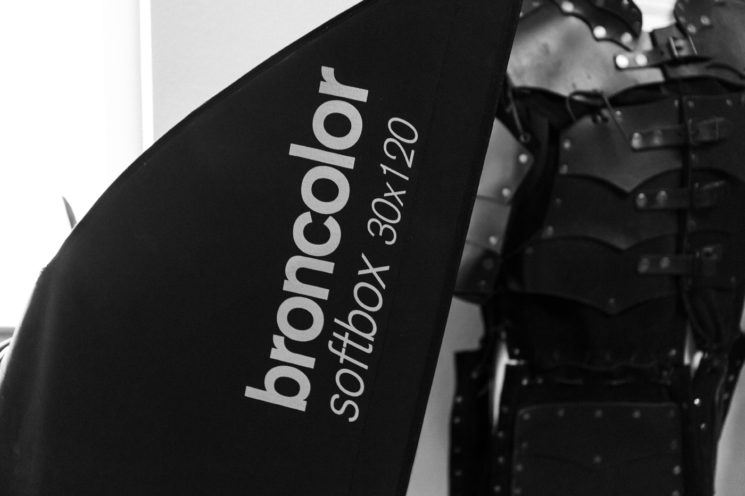 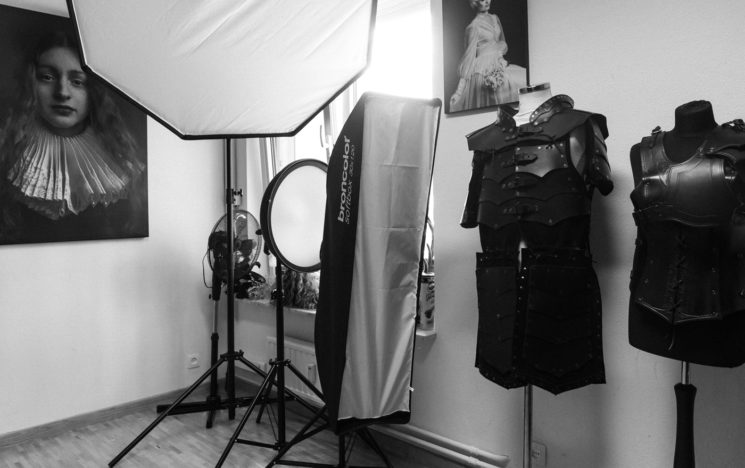 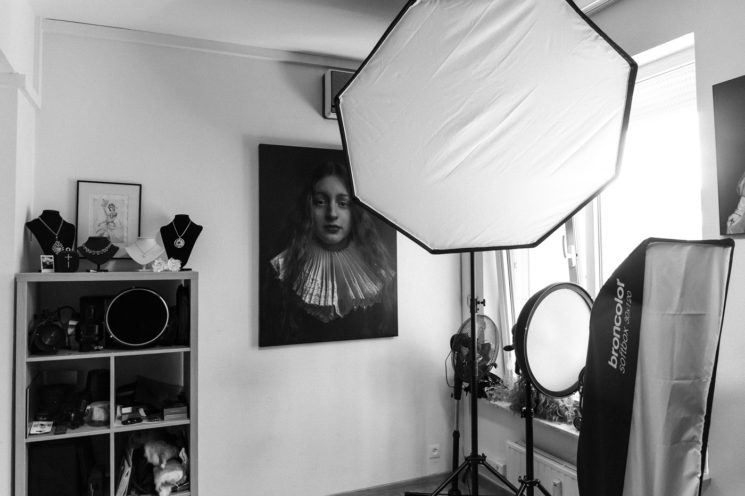 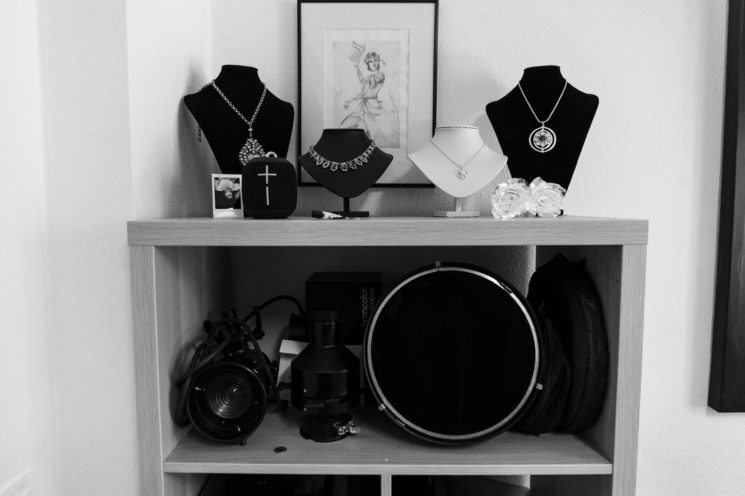 Laura Sheridan is a photographer and educator based in Antwerp, Belgium. She has always been fascinated by creating art and her work is heavily inspired by preraphaelites, baroque and mythology, but with a flair of modern creativity. In 2018, Laura became one of five Broncolor GenNEXT ambassadors. You can find out more about Laura on her website and follow her work on Instagram and Facebook. This article was also published here and shared with permission.

Maximising space – A tour of our new not-huge studio