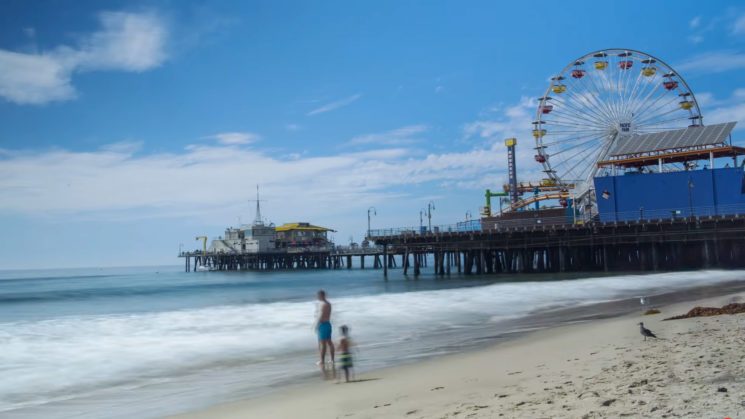 Shooting long exposures on a bright day can be a hassle. Even with your aperture at f/16 and ISO as low as it’ll go, you’re lucky if you can get slow enough to blur motion. This is where super strung neutral density filters come in.

Jay P Morgan of The Slanted Lens takes us out on a visit to Santa Monica beach in this video. Using Syrp’s new Super Dark variable ND to cut 6-10 stops of light from his exposure, Jay is able to get those 2-4 second exposures you need for daylight timelapse.

Even in the daytime, you need these long exposures for something like timelapse. Without the blur, there’s no real sense of motion or direction. People and objects just seem to randomly bounce around the frame.

While Jay is taking this opportunity to test out and show off the new Syrp Super Dark variable ND, I prefer the old fashioned way with single strong filters. I use a set of Schneider 1-4 stop ND filters with a Cokin Z-Pro holder, and a B+W 10 stop when I need serious light stopping power. The principle, though, is the same.

Jay mentions something in the video, too, that I’ve also firmly believed shooting timelapse for a number of years now. Basically, the 180 degree shutter rule goes completely out of the window once you start dealing with long exposure timelapse. Despite the fact that you’re playing back at regular video framerates, it just doesn’t look right.

According to the 180 degree shutter rule, if you’re shooting 4 second exposures, then you’d want an 8 second interval for each shot. This gives a 4 second gap between the end of one shot and the beginning of the next. The problem here is the speed at which most people and objects move. There’d be big gaps between frames where subjects seem to bounce from one spot to another. Yes, they’d still be blurred, but it wouldn’t be a smooth motion played back at 24fps. 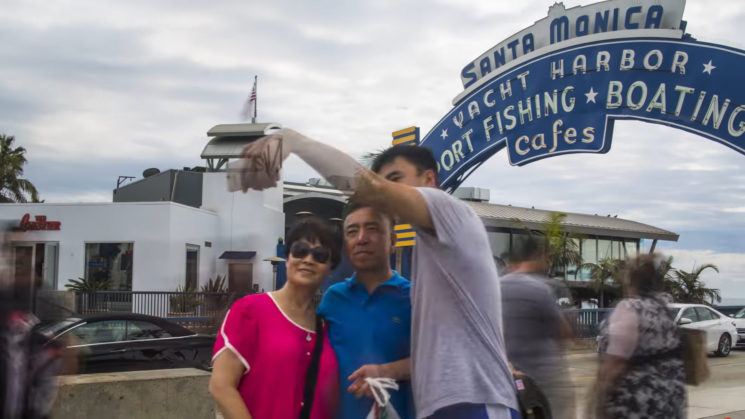 So, as Jay suggests in the video, and the way I’ve always worked, is you want to leave as short a time as possible between exposures. So, if you’re shooting that 4 second exposure, have a 4.5 second interval for each shot. 4 seconds of the shutter being open, then half a second for the camera to write out the image and be ready for the next shot.

This gives a much smoother flow of subjects in front of your lens. It also provides a result that’s far easier on the eyes.

Do you shoot long exposure timelapse during the day? What neutral density filters do you use? What other tips and tricks can you offer for shooting timelapse in the daytime? Let us know in the comments.

Shooting in direct sunlight? Here are some ways to create shade