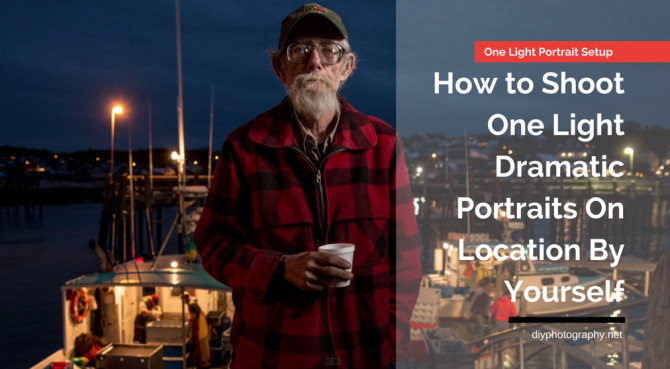 Who says pulling off an entire photoshoot by yourself needs to be difficult? Not Jay P. Morgan. In the quick video clip below he invites us behind the scenes of photoshoot he did on location in Maine. Morgan wanted to photograph fisherman on his first visit to New England, but he traveled light for this trip, only carrying a single light and softbox along with his camera. Seeing as how he only had two hours to setup and complete the shoot, not having an extensive lighting setup kind of worked as an advantage. He had an assistant along with him, but her job was strictly to film the behind the scenes footage, Morgan handled the photoshoot all on his own.

Curious as to how he pulled it off? Here’s the scoop: