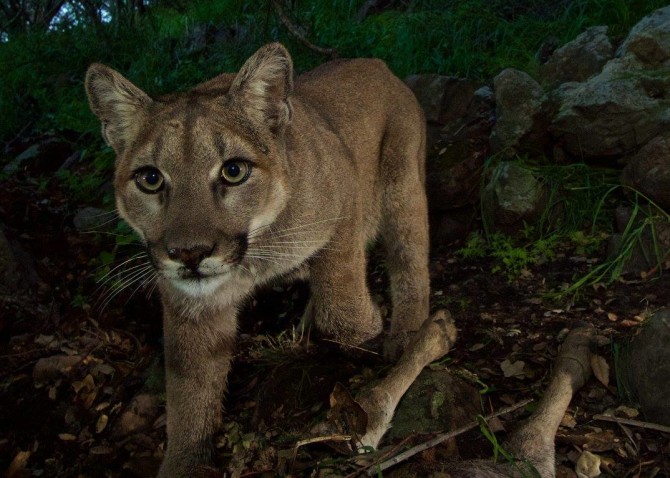 Mountain lions, also known as pumas or cougars, are one of the largest and most powerful predators in the United States. Despite that, they are reclusive and tend to stay away from people, making it very difficult to photograph them.

A National Parks Service biologist was able to track a deer carcass thanks to the GPS coordinates from one of the mountain lions’ tracking collars, and hike to the location during the day to setup a remote camera while the animals were away. Come night time, the lions returned to the carcass and were surprised to see an unknown flashing contraption that had mysteriously shown up.

While this is not the first time mountain lions were captured by a remote camera, the animals captured in these images might account for up to a third of the entire Santa Monica Mountains population.

Ranger Kate of the Santa Monica Mountains National Recreation Area posted a bit of background information regarding the specific cats captured in this set of images:

“New photos of P-19 and her two nearly-grown kittens, P-32 and P-33, feeding on a deer carcass (WARNING: graphic photos). Kittens normally stay with their mother until they are about one to one and a half years old. One of the siblings, P-34, had already dispersed and it appears that these kittens may have also left their mom since the photos were taken in mid-February.

This is P-19’s second litter and we’ve been tracking all three kittens since they were four weeks old. Since we started studying these animals in 2002, we have not tracked any male mountain lions that have successfully dispersed out of the Santa Monica Mountains. Photos taken via remote camera on the western end of the Santa Monica Mountains, near the L.A. and Ventura County line”.

Unlike some predators that live in close quarters to humans, the low number of animals is not the biggest problem for the Santa Monica Mountains population. “The problem (at this point) isn’t so much that there are a shortage of animals”, says Ranger Kate, “but rather that the inability to move around to larger territories (and for younger animals to disperse) means that only or two males dominate all the breeding opportunities”.

It is estimated there are 10-15 of these dexterous cats living in the Santa Monica Mountains with freeways constricting their movement and separating them from nearby populations:

“Mountain lions in the Santa Monica Mountains are trapped on an island of habitat. They’re hemmed in by the 405 and 101 Freeways, as well as the Pacific Ocean and the Oxnard agricultural plain”.

With the cats being confined in such a small territory, with just two dominant males, they face the problems linked with inbreeding and the future doesn’t seem promising:

“We have already documented multiple cases of first-order inbreeding and that situation is not expected to improve unless there is improved connectivity between the population south of the 101 Freeway and the larger mountain lion population located to the north, including the Santa Susana Mountains”.

Apparently the land on both sides of a proposed crossing is already in public ownership, but there is no funding for the overpass or tunnel over or under the freeway.

Hopefully the necessary funds will be raised before it is too late and the tiny population of these amazing creatures suffers irreversible damage. 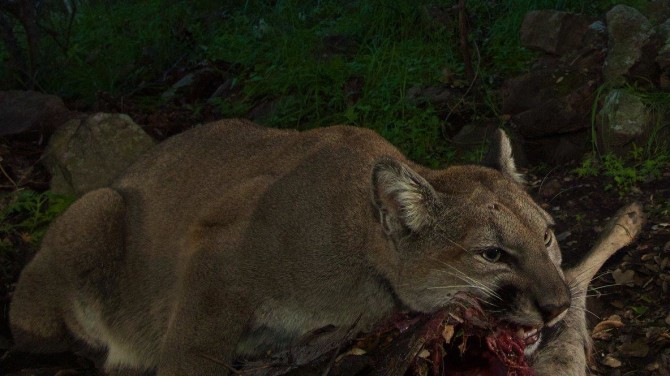 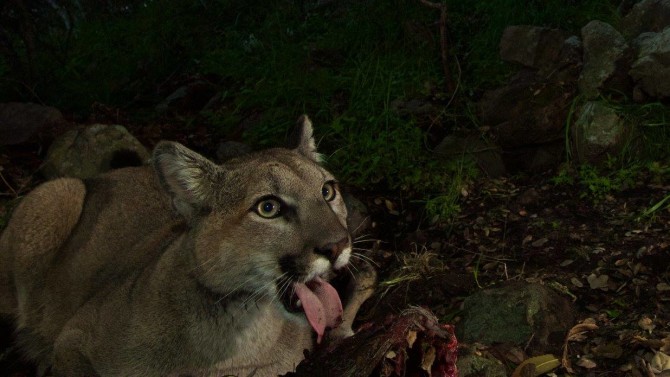 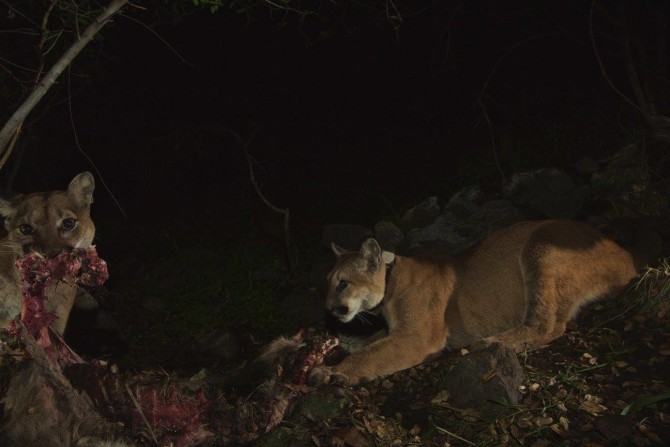 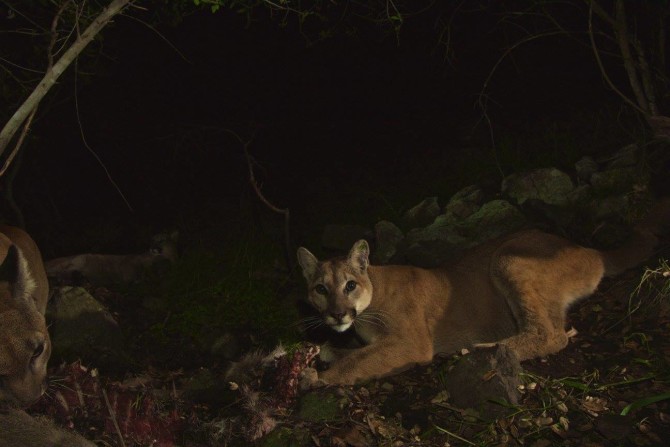 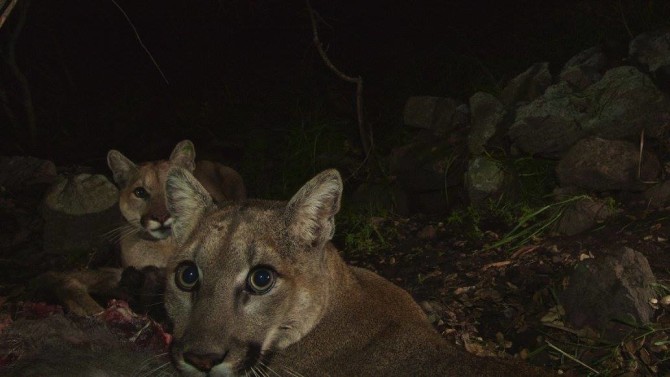 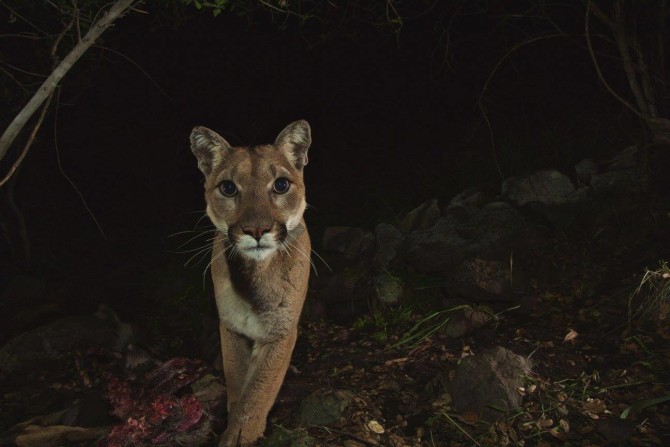 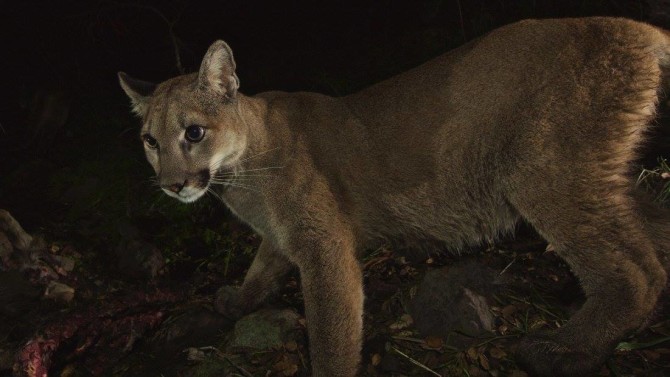 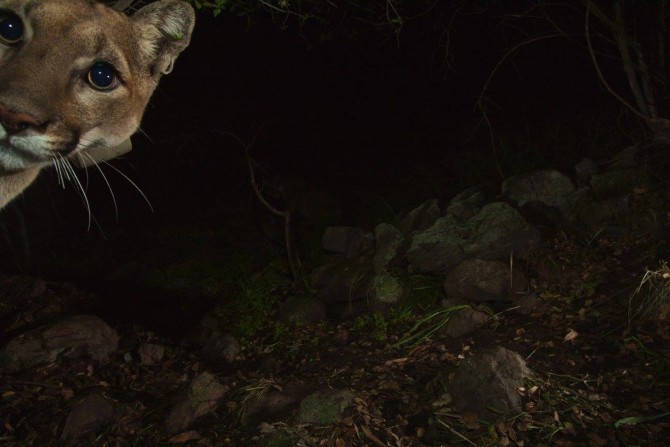 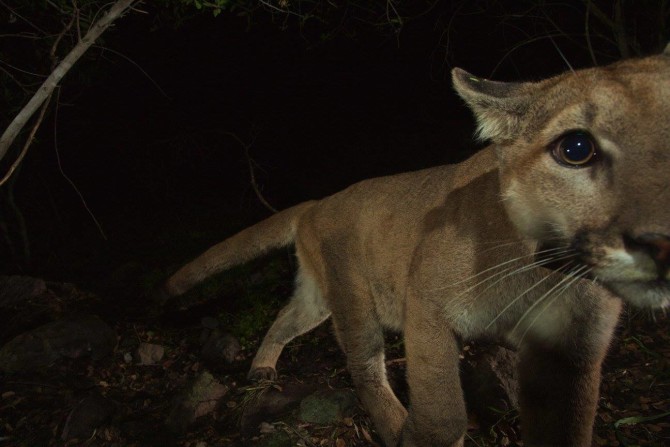 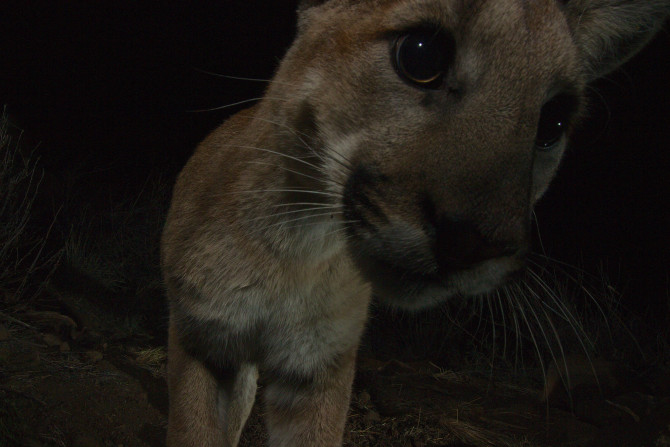 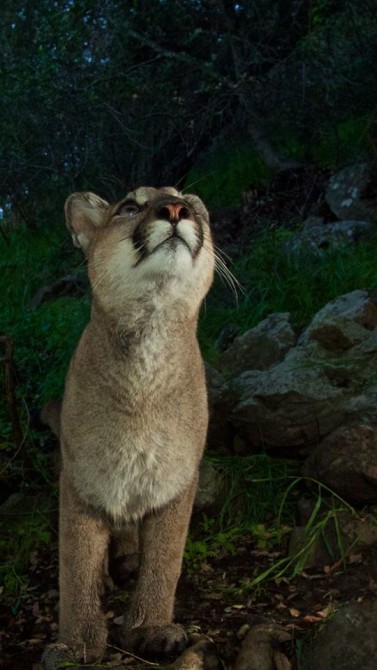 All photos courtesy of the National Park Service.