But what about if you are good friends with a lion? Imagine Bro-Wrestling with one of these majestic animals. 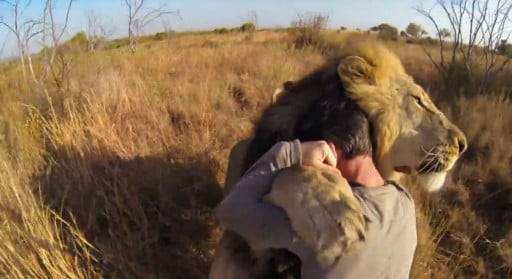 This GoPro commercial accompanies Kevin Richardson, A.K.A The Lion Whisperer in a few days travel across South Africa. Kevin strapped a GoPro Hero 3+ to his chest and captured amazingly close footage with them.

Kevin grew up with the two lions and saved them from certain death as they were abandoned by their mom. As the lions grew bigger to where people usually let go, Kevin stayed good friends with them.

What I love about this is that GoPro took their resources and aside using the camera to create some amazing footage, they use their stage to raise awareness to the close-by possible extinction of wild animals in Africa.