At the beginning of this week Instagram announced that it was introducing a Snapchat-like option of disappearing photos and videos to its service. As we’re now at the end of the week and it’s been covered everywhere–not to mention people would have been using it, or at least had discovered it over the past five days–this is hardly news any longer. So why do I feel compelled to write about it? It is the result of a question posed in an article covering the announcement: ‘Does yet another large social media outlet turning to instant photo-messaging tell us that the media we share is[sic] becoming more disposable than ever?’ 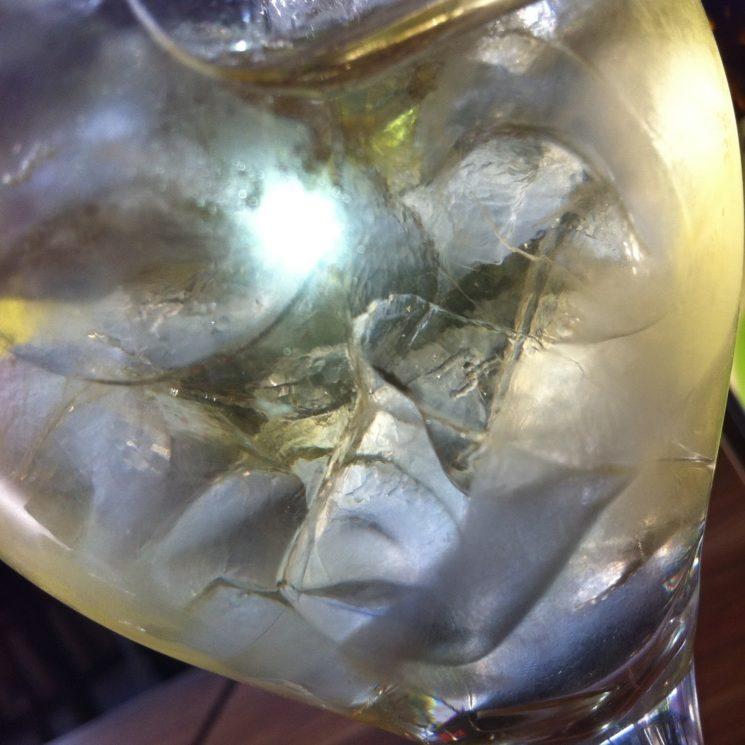 Have a glass of icy cider. Neither the cider nor the ice cubes will last that long.

Instagram is very clearly introducing a feature on which Snapchat has built its entire business model, but does that mean we’re obsessed with ephemeral media?

A cursory glance at user statistics suggests that Snapchat is the favoured social network for teenagers. Snapchat’s figures estimate that it has 150 million daily users, 60% of whom are under the age of 25. Twenty-three percent of Snapchat’s users haven’t graduated from high school. That’s 90 million under-25s and 34.5 million teenagers who are sending disappearing messages every day (source). None of this is to say that Instagram is a terrible failure with younger users. Far, far from it, in fact. Apart from Instagram measuring its daily active users at 300 million, the Pew Research Center indicates that of all people online, 55% of 18-29 year olds are using Instagram.

But Snapchat’s popularity among young users isn’t the whole the story. Over half its new sign-ups are over the age of 25. It seems that it isn’t just young people who are in search of ephemeral photos. Thus in order to entice the younger demographic and secure the slightly older one it makes sense for Instagram to introduce the disappearing photos concept to its app. Instagram needs to safeguard its growth. However, while Instagram is trying to offer its 25+ users what they might be seeking from Snapchat, it also needs to offer something to younger users that it might not be capable of providing.

By all accounts (or at least everything that I have read) teens are drawn to Snapchat because it’s a pressure-free environment. There’s no compulsion for them to present impossible images of perfectly but unrealistically manicured lives and watch their popularity rise and fall by their likes and navigate the treacherous waters of comments. Rather, it’s a very real representation of their lives, lived in the moment, to be shared and enjoyed and then allowed to fade into distant memory. Snapchat is a medium that permits teenagers to have fun but without the repercussions of an indelible blot on their copybooks if they make a mistake. Of course, there are opportunities for bullying, abusive, and inappropriate behaviour, and these cannot be ignored. But Snapchat offers them what they want and it doesn’t have the implications of Instagram’s notion of perfection.

In keeping with all good social hubs–real and virtual–teens choose to hang out at Snapchat because that’s where their friends are. Furthermore, they aren’t spending their time on Instagram and they’re not really Facebook users because those are for the generations above them. It isn’t just that their friends don’t really post photos on Instagram or update their statuses on Facebook, but that teens actively choose to spend their time indulging in sharing photos that fizz off into the irretrievable aether because their older relatives aren’t there, too. It’s a generational thing. As a consequence, Snapchat is reaching a critical mass of teenagers.

Just as this generation of teenaged Snapchat users sought an alternative to the older generation of Instagram users, the current pre-social media generation will likely seek out their own place to scribble on photos, make mini-movies, and share their lives with their friends. Somewhere, there’s a new social network waiting to emerge that won’t be predominantly inhabited by today’s teens when they’ve hit their 20s.

In all of this, there’s a nugget of irony associated with the development of photography when it existed as a game of chemical Russian roulette. Around the turn of the nineteenth century Thomas Wedgwood was frustrated by the impermanence of his photogenic drawings. It was a problem that continued to puzzle the pioneers of photography until 1839, when Sir John Herschel suggested the application of sodium hyposulphite as a ‘fixer’. Photography’s wheel has turned from the desperate search for permanence to the active desire for impermanence.

Finally, it strikes me that if governments persist in wishing to sacrifice personal privacy at the altar of perceived state security, the appetite for ephemeral media–be it disappearing photos, text messages, or audio-recordings–will grow. It won’t however grow as a fad or out of fun, it won’t be regarded as disposable out of convenience, but we will impose deliberate shelf-lives on our communications out of a desire for privacy or even owing to a growing sense of fear.

« Tales By Light – Netflix Binge Watching for Photographers!
This is what the medium format Fuji GFX shutter sounds like »