Have a guess for me would you? Guess how many unmanned aircraft systems (UAS), or drones, there are in the US? Go on. Toss out a number.

Got a figure in mind? Fabulous!

Well, according to the Federal Aviation Administration’s (FAA) latest figures, released at CES in January, there are over 670,000 UAS on its books. That’s a number which considerably outdoes the number of registered piloted aircraft, which stands at 320,000. 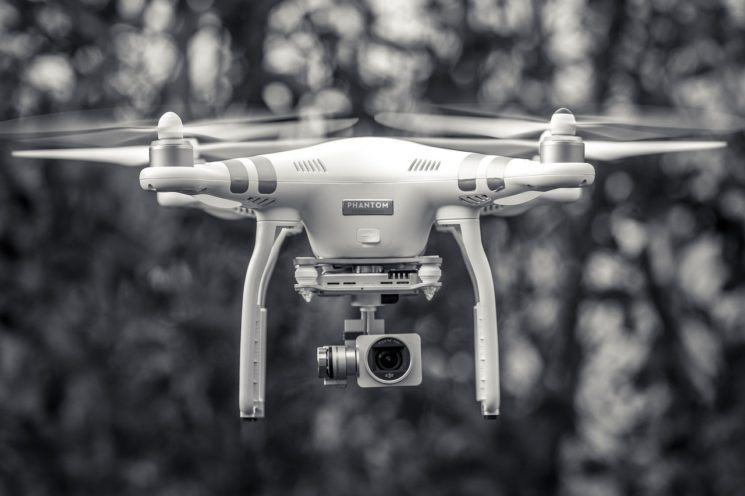 Since December 2015, and the commencement of the UAS registration programme, through to the implementation of Part 107 in August 2016 it’s clear that the FAA is seeking to exert some kind of control over the increasing numbers of UAS that are zooming about the skies over the USA.

If you’re not up-to-speed on FAA UAS regulations they fall into roughly two parts.

First came drone registration in December 2015, which applied to all UAS weighing between 250g and 25kg. Owners must register their craft with the FAA, supply it with their name, address, and email, affix their registration number to their craft, and pilots must be 13 years old or older.

Part 107 was implemented in August 2016 and places particular requirements on drone operatives who do so for purposes other than recreation. Pilots need to hold remote pilot certification, be over the age of 16, and be TSA approved. Given that these rules govern flying craft for business or work, professional photographers who want to use drone footage need to seek certification and approval.

Whether you consider the FAA’s registration and certification requirements sensible or sinister, they do fall within the FAA’s remit: to manage the US’ airspace. So that includes UAS.

Two things are certain: first, that there are more than 670,000 drones in the US; second, that the number is due to rise in the next three years.

Let’s address under-reporting. Not everyone is going to have done the necessary and registered their UAS. This can be for a variety of reasons, from regarding the requirement as an infringement on their liberties to simply being ignorant to the need to do it and everything else in between. If the current number of registered drones represented 95% of the total whizzing about, you’re looking at an extra 33,500 UAS.

Now on to projected UAS numbers. The FAA has suggested that by 2020 there could be as many as 7 million UAS in the US. Is the FAA comfortable with that number? Does it consider it practical? Would it perhaps prefer to curb the number of hobby drones to enable entrepreneurial capitalisation on their attributes?

The FAA charges a $5 registration fee for UAS. Could it conceivably increase this in the hope that it would deter people from buying drones? It’s a possibility. But we already know that people will avoid it if they can. How effective would it be?

Is there another way to restrict drone activity?

At present, when drones are imported in the US (DJI being the biggest importer, and based in China), they aren’t subject to any duty. There might be a 15% parcel tax, but they are classified as toy aircraft and therefore duty free. But by switching their classification from toy aircraft to aerial photography aircraft, drones could suddenly be eligible for duty. This might be just sufficient to increase the price of a drone that makes it less of a toy and more of an undertaking, thereby giving the FAA a better sense of control over the sector.

Of course this is speculation. It assumes that the FAA wants to limit UAS to the extent that it collaborated with Customs and Border Protection to instigate the new classification. It assume that this isn’t just another means of raising revenue for the government. Or that because unmanned aircraft conflict with government agencies’ activities it is part of a grander scheme to limit UAS numbers. Depending on when the aerial photography aircraft classification was created, it could even be a part of the new president’s desire to limit Chinese imports. Maybe there’s a plan to restrict hobbyist drone use to encourage entrepreneurial drone use?

Whatever the reason for the new aerial photography aircraft duty class, it has the potential to raise the price of UAS in the US.

Take-off came with the help of:

The rise of the disappearing photo

The rise of the machines: Google’s AI will decide if your photos are aesthetically pleasing

« The new Sigma 14mm f/1.8DG Art – Is it an astrophotographer’s dream lens?
How I sprayed powder on people for a McDonalds campaign »