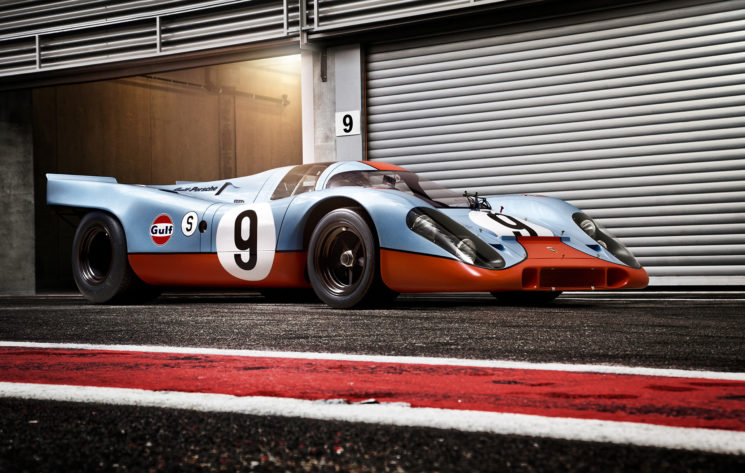 Photographing a Porsche is a special experience for me, as I am a racing fan, and Porsche is racing. They are the essence of speed on the curving tracks they have graced around the world, and on a photoshoot they are just as incredible sitting still. It is for this and many other reasons that I count myself lucky to stand behind the camera while photographing the art pieces that are Porsche race cars.

Today I wanted to show some that you may have seen before, as well as some that have not been shown until now. Each car is unique in its pedigree and history, but all share the common trait of being absolutely stunning in front of the camera. While there are many that can go into great detail about every turn these cars have taken, I cannot, but I can describe what it was like to photograph them. 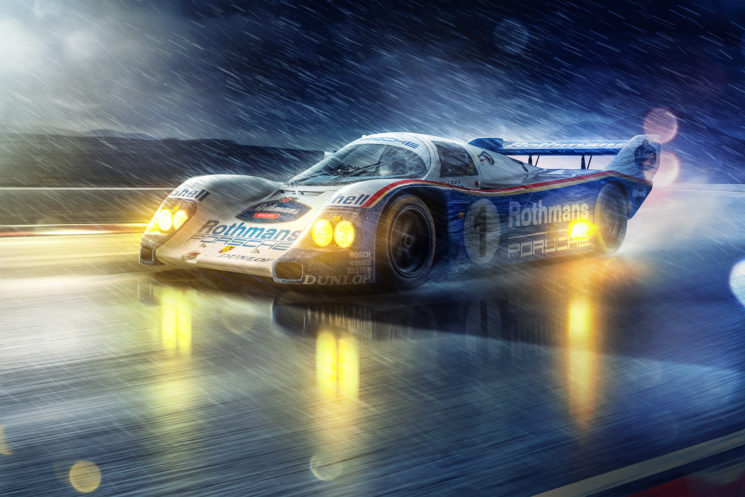 The first car is the Porsche 962 (Rothmans). It was a car that I had wanted to photograph for quite some time as the colors and shoulder line were so vivid in my memories. When it was first brought to set, I was struck by how large it was in person and how cramped it was in the cockpit. It proved a very tricky car to light as the shoulder line gives way to a very flat siding that is tricky to illuminate without the lighting getting too directional. To work around this, we had to elevate the light sources higher and use softer modifiers. If the 962 was tough, the next Porsche was damn near impossible. 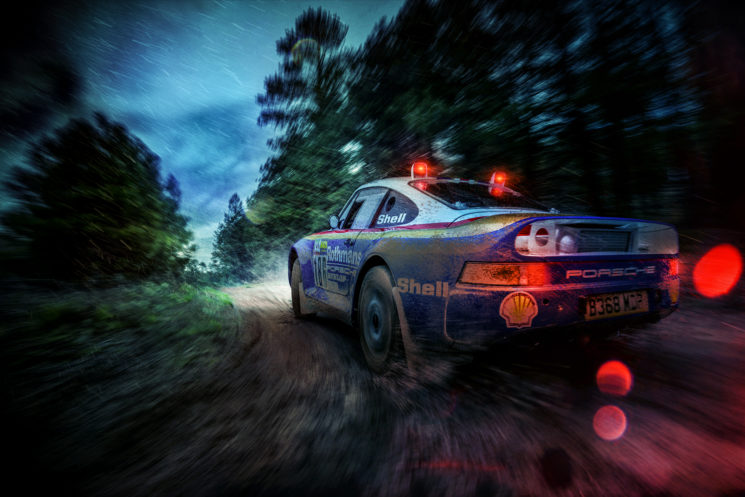 The Porsche 959 (Rothmans) Dakar Rally car. Photographing this Porsche is unlike any race car I have in my portfolio. It is huge and significantly taller than any other racer I have worked with before. Placing light sources around it is best done at camera level and canted back towards the camera, but off axis. The only easy thing about lighting it was getting light sources below it for fill. Knowing the end product for the image meant I could cheat the odd line of the car by going wider than normal at its rear ¾ corner.

If I were to pick the easiest Porsche to photograph, it would have to be the 917 series. Not only were they extremely successful on the track, but the lines of them and the depth of which they curl to form the body of the cars makes them extremely easy to light. The falloff from a softbox over the shoulder line is very gradual, and the ability to compliment main light sources with fills around the body makes them great photography subjects. The one in this piece is a Porsche 917K (Gulf) Le Mans car. The livery is iconic to the sport, but the contrast to the rims and the depth of the rear hub prove a bit tough to photograph without the contrast creeping up. However, negotiating this with multiple frames or gridded lights isn’t too hard. What is hard (and probably the most difficult part of photographing the 917) is the headlights. They are big reflective monsters that show everything, and everyone, in the studio. In all honesty, Photoshop may have been created just to remove reflections from the 917’s lights. 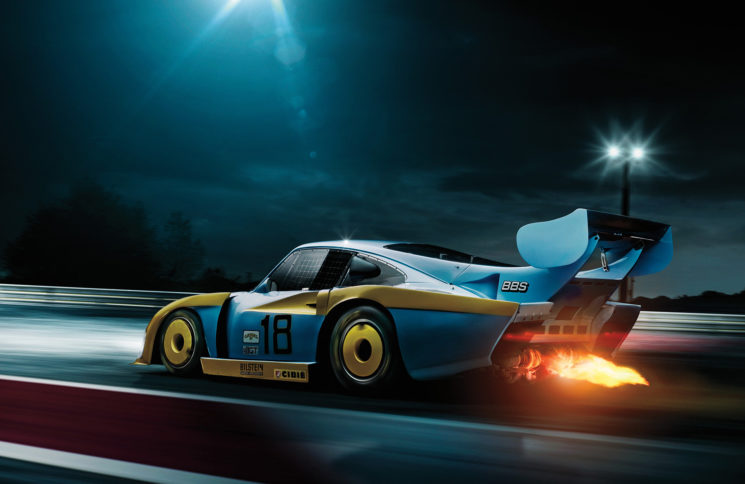 When it comes to all out excitement, the Porsche 935 was the one that had me not sleeping the night before. I loved the form, the speed the all-out bonkers turbo that would spit flames like a campfire. The other aspect that I enjoyed was the photographic challenge of the rims. Most cars have spokes that give texture to the photo and fill the shadowy void of the rim… not the 935. The Porsche 935 has rim covers that reduced aerodynamic drag, but also add color to the images of them. I was able to flat light a softbox over the car and have it sweep the tires without even needing a fill. It was as if this car was made for a photoshoot. Unlike the 917, the color pallet of the 935 was actually complimented by its rims. 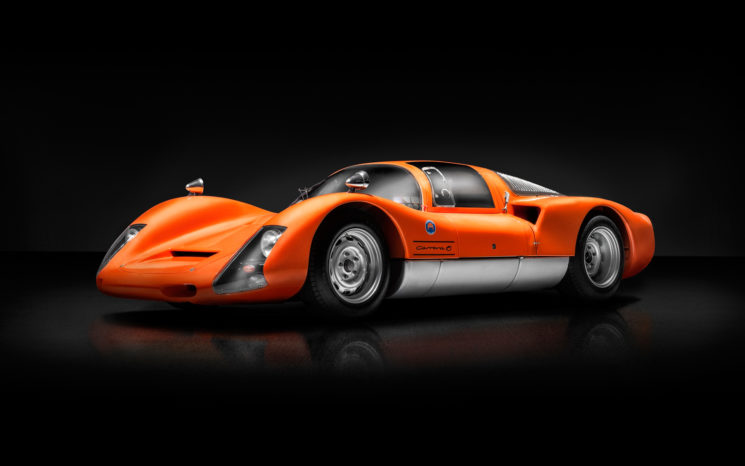 The final Porsche is one that I lovingly referred to as “Pumpkin“. The Porsche 906 of the Dutch Racing team was about as Dutch looking as they get. The orange on this car was so rich that I actually photographed it with two cameras to make sure we were reproducing the color correctly. The form of it is iconic and the way it sweeps meant we would have to light paint it. There was too much difference in depth from the roof to shoulder, but not enough angle to set up strip lights to fill. The decision was made a while before the photoshoot, so we were able to plan out how we would grab the angles and lighting needed. My assistants and I wore all black and choreographed the shot from shutter open until the light was killed. It was an image that, with planning, would not need a secondary piece and would exist out of camera. The 906 is surprisingly small compared to the other Porsches in this article, which also meant that we could hold the lights by the head, making the paint more accurate. It was one of those shoots that somehow went according to plan.

Porsche is a design in speed on the track, but a practice in art on set. They are a mark that can stand on a podium on Sunday and exist as art on Monday, and having them is the studio is a great pleasure.

How To Shoot a Porsche With Minimal Gear