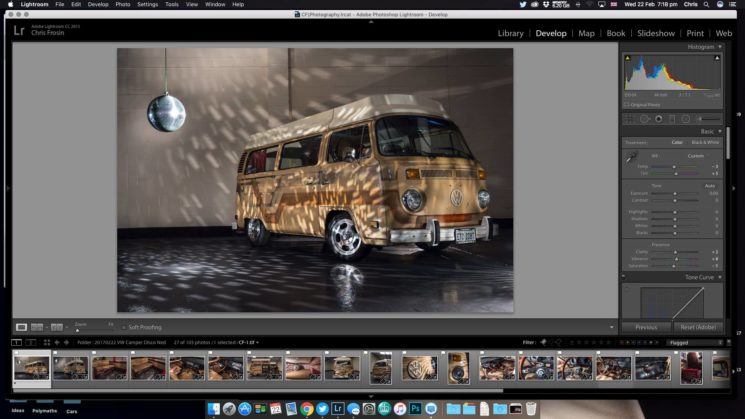 Yesterday, I ran across an image by photographer, Chris Frosin. Chris is an automotive photographer for several car magazines in the UK. Many of the cars he shoots are vintage classics. They’ve been around for decades and photographed a million different ways. So, in an effort to keep things fresh, Chris is always trying to push himself and test out different techniques.

This time around, Chris was commissioned to shoot a 1979 Riviera Bay Window Camper Van, for Volks World Camper and Bus magazine. Given this particular van’s nickname of “Disco Ned”, Chris wanted to try to bring some of that character into these images. When the owner of the van told him he had a disco ball, Chris decided to use it as his main light modifier.

I messaged Chris to get a little more information about the shoot and why he chose to try out the mirror ball.

I was simply curious what would happen if I used the glitter ball as a modifier and experimented with distance from subject and distance to flash.

First, came the closeups and interiors. The disco ball was used here just to add a little interesting light to the details. 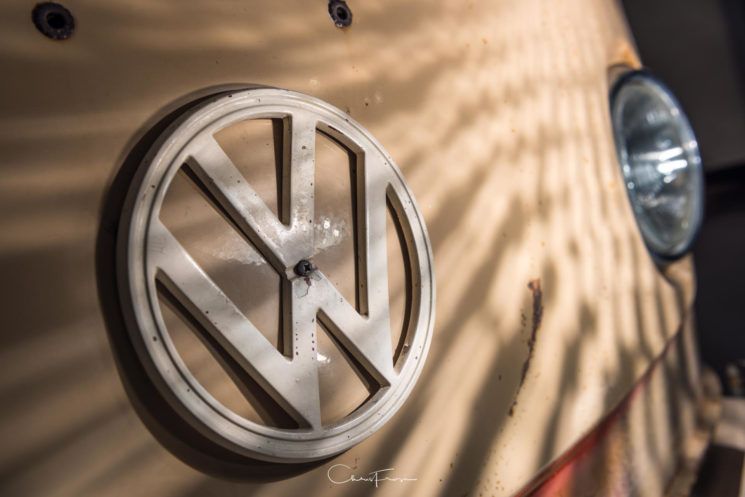 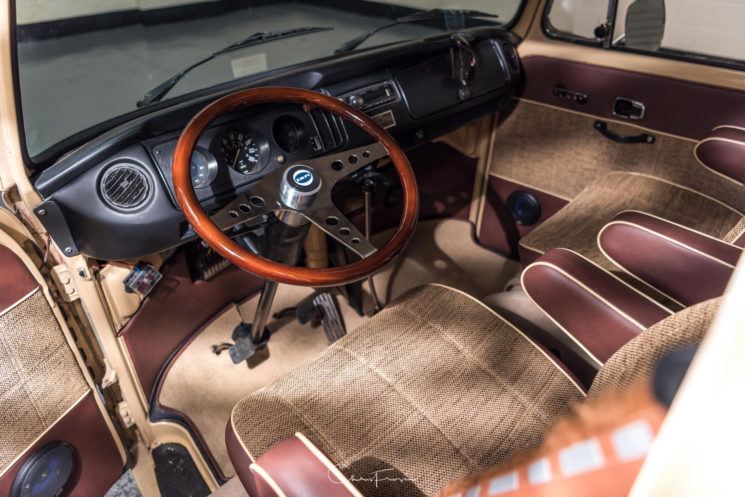 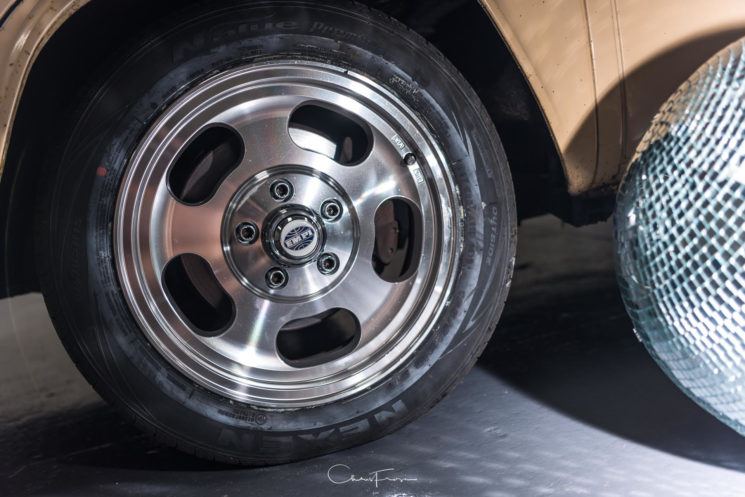 But then it came time to do the “Hero” shot of the vehicle itself. Chris new that he wouldn’t be able to get the image he wanted in a single shot. So, he would have to take multiple images and composite. With the camera locked off on a tripod and a remote trigger in hand, he set to work. 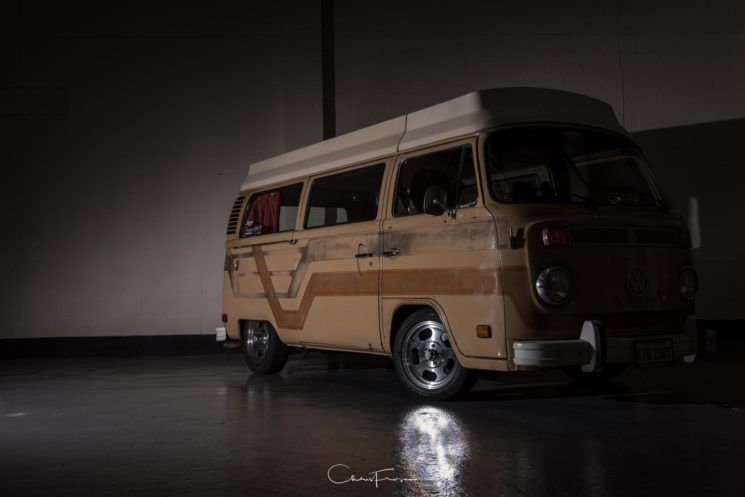 Then he set to work shooting each of the individual layers that would eventually be composited on top of each other. This is essentially light painting, one frame at a time. I’ve seen this technique used before outdoors on location with strobes, but never with a disco ball. 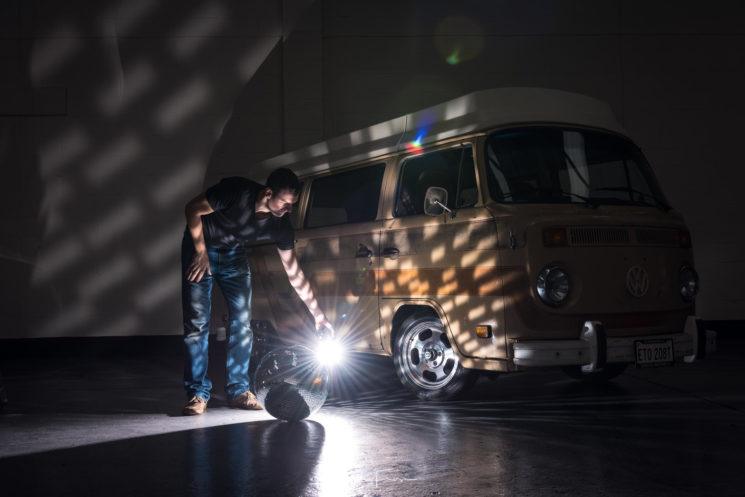 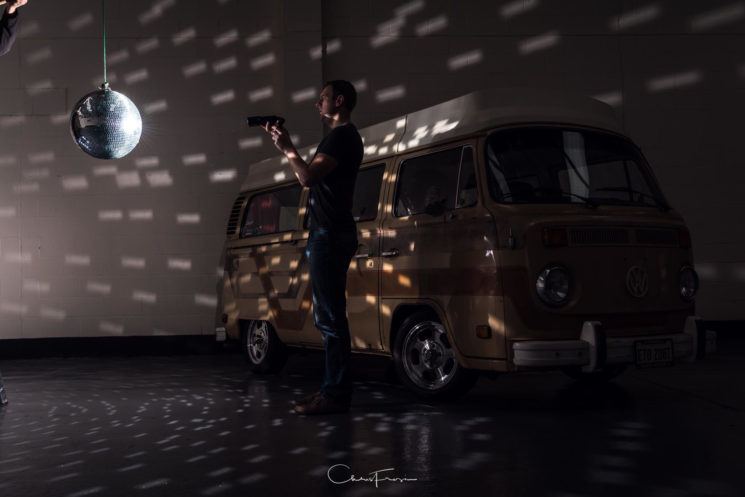 Chris told me a little more about experimenting with the mirror ball, and how it light areas up at certain distances from both the flash and the surface it’s lighting.

There’s definitely a sweet spot where you get nice crisp ‘glitters’. Too close and there’s just too much flare but too far away from the glitter ball and the light quality gets quite contrasty – not what I wanted for this shoot but definitely something I’d explore again. 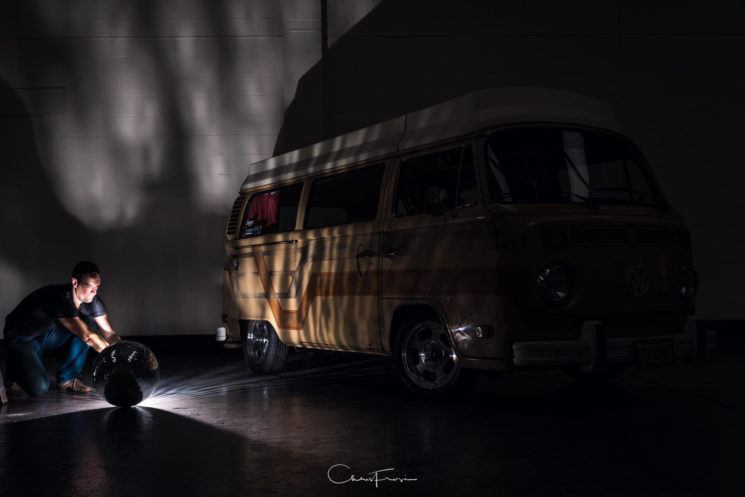 Each of the shots lit up a different area of the car. And Chris went over some areas multiple times with the flash and mirror ball at different distances to get a different effect. 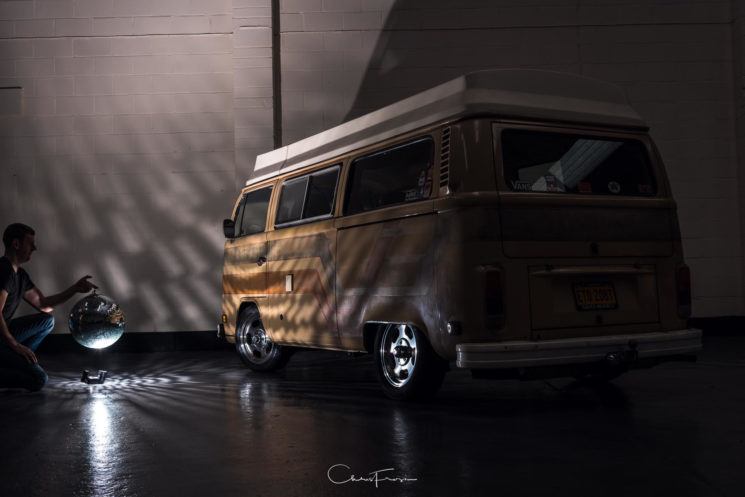 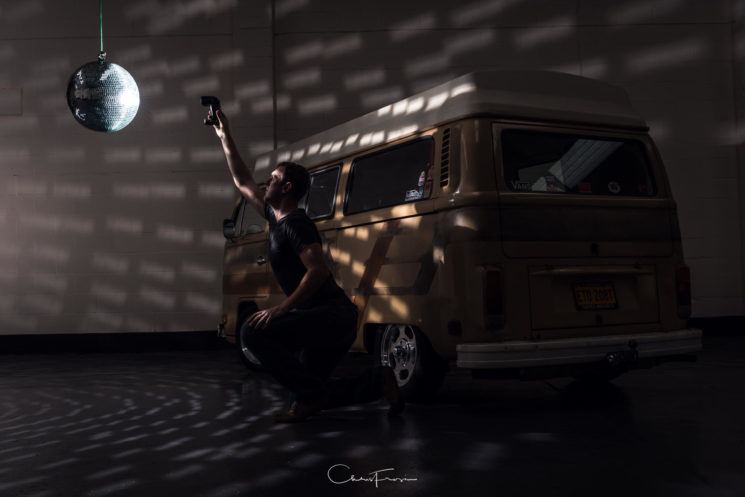 The most consistent light or most predictable seemed to come from lighting the ball from directly underneath from a couple of feet away.

I used the bottom of the ball as the height of the light when positioning it. 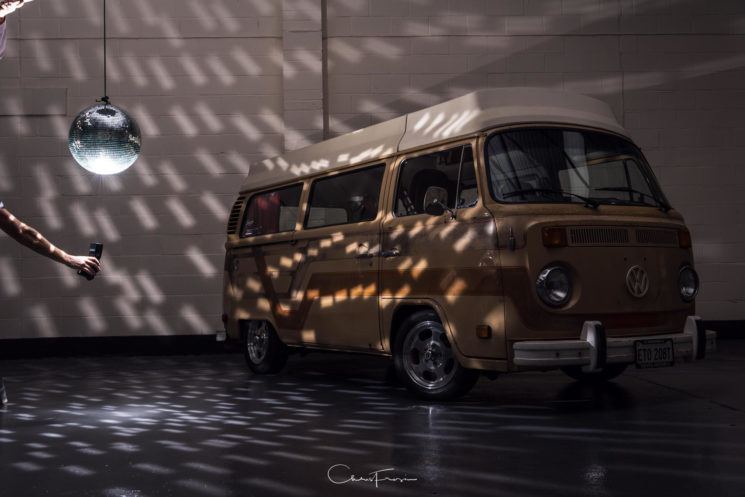 After getting all the shots he needed for full coverage of the Camper, Chris went into Photoshop.

After bringing in the base layer, I then blended the glitter layers on top. Lighten blend mode and layer masks are your friend for this.

Made sure I had shots of the important features lit with the glitter ball. wheels etc. That helped keep the atmosphere and specular nature of the lighting across the board, and it just looks damn cool when you get the glitter ball up close! 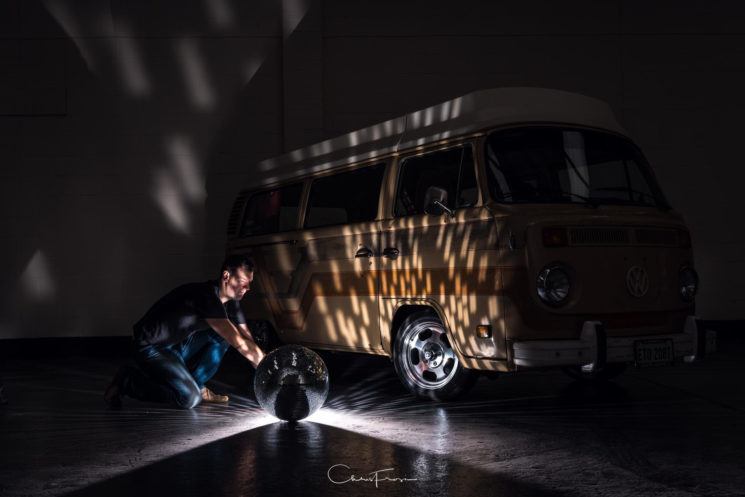 Experimenting with individually lit shots composited this way is always great fun. I’ve done it myself in the past shooting in a cave when I couldn’t light it all the way I wanted without having the lights appear in the shot. But you’re able to get a lot of control over the final result due to the nature of the technique.

As the end result is intended for publication, this is about as final an image as Chris was allowed to show us at the moment.

We’ll be sure to update this post when we’re able to show the finished image. Or, if you can’t wait, keep an eye out for it in an upcoming issue of VW Camper & Bus magazine.

How I shot a nightmarish mirrored cat using strobes, constant light and gels