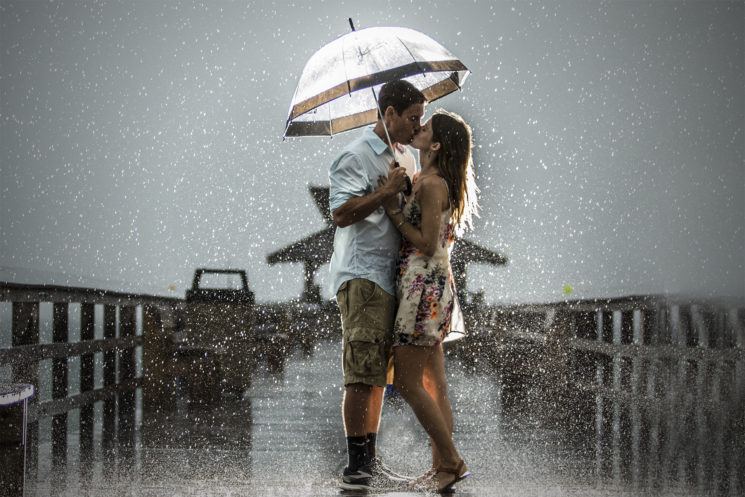 Shooting on location is fraught with all kinds of challenges. Often, the biggest one is the weather. We hope the forecasts are correct, but occasionally they get things a little wrong. It’s often just down to chance. Even somewhere warm and sunny like Florida has its share of random rain. Which is exactly what came during this engagement session.

For photographer Nick Larghi, though, this was not a time to pack up and go home. Nick had been planning this shoot for his friend Jason for a few months leading up to the proposal. So, they sure weren’t going to back out now. Instead they made the most of it and shot in the rain. DIYP got in touch with Nick to find out a little more.

My friend Jason and I have been planning his proposal for a few months now. I volunteer at the Naples Botanical Gardens so I scoped out potential ‘proposal worthy’ spots in the garden. After hiding in the gardens like Rambo and capturing the moment we decided to head to the Naples Pier. It’s famous for beautiful sunsets because it makes such a nice feature in the landscape when combined with a nice sunset.

I’ve spent some time in Florida myself and seen how Naples Pier looks with the backdrop of a stunning sunset. So, I can understand why this particular spot was picked out. But Florida’s weather isn’t always as reliable as we’d like. 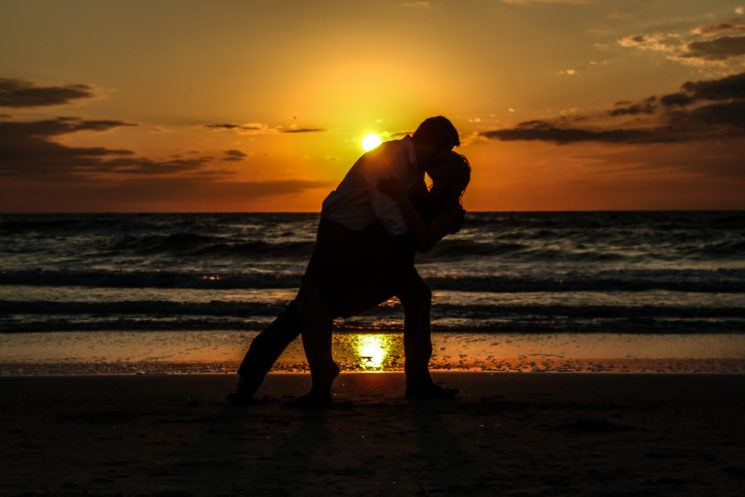 The photograph above shows an example of the kind of sunset they were trying to get. This was from one of Nick’s previous sessions. Below is what they actually saw that evening.

Mother nature had other plans for us that day. Florida is famous for its daily summer rains, that day was no different. We were sitting under one of the pier’s structures and I decided to make the best of our situation-it was either that or wait for things to blow over. 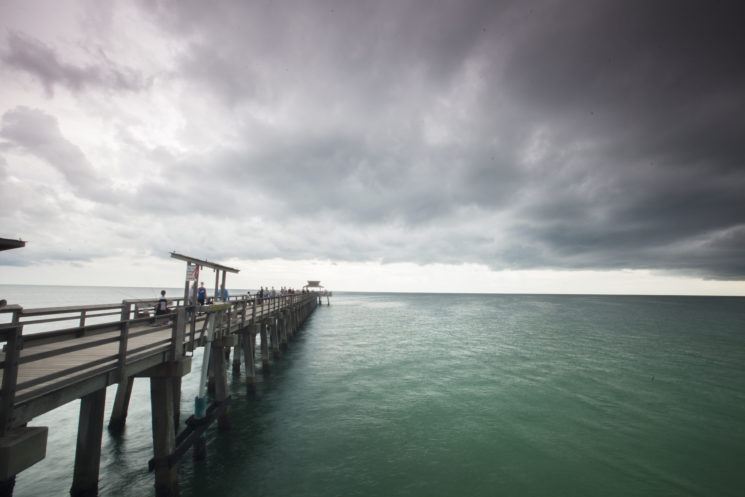 I was thinking back about certain photos I have seen that I absolutely loved. I have seen similar style photos pulled off in the past so I figured I would try that day, what better time then now right?

Backlit rain always seems to make for a beautiful image. When it’s raining here in the UK, it’s typically too cold and windy for subjects to want to stand out in it for too long. In Florida, though, even when it’s raining it’s usually rather warm. So, they got to work.

With the decision made to keep shooting, Nick told us about the challenges he faced during the session.

It is difficult to compose your shot in the rain knowing that you have a lot of valuable equipment at risk! They were good sports, willing to get wet for the photo shoot and put up with my garbled instructions from far away.

I tried to line them up the best I could so that I was happy with the geometry of the pier and how they were positioned. One thing I did differently here is I got on my knees, kept my tripod low and took the photo that way.

Aside from the rain, my only problem during the shoot was the fishermen getting in the way! It was hard to get a clean background. Also, ideally, this type of shot should be done in the darkness, but this was all I had to work with that day as they had dinner plans.

Random people getting in the shot is always troublesome when shooting in popular locations. You can’t really ask them to go away, so you just have to let them carry in doing their thing and try to work around them. Even in good weather, though, this isn’t always easy.

In bad weather, when you’re trying to work quickly to avoid killing your gear, it’s even more difficult. Even if much of your gear is weather sealed, there’s still always that chance. Nick told us about the gear he used for this shoot.

I was shooting with a Canon 70D, a camera I’ve fallen in love with many times over. Attached was a Canon 70-200mm f/2.8L For light, I used a Flashpoint XPLOR 600 HSS TTL strobe with wireless remote system. This system was chosen because of it’s HSS capabilities. This has been one of my best investments. It gives me more flexibility than a smaller speedlite, and I find it’s radio system is much more reliable.

As a scuba diver I have personally experienced the results of water and a camera (sad day indeed). I knew if I pulled this shot off though,the results would be worth it. I wrapped my strobe in a tarp that I kept with me that day in case it rained. Basically I kept this part of the photo shoot short and sweet. My friends were kind enough to use their umbrella to cover it as I got set up. Like many aspects of life improvising is key.

With the gear set up, it was time to get some quick test shots. to make sure Nick would get the results he expected. 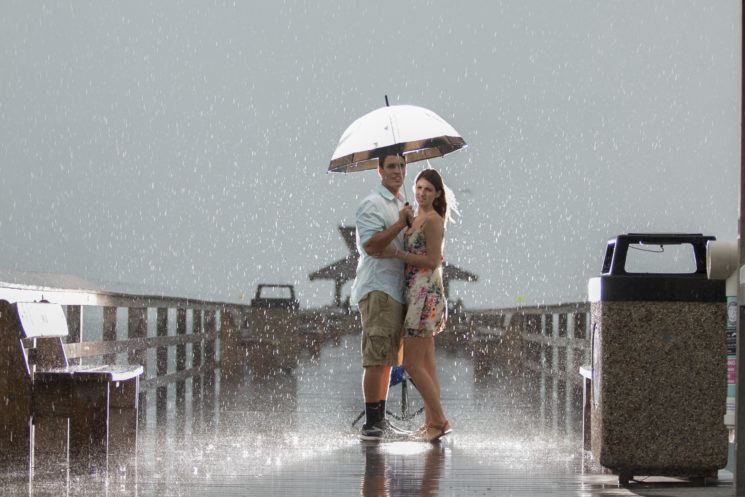 Once everything was dialled in, Nick quickly fired away to get the shot he was after.

With the session over and everything back in a dry environment, the final step is the post processing. We asked Nick about his process and workflow.

My philosophy is to get the photo to be 95% where I think it should be in the camera. The less work I have to do in post processing the better off I will be. I don’t know if this is true for everyone but I see a lot of people freaking out about post-processing, it’s a huge step, but make sure you get your photo there first.

The only time I break this rule technically is with my astrophotography or underwater photos. Sometimes I have to use Photoshop to save photos in those cases or to tease out light that will aid my photo. For non-batch editing or focus stacking, I usually stick to adobe Photoshop. And as always, I shoot in RAW.

For a photo like this one, I usually just edit colors or shadows until I get that feeling that tells me ‘right there.’ I teased out the highlights to capture more of the rain drops, and increased the shadows to give it a cinematic look. I didn’t have to edit this photo an enormous amount, I just made it feel more dramatic.

I was capturing a moment. That’s all photography is- capturing moments. I wanted the viewer to feel what I felt at that time.

The final result was definitely worth risking the equipment, and it’s an image I’m sure they’ll cherish forever.

Thanks for taking the time to chat with us, Nick!

If you want to see more of Nick’s photography, head on over on to his Flickr page. Images used with permission.

« Can amateur with pro gear shoot better photos than pros with cheap gear?
Learn how to colorize black and white photos in only 4 minutes »