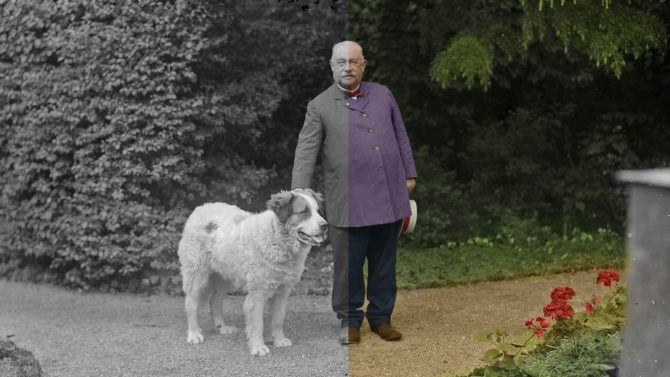 There’s something special about shooting analogue black and white for me. It takes on a quality and a character you just don’t get with modern colour digital. Fortunately, now, we have a choice. So, if we want to shoot flawless colour, we can. A hundred years ago, there wasn’t so much choice.

We’ve featured Mathieu Stern before. He makes some great videos reviewing old lenses and offering tricks and tips. In his latest video, Mathieu shares some personal family history with us. A trip back through the generations to find a photograph of his great, great, great uncle, Mr Albert.

Like many curious people of the day, Mr Albert had a keen interest in photography. Mathiue’s family, though, had never seen a photograph of Mr Albert himself. With his huge house now in the possession of his mother’s family, Mathieu set off in search of the elusive photograph. 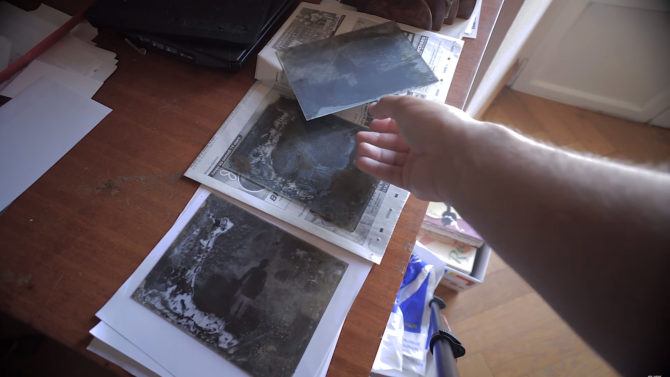 Two of the plates appear to be quite degraded, but one displayed a lot of promise. A hundred year old portrait of Mr Albert and his beloved dog.

To record the plate, Mathieu photographed it held up against the window. Using his Sony A7II and Konica 40mm f/1.8 lens it captured a lot of detail. 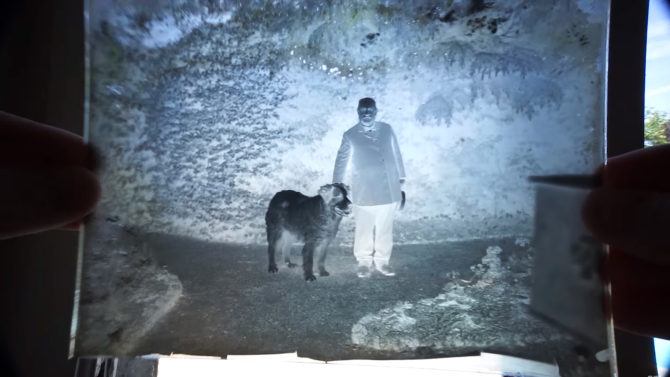 After photographing the glass plate, Mathieu took to Photoshop. He inverted the image to see something wonderful. The only known photograph of his great, great, great uncle. Up until this point, nobody in Mathieu’s family alive today knew exactly what he looked like.

Not content with simply having the photograph, Mathieu wanted to experiment and see how the image would look in colour.

Mathieu first ran the image through the new online neural network based Colorize script. The results, as one might expect, were less than perfect. So, Mathieu started working on doing things “the old fashioned way”.

Mixing the Colorize information with some real world colours, Mathieu recoloured the image himself in Photoshop. To do so, he used a variety of layers, and various blend modes to get the best result possible.

It resulted in a very realistic representation of how he may have actually looked on that day. 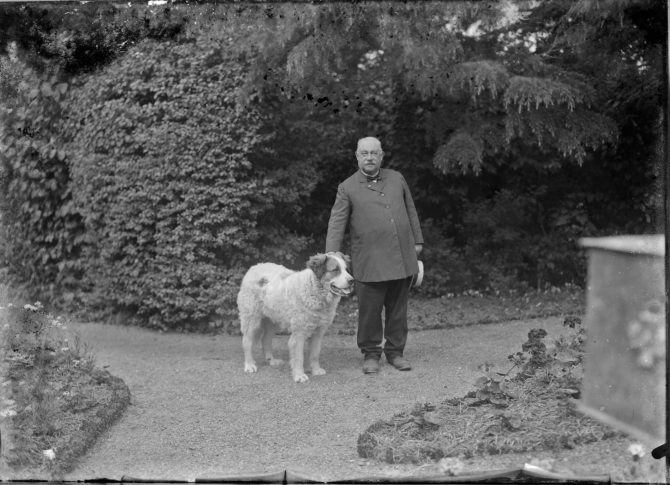 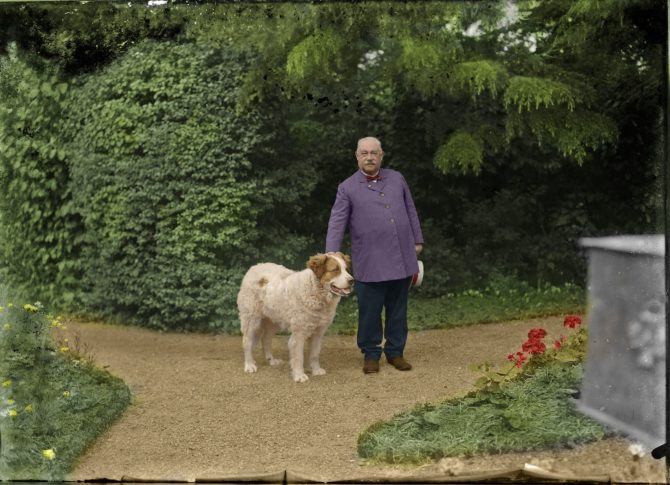 It must be a great feeling to find something so personal and important to your family. Something that you didn’t even know existed. To be able to breath a new life into it must feel equally as wonderful.

Thank you for sharing this story with us, Mathieu. Images used with permission.

Have you made any surprising old photography discoveries with your ancestors? Let us know in the comments.

« Do You Like Having Your Own Photo Taken?
5 Tips to get great light for outdoor portraits »