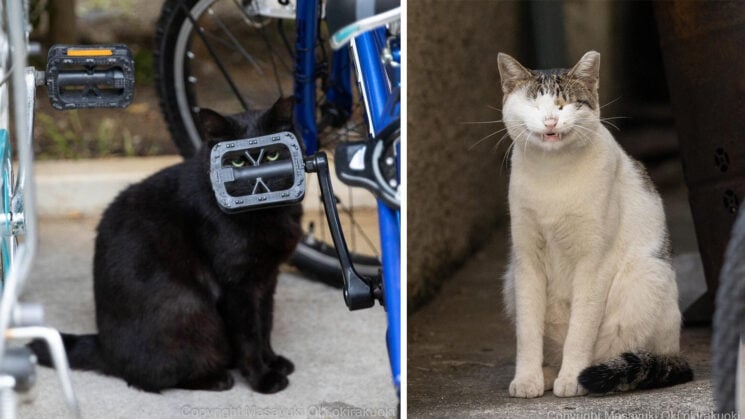 Cats are loved very much in Japan and it’s believed that they bring good luck. And when you take their photos in the funniest of moments, they bring tons of giggles, too.

Japanese photographer Masayuki Oki loves cats too, and I perfectly understand him. He turned this love into photography, taking photos of stray cats in the streets of Tokyo. He captures their comedic, playful moments, ending up with a series of hilarious photos. We chatted with him a bit about his work and of course – we bring you plenty of his funny cat photos to make your day better.

I’m a cat person myself, but I mainly take snapshots of my mom’s cat when I go for a visit. So I was wondering how Oki decided to start this project. He told me that, before he even started photography, he worked in the women’s apparel industry. “I have been with the company since 2009,” the photographer told DIYP. “At that time, I used a camera for the first time at work, and before I knew it, photography had become a hobby.” Needless to say, he’s been a fan of cats since he was a child.

Fast forward to New Year’s Day 2013 and the moment Oki was resting in a nearby park during his break from work. “In the middle of the park road, I met a cat named ‘Busanyan-senpai’ and the course of my life changed greatly,” he tells DIYP. Even though it was a stray cat, it was a little chonker who seemed healthy. 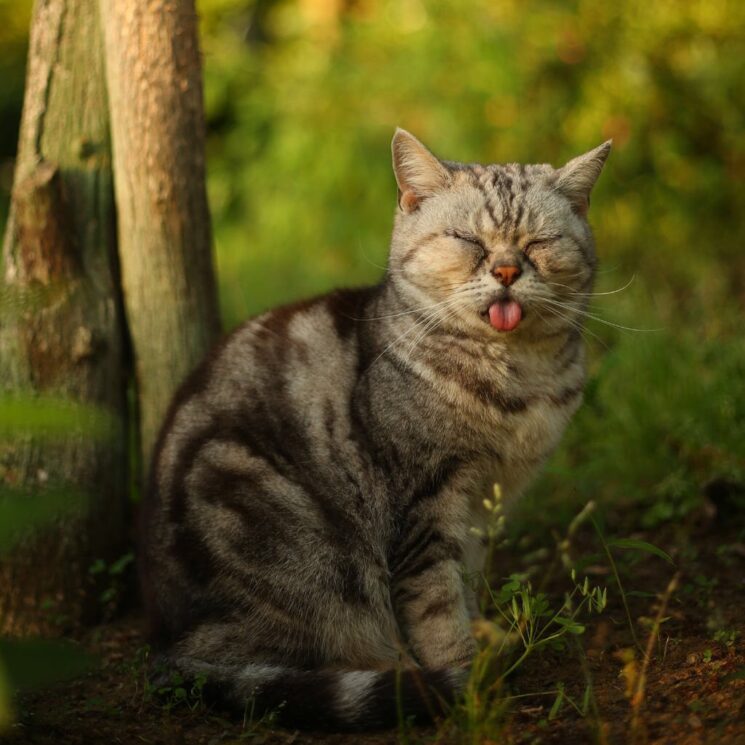 Seeing this plump street cat, Oki began to wonder what life was like for stray cats. He picked up his camera and took some photos, and he soon started roaming the streets, exploring the life of Tokyo’s stray cats. He also regularly visits the nearest Cat Island, where he can take photos of plenty of his little four-legged models. 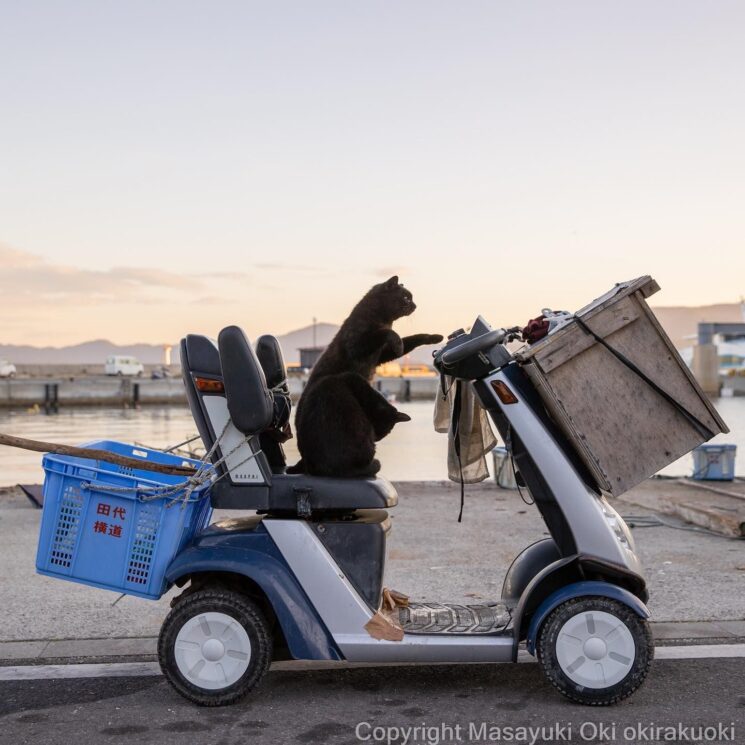 I also wanted to know what gear Oki uses to take photos of cats. Is it anything in particular, or just what he has with him at a given moment? He tells me that he prioritizes capturing the moment, so he uses Canon’s EOS-1D X Mark III camera body. He’s been doing this project for eight years now, so he knows how cats behave, but many of them also remember his face. When shooting Cat Island, where there are many friendly cats, it is easy to get close to the subject, so he uses a Canon 24-70mm F2.8L II USM. But he also carries a Canon EF70-200mm F2.8L IS III USM to shoot from a distance for cats that don’t know him yet. 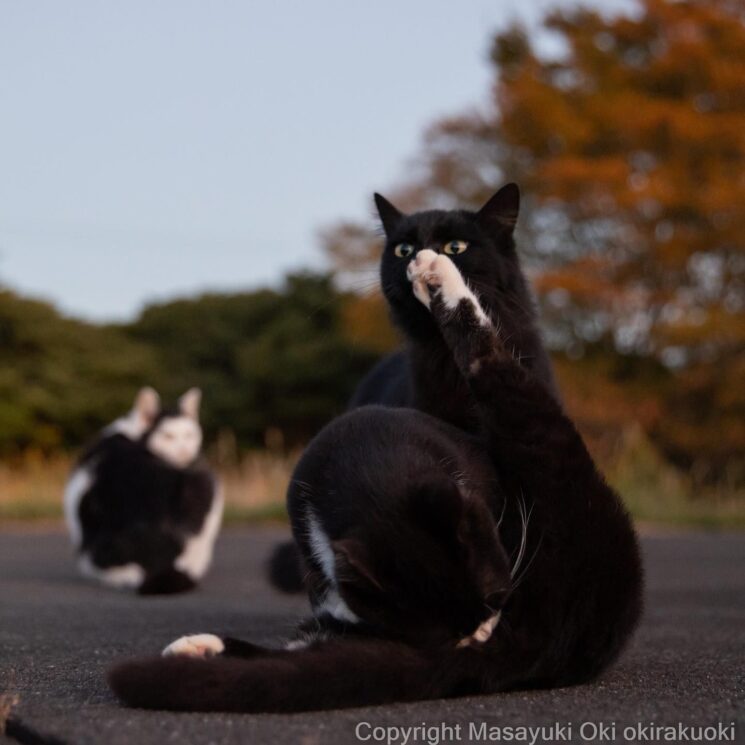 I found it so lovely how Oki’s curiosity led him to a long-term project that puts a smile on thousands of people’s faces. I guess you can say that curiosity didn’t kill the cat this time. Instead, it led to a fantastic photo project, and you can see plenty more of it on Oki’s Instagram. 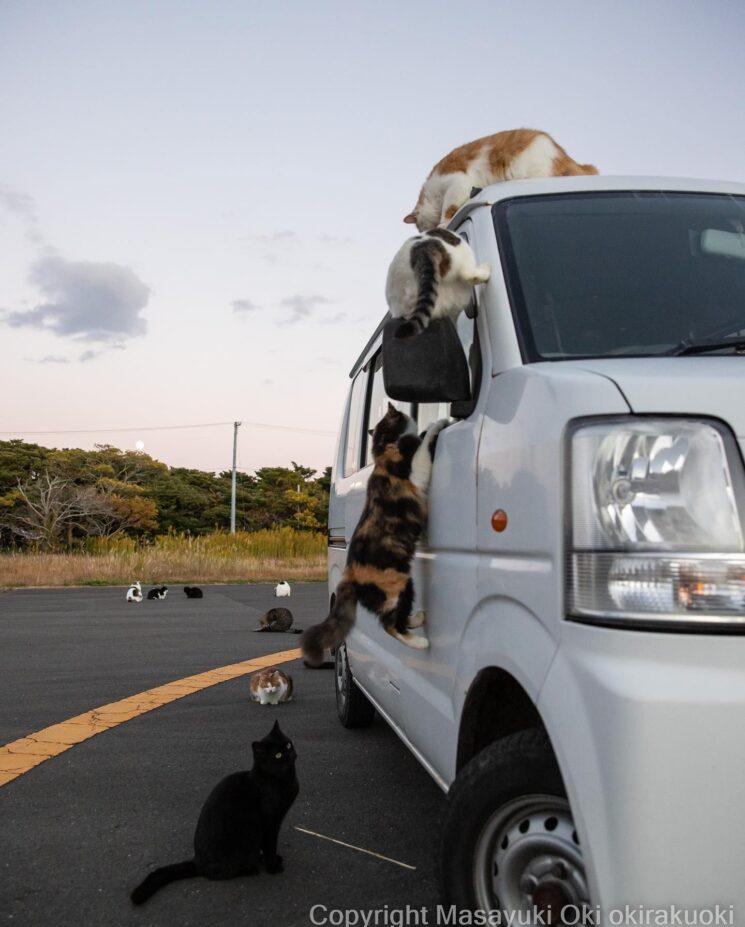 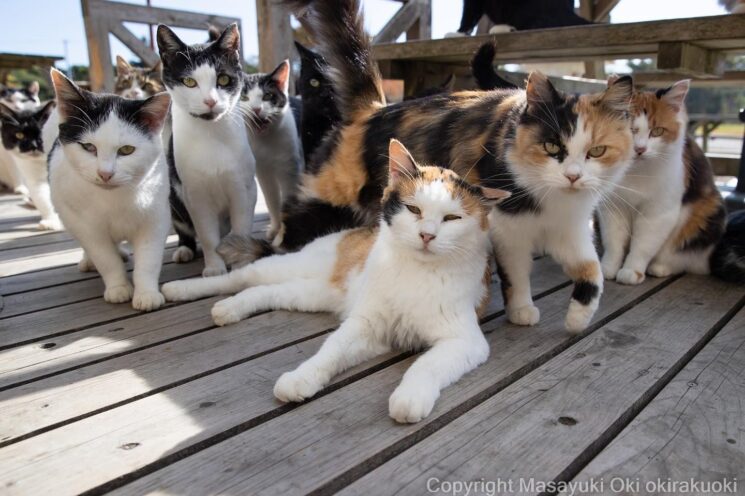 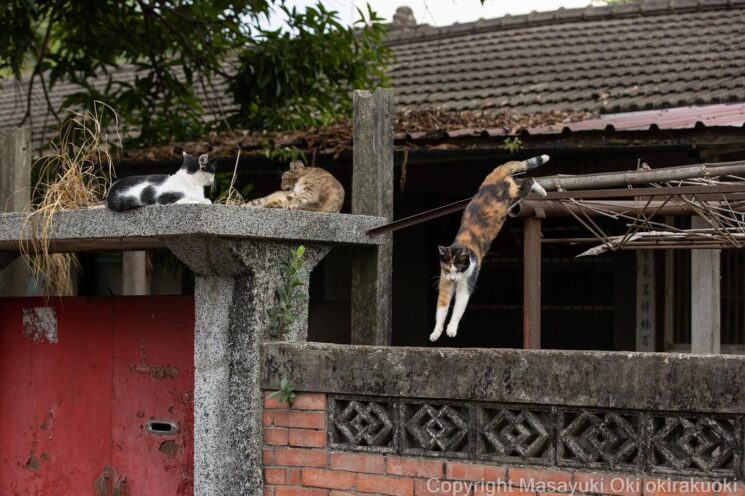 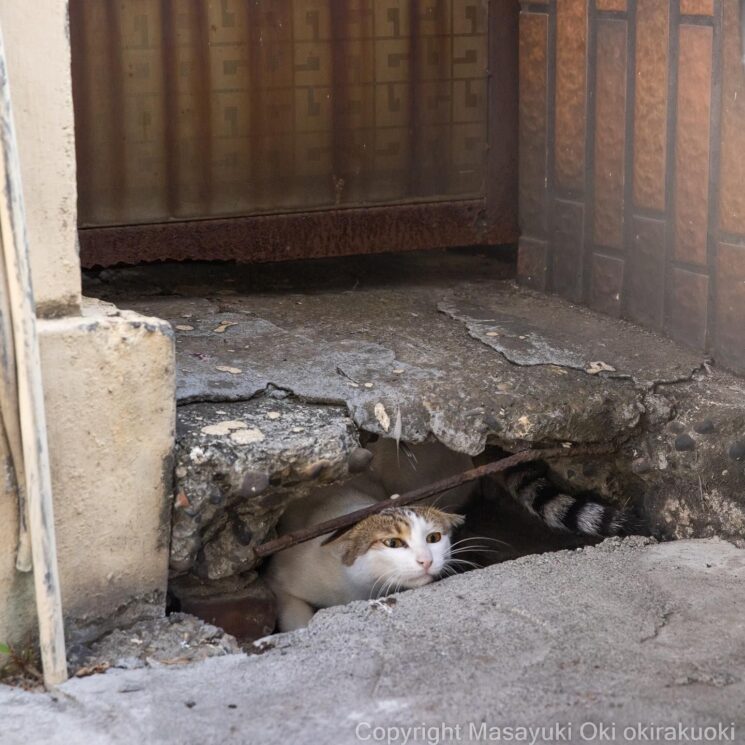 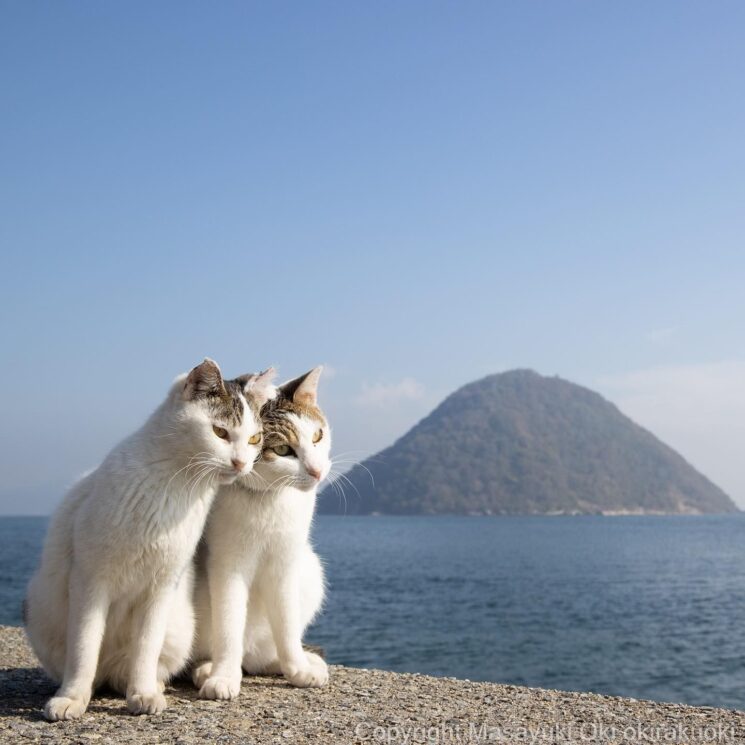 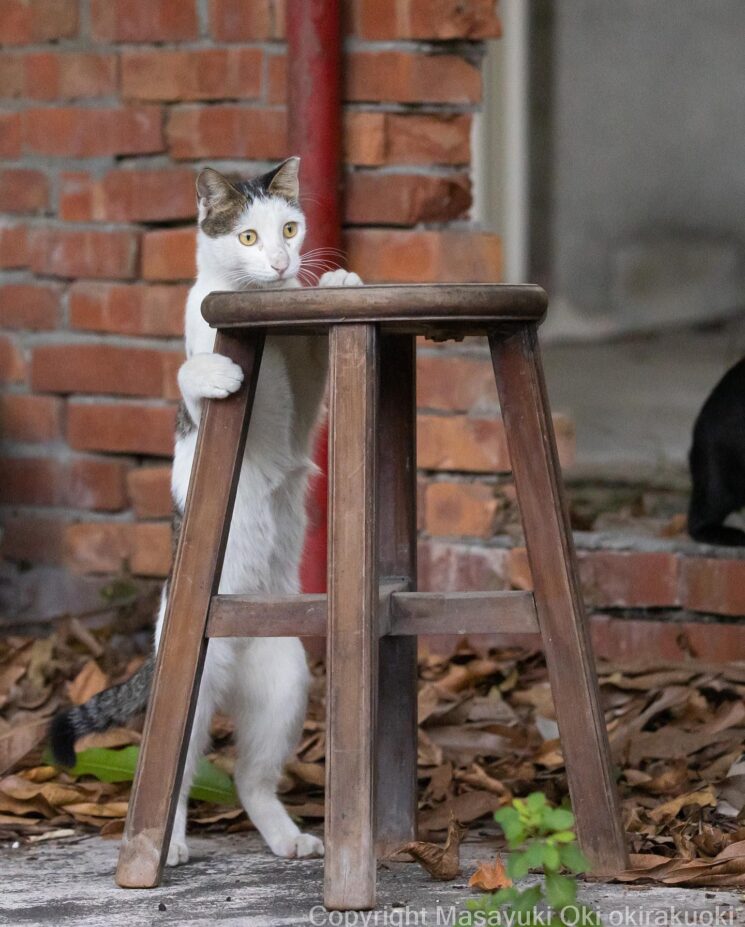 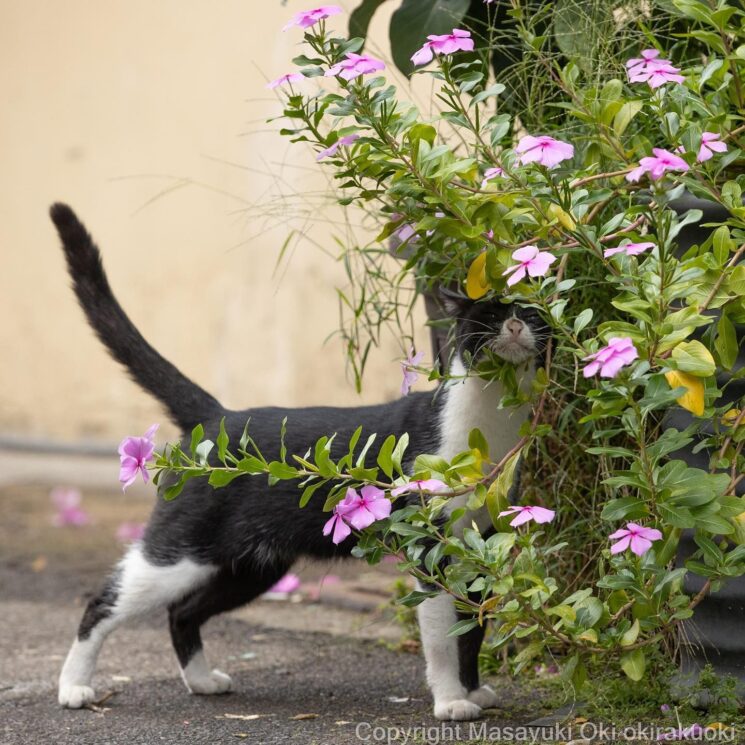 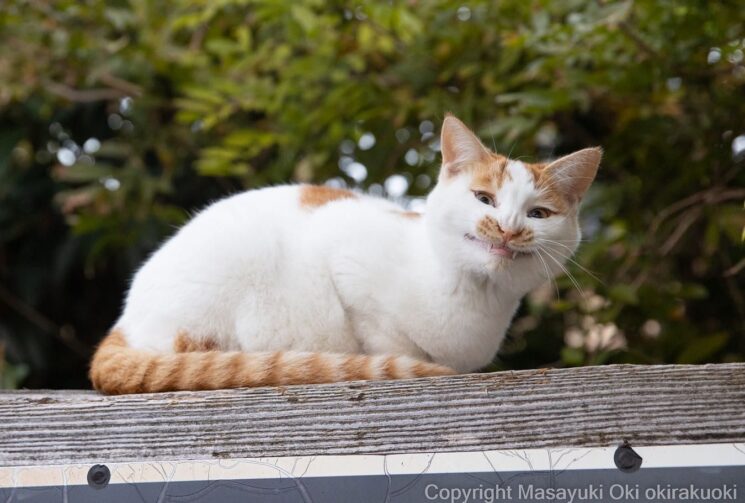 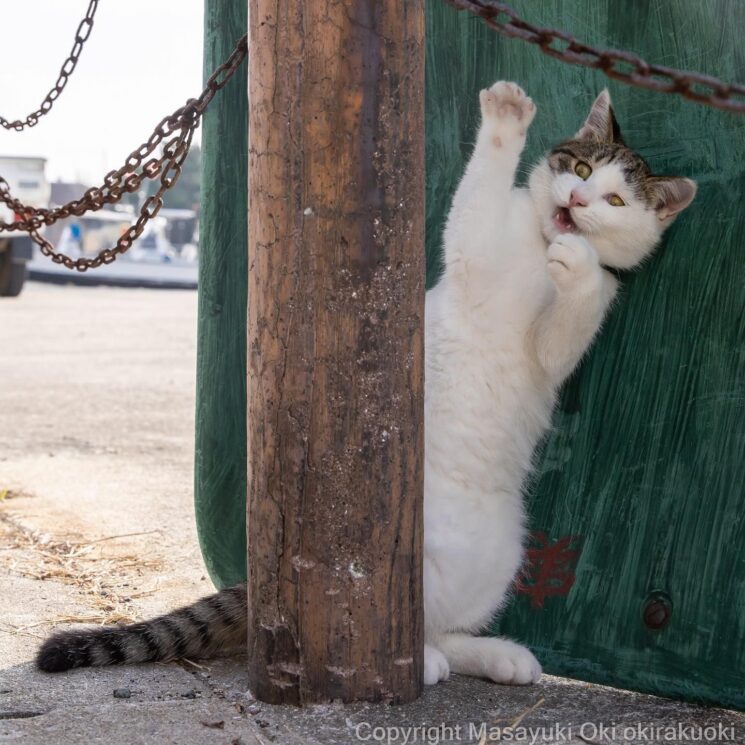 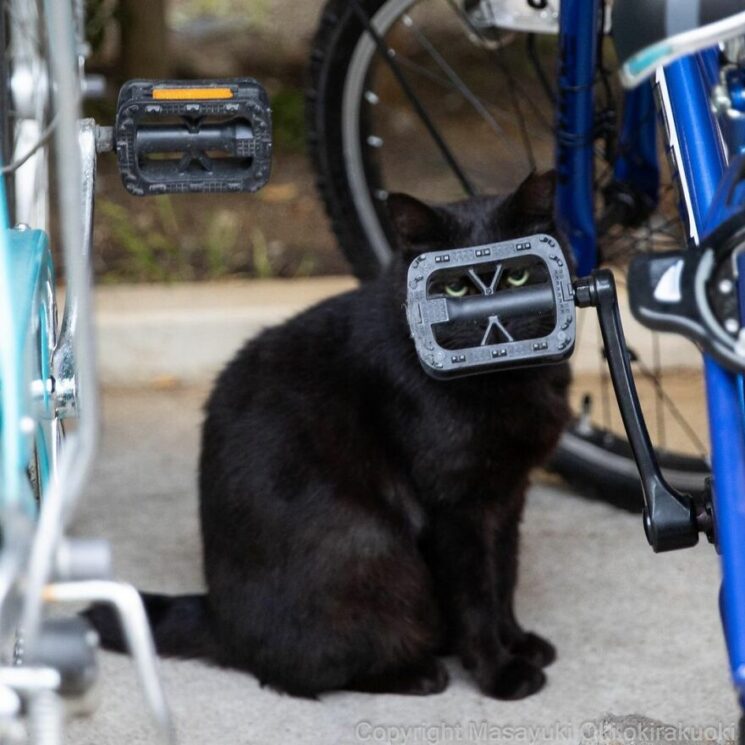 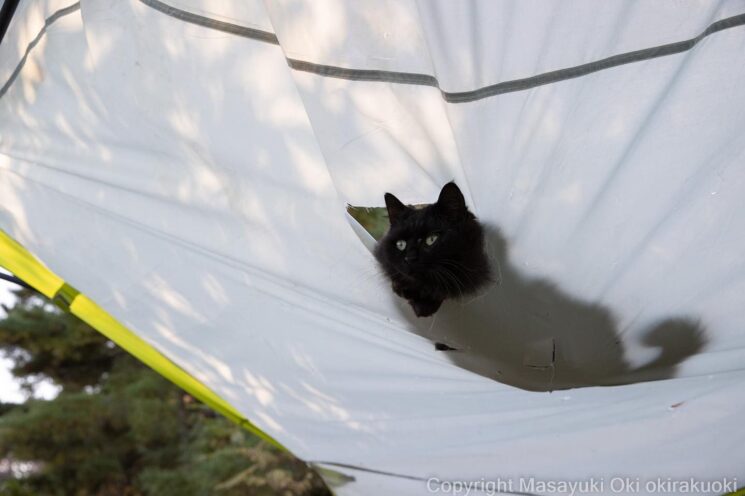 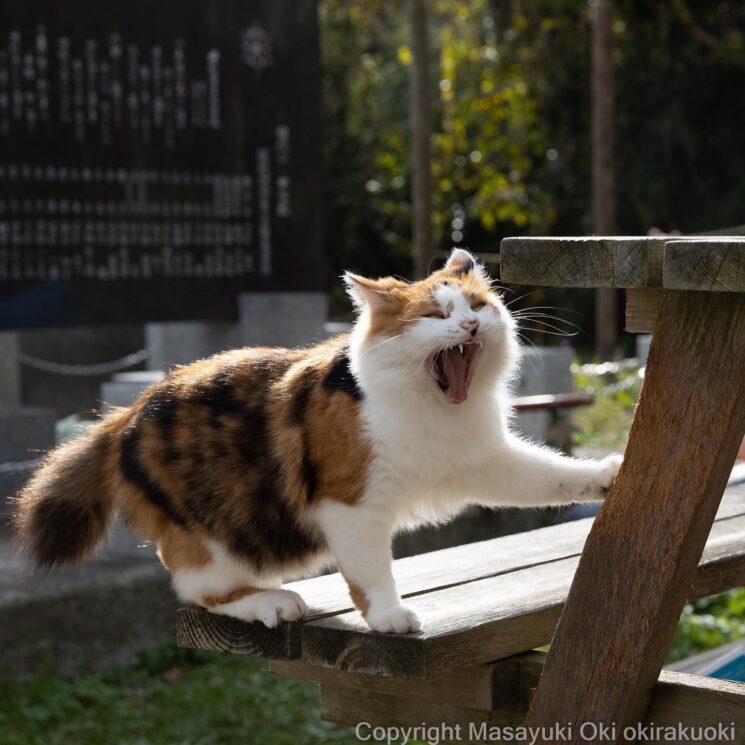 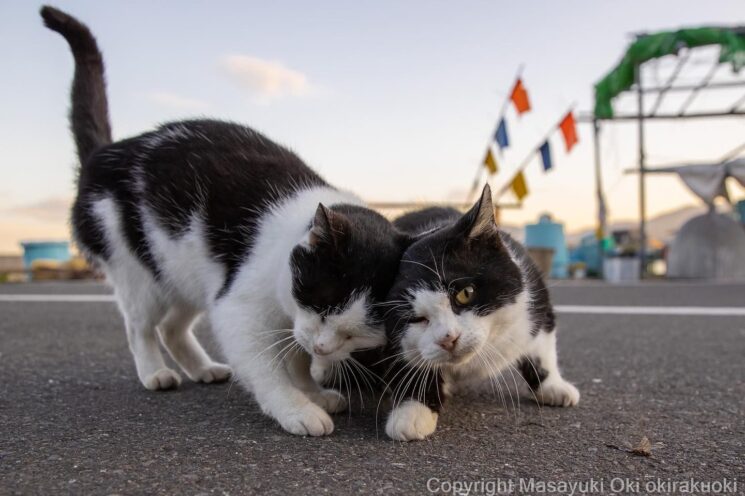 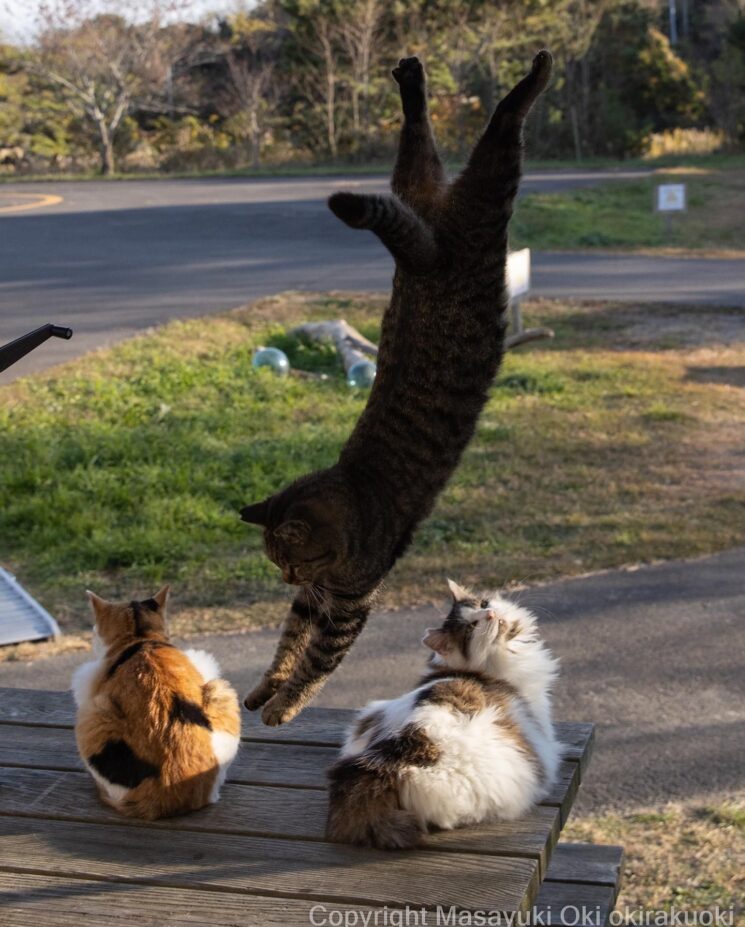 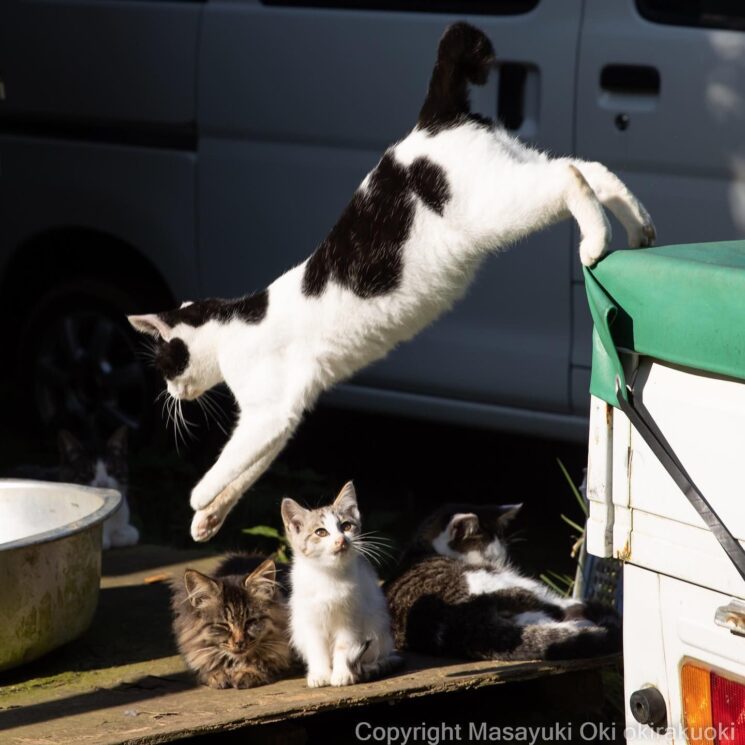 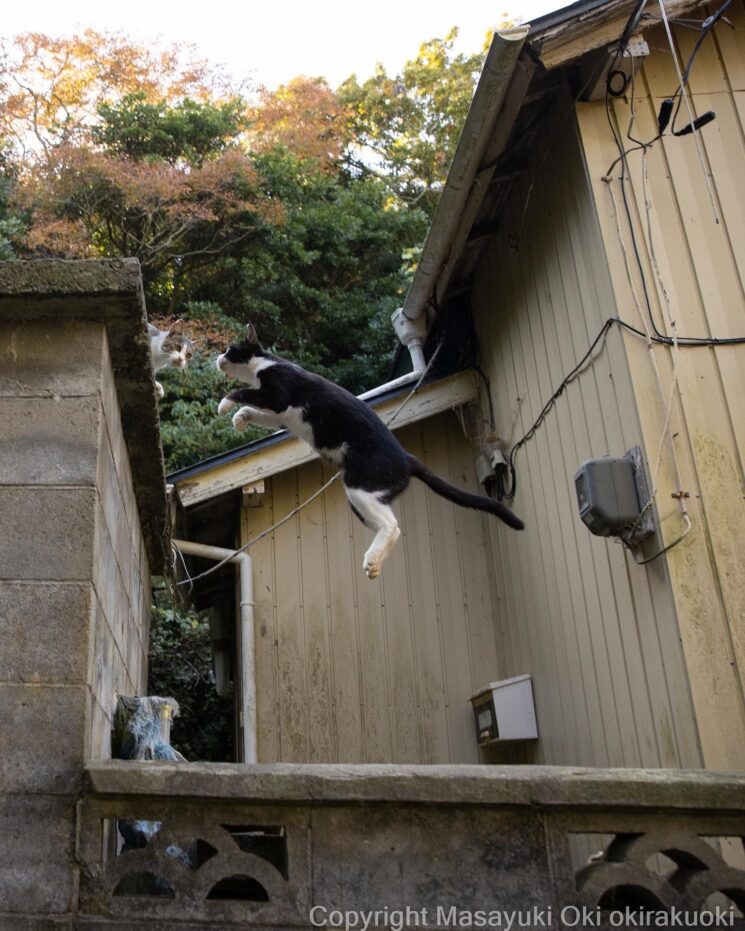 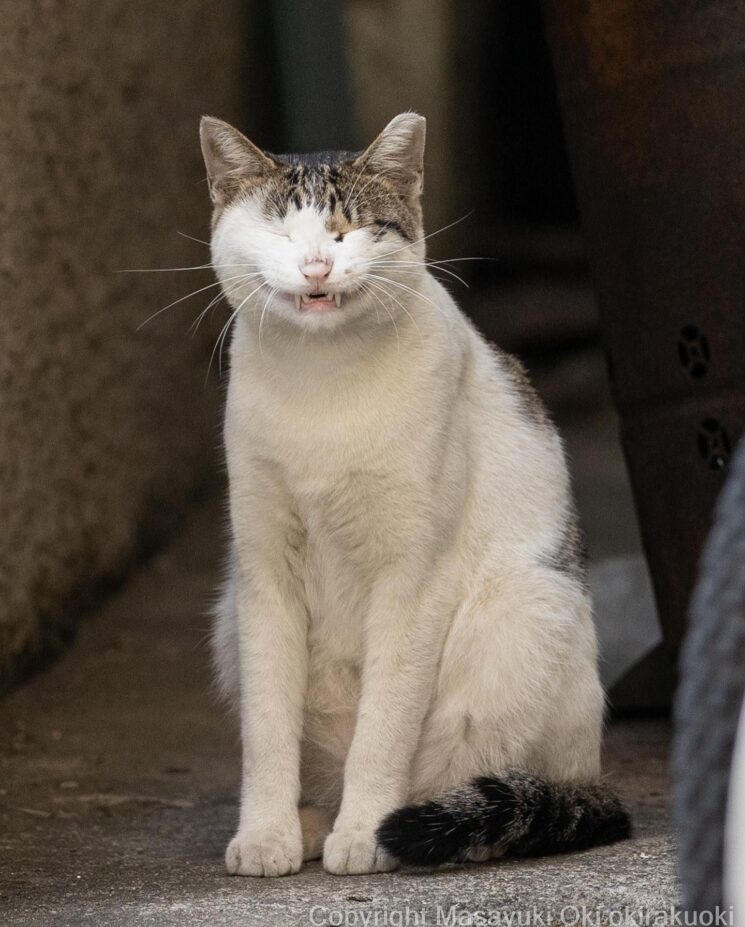 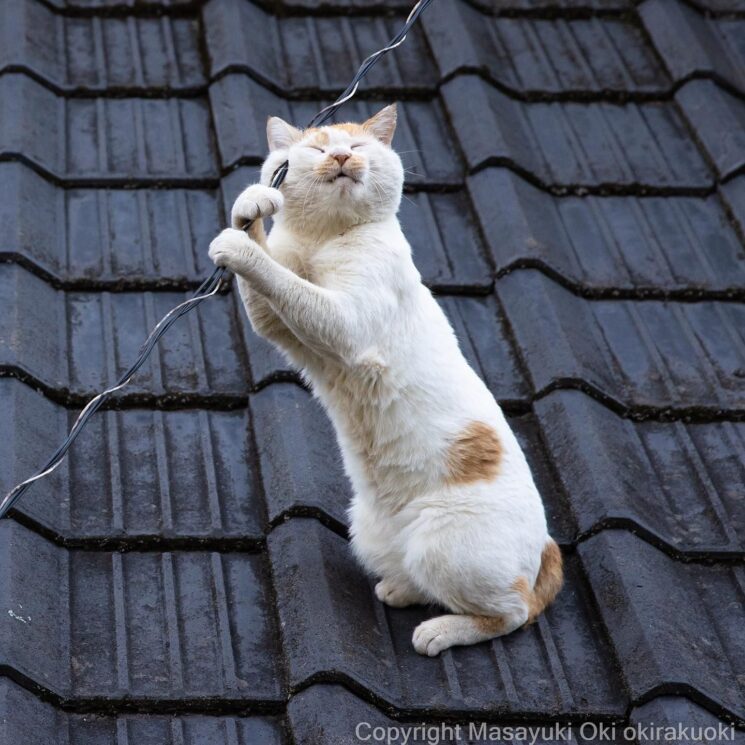 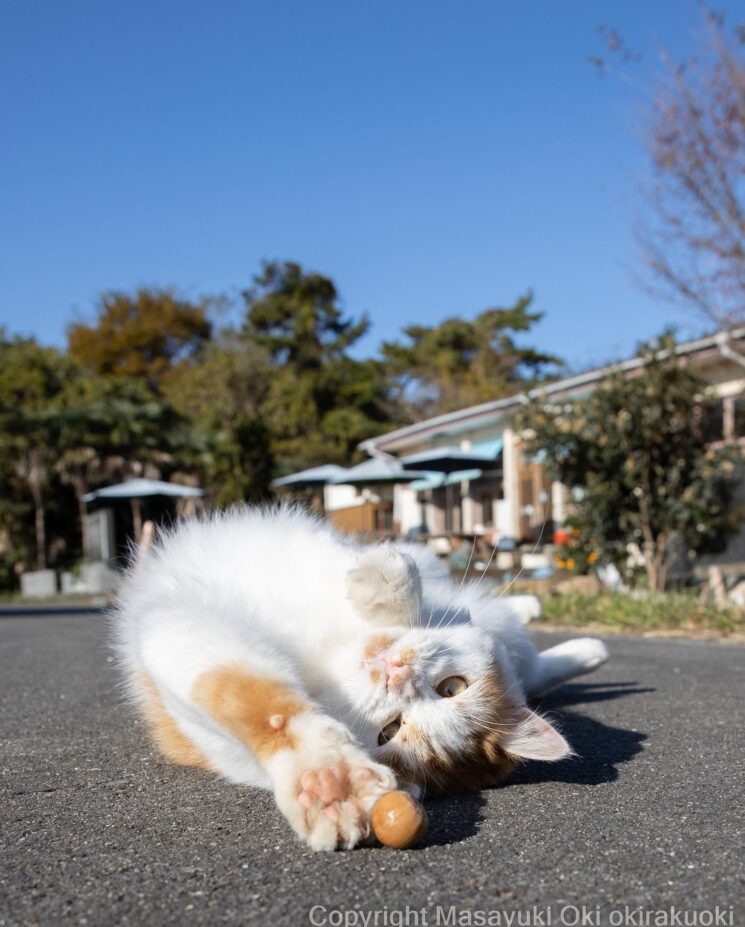 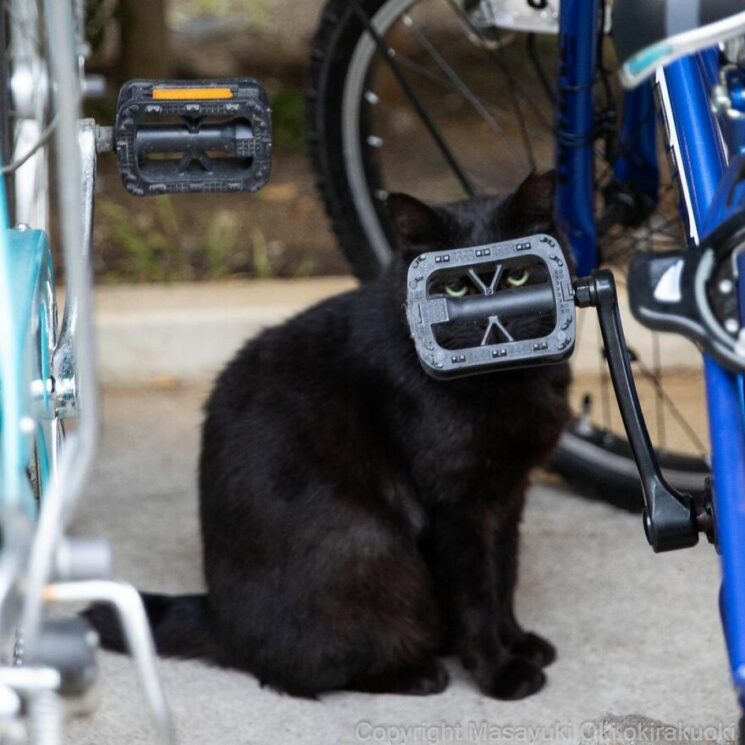