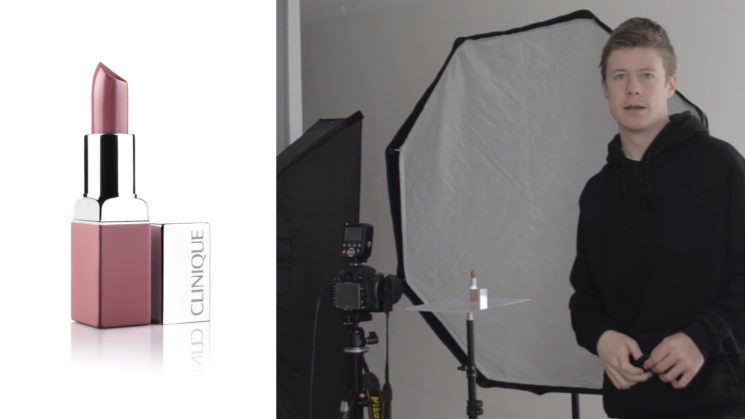 Even if you don’t photograph products regularly, they’re great test subjects to learn lighting. You get to play around, experiment, and explore how light interacts with different surfaces. And you get to do it in a very controlled way. But high end cosmetics typically have a certain look to them that can be difficult to achieve with modest equipment at home.

Canadian photographer, and pretty good keyboard player, Dustin Dolby is here to help. In this video he shows us his workflow to photograph cosmetic products. And he does it with very inexpensive equipment, too. Just a piece of plexiglass, some foamcore, a speedlights or two, and a couple of cheap softboxes is all you need.

There is one thing Dustin says near the beginning of the video that I found a little odd. Dustin shoots wide in order to crop in post. He feels the wider angle gives him a perspective that makes the product take on this “heroic” look. But perspective is a matter of camera distance to subject, not focal length.

If you’ve got a longer lens that can focus from the same position (I love my Nikon 105mm f/2.8 Micro-Nikkor for this) then you’ll get the same perspective. And you’ll have much more detail and resolution to play with if you don’t have to crop so much. The camera is locked off on a tripod to ensure consistent position from shot to shot and fired using a wireless handheld trigger.

The lights are quite basic. Dustin looks to be using the Yongnuo YN560TX transmitter on the top of his camera. This means his speedlights are probably Yongnuo YN560-III or YN560-IV. The softboxes are also relatively inexpensive, too. On the side, it appears Dustin is using the LA Softbox 8″x36″ “Hair Light” strip softbox as his modifier. And the behind the product is a standard 48″ (120cm) octabox. 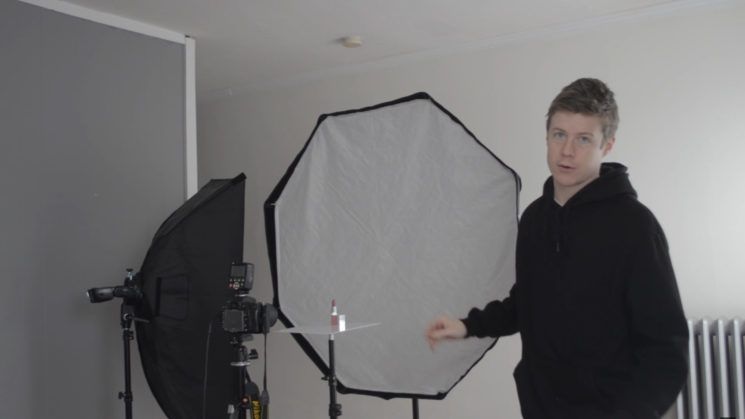 With product placed on a sheet of plexiglass in front of the octabox, Dustin first gets his exposure for the background. His goal is to create a white background, with the product and its reflection a silhouette – or very close to it. 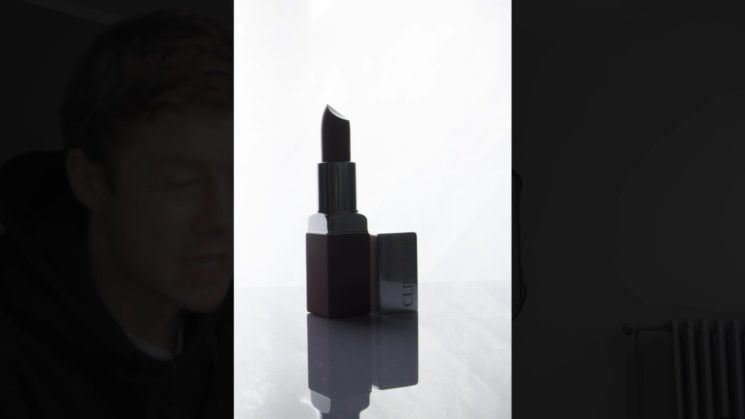 At the moment, it doesn’t matter that some of the backlight is reflecting off the product. Dustin’s process is to make several photographs of the lipstick, each lit differently, to highlight different areas of the product. Then those images will be composited together in post.

First, Dustin lights the left side of the lipstick, and uses a piece of black foamcore along withe strip softbox. This allows him to define the shape, size and position of the light and dark reflections in the shiny reflective surfaces. You can see that the reflection on the Clinique logo isn’t that great, but we’re not worried at the moment. 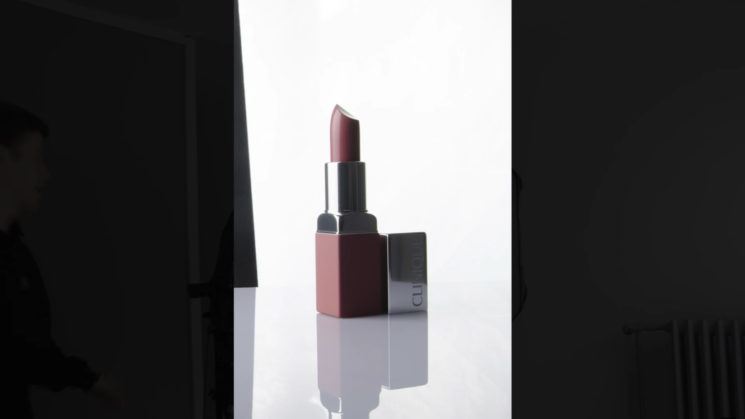 The other side will be lit in a separate photograph. So, Dustin moves the strip light over to the other side, and again uses black foamcore to help form the reflections. 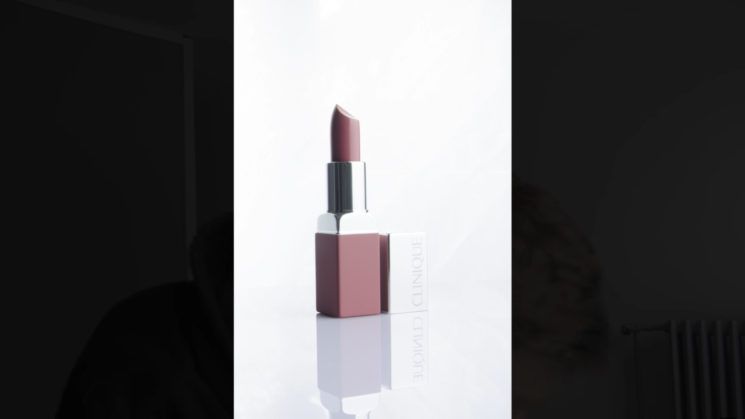 Dustin then creates more photographs to highlight different areas of the product. This lets him get complete control over each part of the product to get things looking exactly the way he wants. These are then brought into Photoshop as layers which are then masked to hide and reveal the different sections. 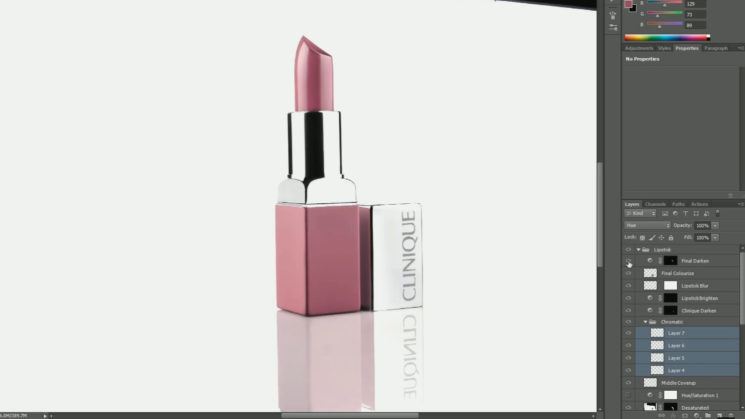 We see Dustin’s complete post workflow. As well as simple masking, Dustin shows the other techniques he used to create the final image, and explains why he made those decisions.

Of course, getting everything setup in the real world and taking it in a single shot is the ideal situation. But that’s not so easy for everybody, especially if you’re limited on lights and equipment. This method allows you to get great final results with minimal inexpensive kit.

It’s a bit like light painting, but with flash instead of a continuous light. I’ve seen many people use this technique for vehicles on location, when all they have is a single light. I’ve also used it myself while photographing a cave. With the camera locked off on a tripod, I could light up all the areas of the cave exactly how I wished to get the final result I wanted.

So, if you’ve ever wanted to try products, don’t let a lack of gear hold you back.

« What makes Sony 100mm 2.8 STF lens so special?
Business Email Etiquette – 5 Simple Rules for Managing Email Without Being An Ignoramus »