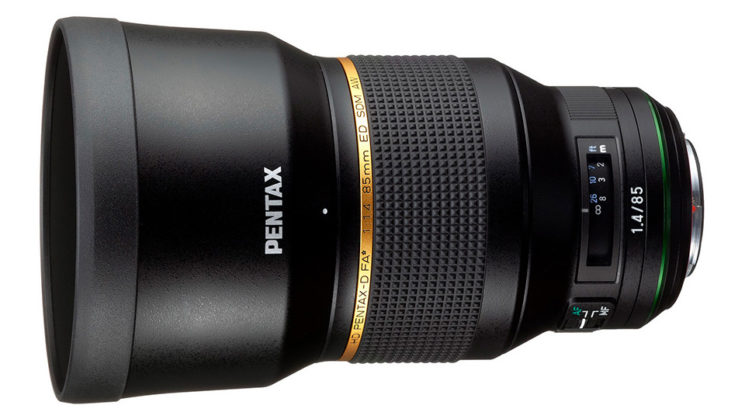 Pentax has today officially announced the development of the new HD PENTAX-D FA★85mm F1.4 ED SDM AW K mount lens for Pentax. At the moment, this is just a development announcement, but some of the lens specs have been released, along with a single photo. And this one doesn’t appear to simply be a rebranded Tokina.

About the new lens, Pentax says…

When it comes to the specs, Pentax is being surprisingly forthcoming, although they do stress that the designs and specifications are subject to change without notice. So, we may see a revision or two before it actually hits the streets.

It’s been quite well known for a while that Pentax and Tokina have shared some lens designs with each other (although, the Tokina versions for non-Pentax systems tend to be much less expensive), but no Tokina 85mm f/1.4 lens currently exists. So, this may be an entirely new design. Whether or not we’ll see a Tokina version released for Nikon and Canon remains to be seen, although it wouldn’t surprise me.

Pentax says the HD PENTAX-D FA★ 85mm F1.4 SDM AW is scheduled for release in “late 2020”, but beyond that they don’t give any specifics or a mention of a price. You can bet it won’t be inexpensive, though.

« How to thoroughly disinfect your camera and workspace
Learn how to read your camera’s histogram… through music? »