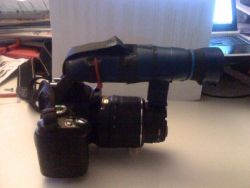 While I don’t usually advocate using the camera built-in flash, There are times that it may be useful. Neil van Niekerk is quite popular for his on camera flash use (with the black foamy thing). This little mod sent by Nick Murray-Hogarth goes even back as far as on camera flash goes and uses the on board flash wrapped in a snoot.

Not too long ago we had an article about using foam rubber sheets to make a snoot to mount on an external flash, not having upgraded to an external just yet, I thought I would have a go at making one for the on-board flash. So here goes!

First cut a rectangle of black foam rubber, the smaller end should just be long enough to fit round the business end of the on camera flash when it is popped up, plus about 2 cm.

The length of the long end is a subject for experimentation, I eventually settled on about 20 cm. Next, cut two slots in the narrow end, so that the whole thing when made into a tube, would slide round the two support arms of the flash.

Then, a bit of pritt-stick along one edge of the long side, wrap the whole thing into a tube, and voila! To make sure the glue stuck properly, I held the whole thing flat with four or five mini-clamps for an hour or so, before moving on. Once the clamps were off, and the tube sprang back into shape. Some masking tape round the tube helps hold it together.

A strip of velcro, the rough side, was glued onto what would become the top surface of the snoot, and a strip of soft velcro glued onto the underneath, such that the soft bit can be put through the underneath of the flash, round the back of it and over the top to attach to the rough velcro, holding the tube in place. 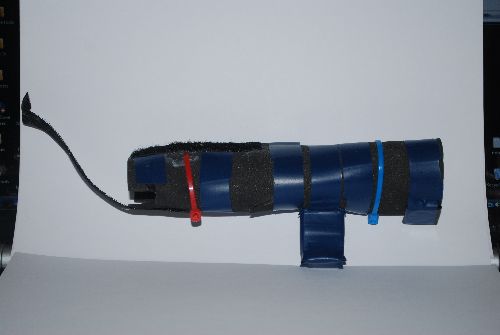 Thus is the basic mini-snoot created. But I was not satisfied, the issues from here on were :

The wonkiness was due to the overlap in the foam altering the shape of the snoot from a perfect circle. Solved by using a couple of cable ties to restore some circularity (?) to the tube.

Side to side and downwards slippiness was solved by making a support for the business end, in the form of a sideways H. This would have to be customizable in dimensions for each user. The foam rubber was folded into shape and then held there with more masking tape, and rests nicely on the focus ring.

Upwards slippiness was solved by taping two pennies together and taping them under the front of the snoot.

Once on the camera, all that is needed is a couple of test shots against a fixed point to check that the circle of light is roughly in the middle of the picture and a bit of fiddling if it is not, and then away you go!

Below , there are some pictures of the contraption, a simple template and also one of the boy photographed against a black background with it. (click the template for larger / printable view) 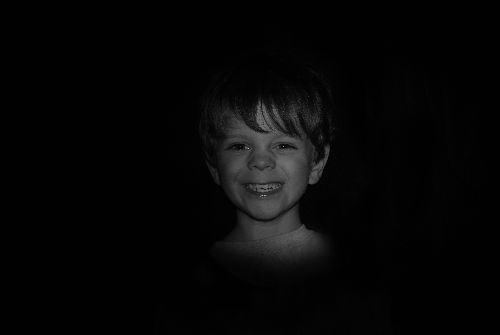 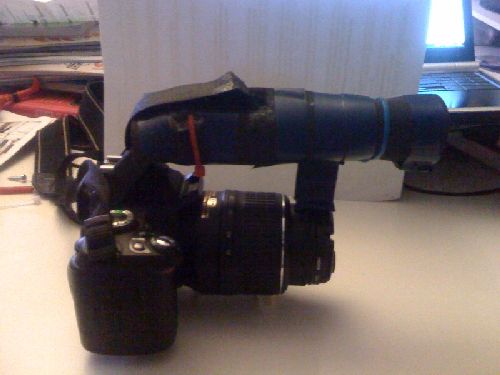 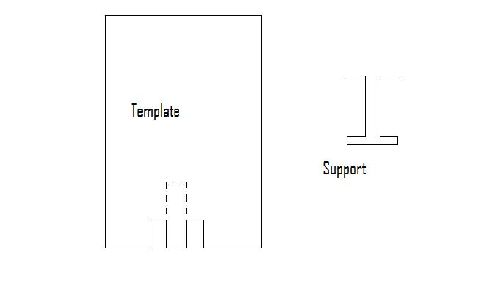 How To Make A Snoot From A Coca-Cola Bottle