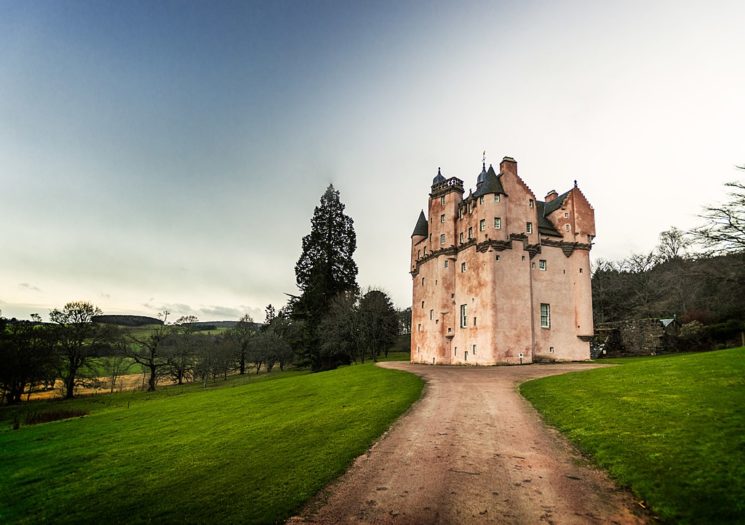 Last year, photographer Howard Kennedy got under fire because of a nude photoshoot inside the 17th century Craigievar Castle. The National Trust for Scotland (NTS), who owns the castle, started an investigation after revealing the nude photos Kennedy shot inside of it. However, the photographer has now decided to fight back. Reportedly, he is suing NTS for damaging his personal reputation and seeks £50,000 in libel damages.

The Craigievar Castle is located in Aberdeenshire, Scotland. It was completed in 1626, and it’s been in the hands of NTS since 1963. It’s said to have inspired Walt Disney’s Cinderella Castle, but it seems it has also been an inspiring place for some nude shots. After Kennedy photographed the model Rachelle Summers in 2012, he and his wife Karen offered the prints for sale worldwide. In 2016, the images reached Gabriel Forbes-Sempill. She is the daughter of Lord Sempill, who gifted the castle to The National Trust. And this is where the whole saga began.

After MsSempill’s complaint, NTS denied granting Kennedy permission for the photoshoot. As Mirror reports, they stated that” “the Trust would never sanction photographs of this nature especially at a location that is regularly visited by families with children.” However, the photographer claimed that he had the permission to shoot, and even paid for it, although – there is no evidence.

As Kennedy told Daily Record, he’d booked the location over the phone: “I told them it was for nude photography. They wanted £500 but I said that was beyond my budget so we agreed £200.” He claims he handed over the check and shot the photos after getting the permission and paying.

Despite the photographer’s claims, NTS denied giving him the permission for the nude photoshoot. They started an investigation to find out how the photographer, his wife, and the model got into the castle. The spokesman confirmed they were “considering legal action against those responsible.”

After the claims of NTS have allegedly “damaged his professional reputation,” Kennedy has decided to sue them. He is seeking up to £50,000 ($66,500) in libel damages. According to the barrister, the complaint also caused around 50% drop in bookings of training courses which Kennedy runs. He adds that, due to the impact of the statement, Kennedy “was finding it extremely difficult to make commercial sales calls.” So, in addition to suing for libel damages, Kennedy is reportedly also suing for alleged breach of the Data Protection Act “including special damages for loss of business,” as reported in Mirror.

Here’s the barrister’s statement, as reported in Mirror:

“The present action concerns the circumstances surrounding Mr Kennedy’s attendance at one of the National Trust for Scotland’s properties, Craigievar Castle, in Aberdeenshire, on 23 February 2012, where he took a series of nude photographs of a model for commercial purposes.

“Mr Kennedy’s case is that he entered into an oral contract with NTS photo librarian, John Sinclair, on 21 February 2012, for the express purpose of shooting nude photographs of this nature.

“He further contends that NTS staff were fully aware of the specific nature of the photoshoot at the time, including via the oversight of at least one female member of staff, who is said to have supervised the photoshoot throughout, either in person or by way of CCTV.”

Reportedly, the case is scheduled for a later date. Considering there is no written evidence of the permission or payment, I am not sure how Kennedy will be able to prove his claims. But no matter how this case ends: I remind you to always make sure to get all the necessary permissions in writing.