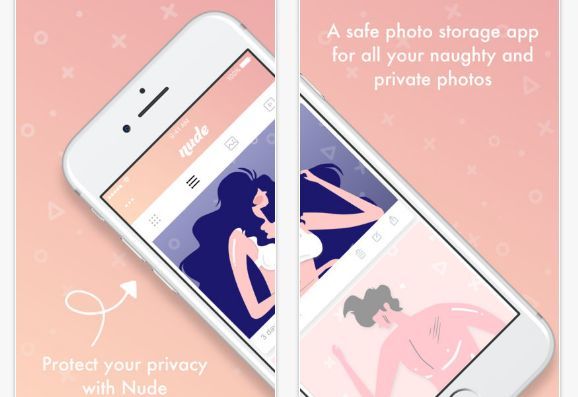 We’ve seen AI used for grouping photos before. A new app named Nude does it too – but it’s focused on the “naughty” photos. If you have any NSFW images on your mobile device, this app promises to automate the process of finding them and hiding them from prying eyes.

According to the description, the app will analyze your camera roll to detect sensitive material. It will then be imported to the app and deleted from your camera roll and iCloud. So, letting an app inspect your private photos, what could possibly go wrong?

For now, the app only works on iOS devices, but the Android version is coming, too. The creators of Nude app promise that everything is done locally on your phone and nothing touches the cloud. However, this only works for the devices with iOS 11. As for the iOS 10 and under, Nude uses Amazon Rekognition. This would mean that the photos do get uploaded to a cloud, at least for a brief time. But according to The Verge, the app uses Facebook’s Caffe2. Still, it “manages to do the analysis locally on the phone.”

To be able to use some of the app’s features, you’ll need to register with Nude. For the joy of automatic sorting and deleting of your nude pics, you pay an annual subscription of $10. It’s not much – but it means giving access to some of your personal data. I’m generally not paranoid, but giving the app an access to my personal data along with the NSFW photos… Well, it doesn’t sound like something I’d choose to do.

According to Melanie Ehrenkranz of Gizmodo, the app  “could use an anatomy lesson.” It marks the photos which are not even remotely NSFW.  But as the app’s creator told The Verge, the app still has to improve over time. Gizmodo reports that the creators had the “catch-them-all” approach rather than letting the app miss something.

If you wouldn’t like the app to dig through your sensitive photos (or you don’t have any), you can use it for other purposes. It also promises to protect copies of your driver’s license, ID and credit cards, and your important documents. You can also “preserve special memories” or store family photos and videos. There’s an integrated camera, so you can take photos and save them directly in the app. The front camera is used to take a picture if anyone tries to guess your in-app PIN and fails.

Personally, I wouldn’t use any app to store sensitive content or important documents. It’s enough that Google knows everything about me. So, if I were you, I’d rather delete NSFW photos manually, without the app. Just in case.