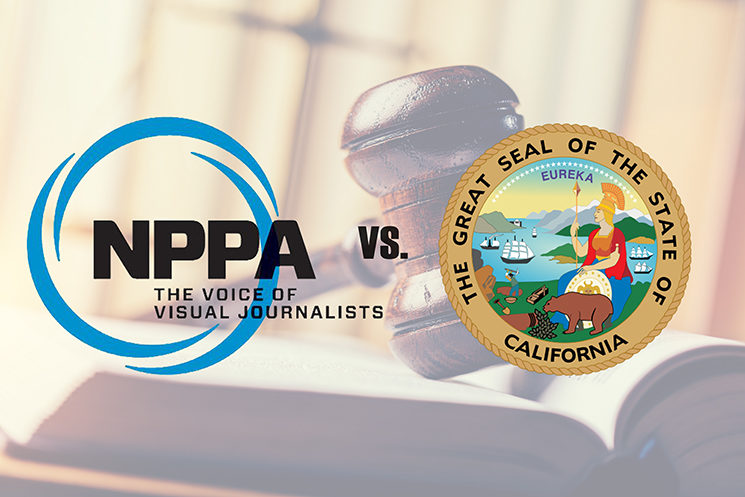 The Assembly Bill 5 (or AB 5) was recently signed into law in California. It limits the use of classifying workers as independent contractors, and “forces” companies to classify them as employees. When it takes effect, this law will also limit many freelance photographers and photojournalists. So, The National Press Photographers Association (NPPA) has decided to file a lawsuit against the California state.

The law was signed in September 2019 and it will take effect from 1 January 2020. According to NPPA’s statement, it “discriminates against some visual journalists.” In other words, those who prefer working as independent contractors (or freelancers) will be forced to become employees of their clients “whether they desire this working relationship or not.”

Sure, there are some good sides to this law and it may work in favor of many people. It’s aimed at reducing worker misclassification as Gov. Gavin Newsom explained. Unlike freelancers, employees are entitled to greater worker protections, such as “the minimum wage, paid sick days and health insurance benefits,” he added. But as always, there are two sides to every coin.

Many employers simply have no interest in hiring freelancers as their employees. Consequently, hundreds of independent contractors have lost their jobs after the law was passed. Some freelance workers are exempt from the law, but even they are limited to only 35 annual submissions per client before the client is obliged to put them on the payroll.

According to NPPA, the AB 5 is discriminatory and it violates the U.S. Constitution. First of all, the law “penalizes some freelancers while allowing other visual artists (including marketing photographers, fine artists, and graphic artists) to continue to perform as independent contractors,” NPPA explains.

Then, the law forbids “any freelancing by visual journalists who shoot video,” which means freelance video journalism has basically been made illegal. And as for photojournalists who shoot stills, the law imposes a limit of 35 annual submissions per client, which I mentioned above. NPPA notes further that the AB 5 imposes similar limitations on freelance writers, editors, and newspaper cartoonists.

Last but not least, there’s the copyright issue. “The default in copyright law is that an employer owns the copyright to the photographs taken by their employees,” NPPA writes. “On the other hand, freelance visual journalists retain their copyright by law unless they give it up.” So, switching from freelancing to being an employee will jeopardize the copyright status of your work.

“From the first reports of the introduction of this bill, NPPA has expressed its concern over the arbitrary and unjust treatment of independent visual journalists under its terms,” said Michael P. King, president of the National Press Photographers Association. “Unfortunately, despite our best efforts to amend the bill’s language, lawmakers have been unsympathetic and unresponsive to our pleas.”

You can read NPPA’s press release regarding the lawsuit here, and the lawsuit is available on this link.