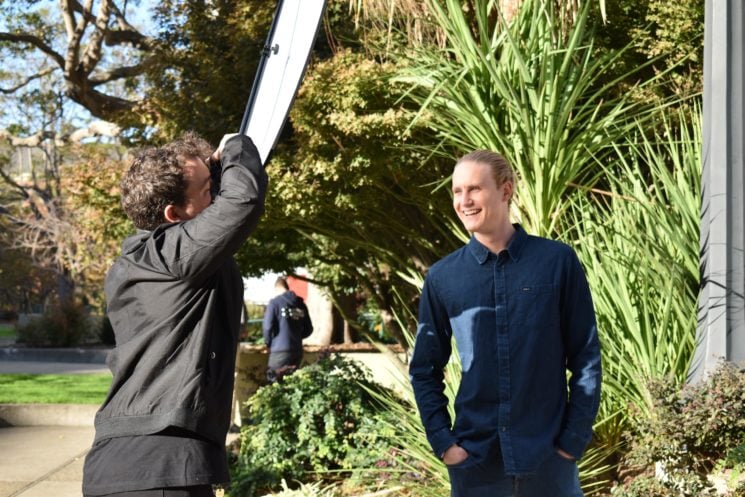 In the regular course of my business, I often take headshots at outdoor locations across San Francisco. For a long time, I struggled to get great portraits on sunny Bay Area days.

I haven’t seen anyone else using the following technique, so I thought I’d share, to help other photographers out there avoid the same issues!

Some Challenges With Outdoor Portraits:

So, when trying to get great portraits in outdoor settings, there are a couple of problems that will be familiar:

First, depending on cloud coverage, shots with a pleasant background and in the shade can be underexposed/uninteresting. We typically want about a half-stop more light on the subject vs. the background to get a nice halo effect, but that shot isn’t always available at any given location. Direct sunlight is also obviously a no-no.

Oftentimes the angles I need to use to get a shot in the shade have a dumpster, porta-potty, or some other generally undesirable object in the background. I work primarily for lawyers, consultants and entrepreneurs, and these clients don’t necessarily want a gritty “urban” street vibe around them.

Second, I’ve been kicked out of many, many public spaces in San Francisco — so I need to move fast, before getting booted. Most cool-looking public parks require a commercial license if any piece of photography equipment is touching the ground. And frankly, the hassle/expense of getting those forms submitted isn’t worth it for a single headshot session. So I can’t use a traditional set of tripods and stabilizers.

Third, I don’t want to pay or spend the time coordinating with an assistant to stand there holding a diffusion disk. A) It’s annoying to have to line up an additional schedule  (my clients and I are busy enough without adding a third person to the mix), and B) I’d rather not add that expense to my service offering.

So begins my adventures in using traditional light diffusers.

First, I tried a traditional circle diffuser, and just held it by the rim with one hand. 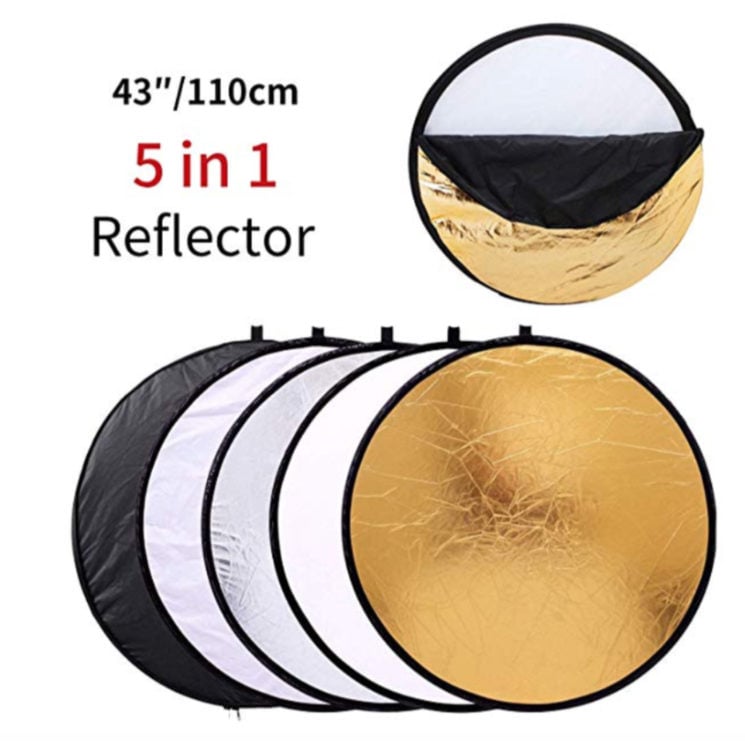 Unfortunately, I couldn’t manage to hold the disk steady while also holding the camera.

Then, I tried one of these “Handheld” diffusers: 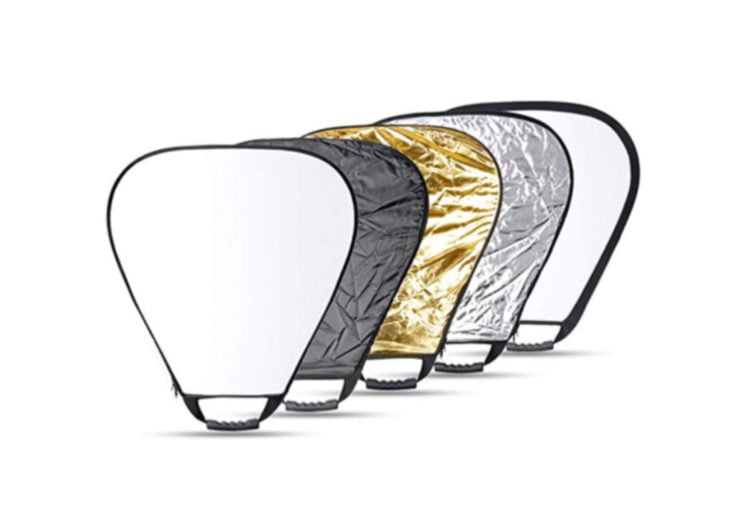 These tripod diffusers can be handy indoors, but they’re a pain in the butt to control when there’s even a hint of wind. Also, all of the versions on the market are too small to cover the subject’s entire torso.

So, finally, I created a combo of the two tools. 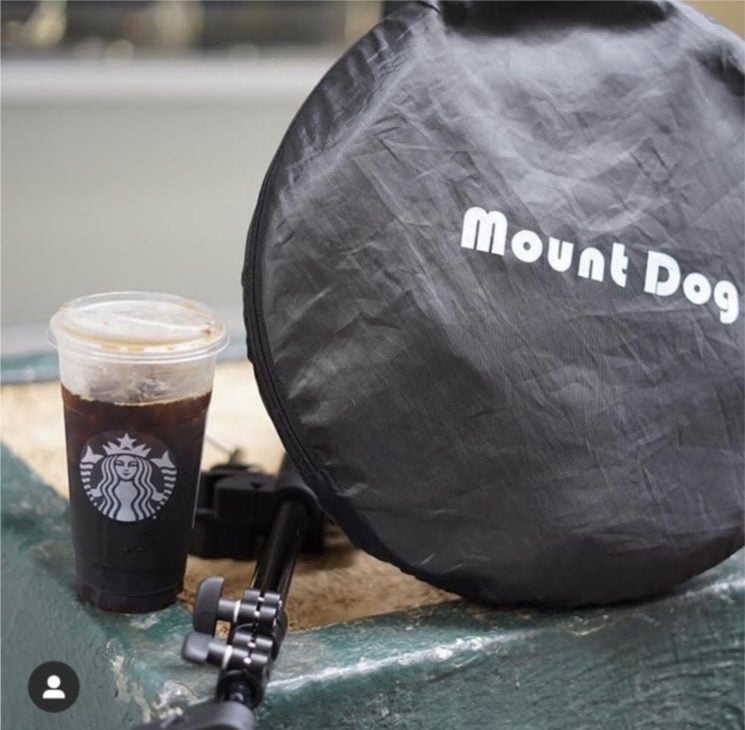 Note: I needed to add super glue to the cap of the studio arm in order to keep those puppies from popping off during the shoot.

1. A light diffusion disk. Any brand is OK — I’ve used different ones before and ended up with similar results. 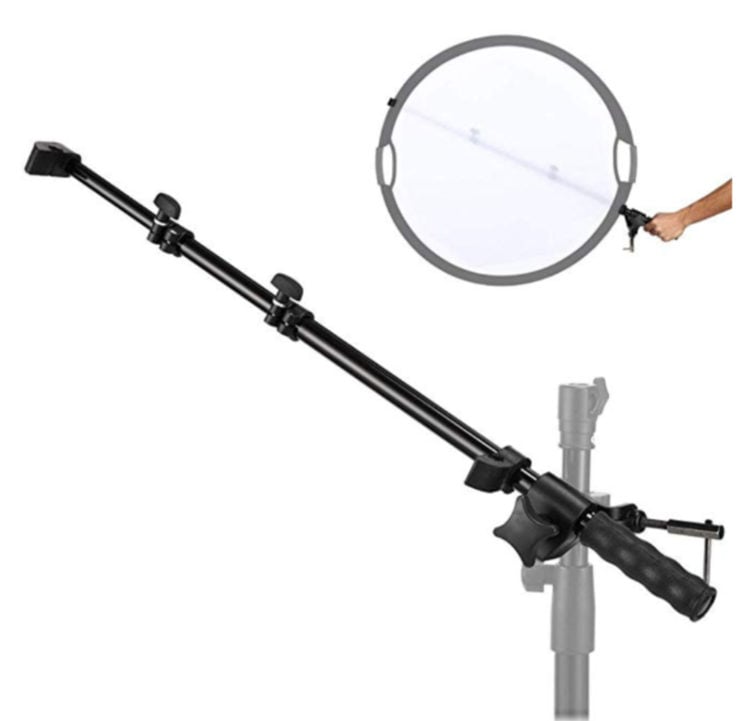 This is the end result: 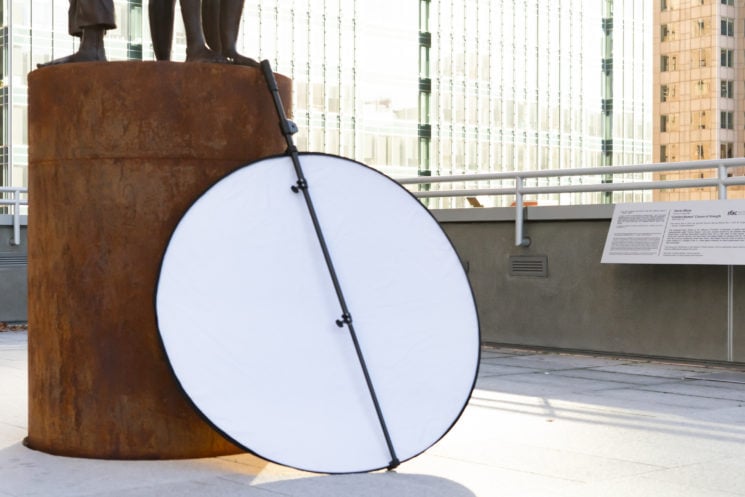 Note, I bought several versions of that arm before, but Selens is the only brand that’s worked for me (again, not an affiliate, just giving credit where it’s due :) ). I also had to make some modifications in order to stabilize the disk. If you’re curious about more details, just email me at dan@headshots-inc.com to get the latest version I’m using.

The core concept here is that light diffusion is your absolute best friend in outdoor shoots. It gives you a ton of flexibility and mobility when selecting poses and backdrops for portraits.

But, you need a studio arm in order to stabilize the disk and adjust it to the subject’s pose and desired level of exposure.

Depending on the strength of the sunlight, you will need to keep the diffusers somewhere between 1.5 and 2.5 feet from the subject. Too far, and the lighting will be flat. Too close, and the subject will be overexposed.

You’ll want the diffusion disk between 1.5 and 2.5 feet away from the subject.

Here is the end product from that shot: 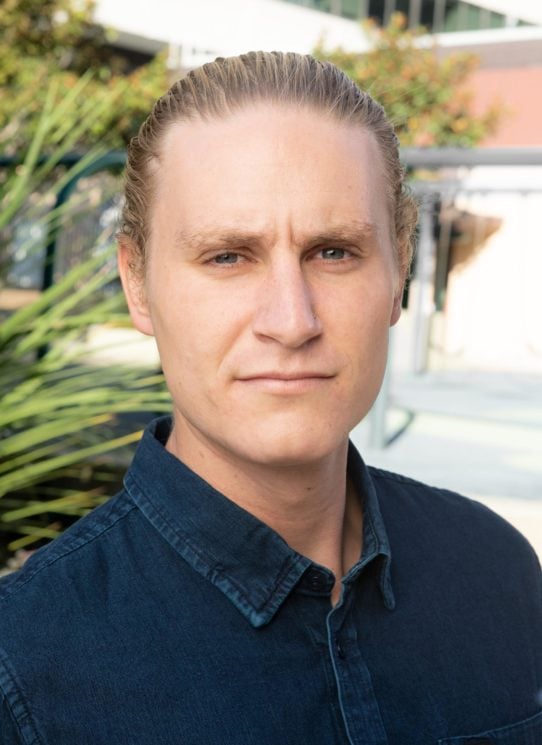 This is a decent shot overall,  but the lighting is a bit flat on the subject’s face, because I have the diffuser too far away. 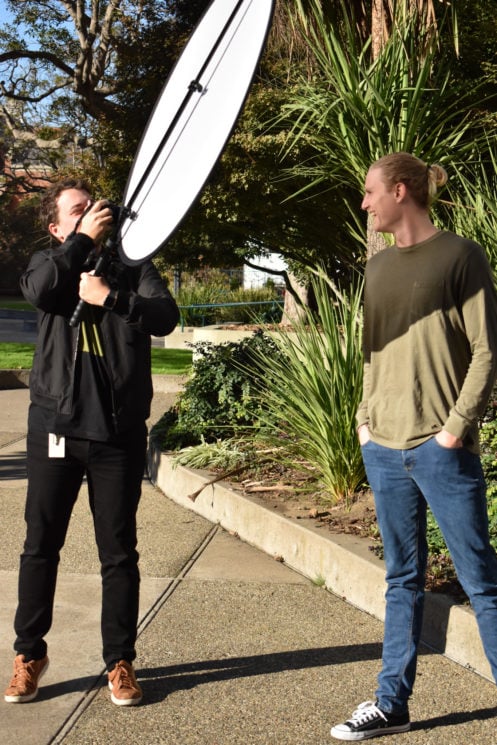 In order to properly highlight the irises and fill in the eye sockets, you should hold the diffuser as low as possible in relation to the subject. Holding the diffuser to one side of their face will also add more depth to the photo. 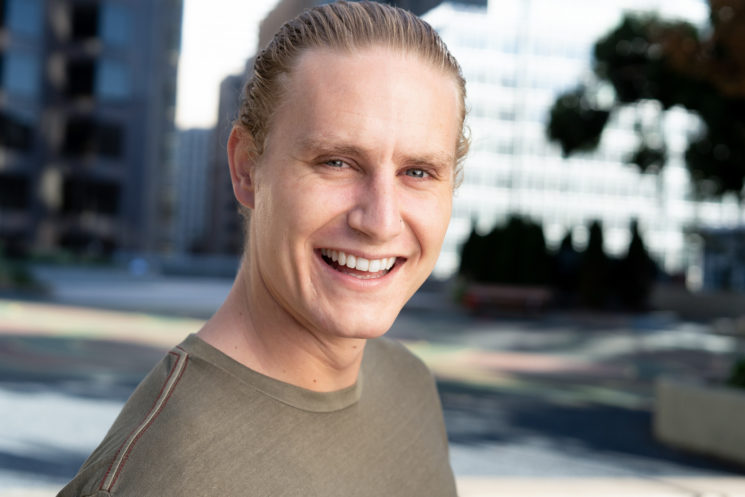 Bingo! When held at the right distance, you get flattering light that isn’t too flat. Clients love the natural magazine-style look that light diffusers plus sunlight create.

You can also use the arm to bounce light upward via the white reflector. This kit is particularly useful when diffused light from a cloudy day is coming from behind the subject. 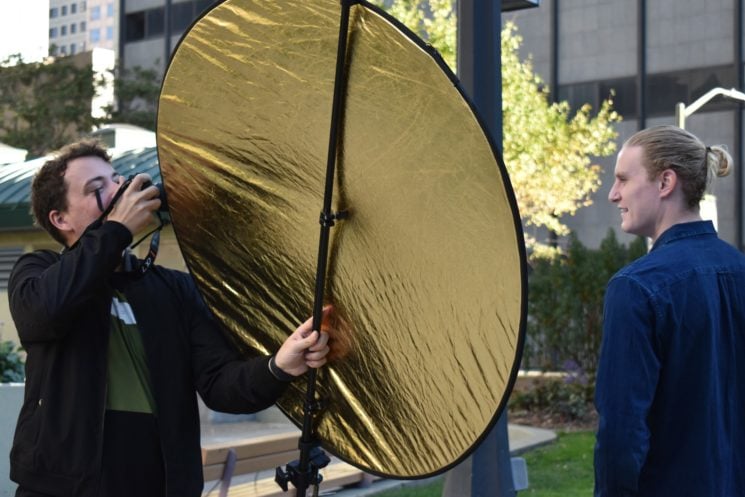 You’ll want to hold the reflector as close to the subject’s face as possible, while avoiding white color cast. 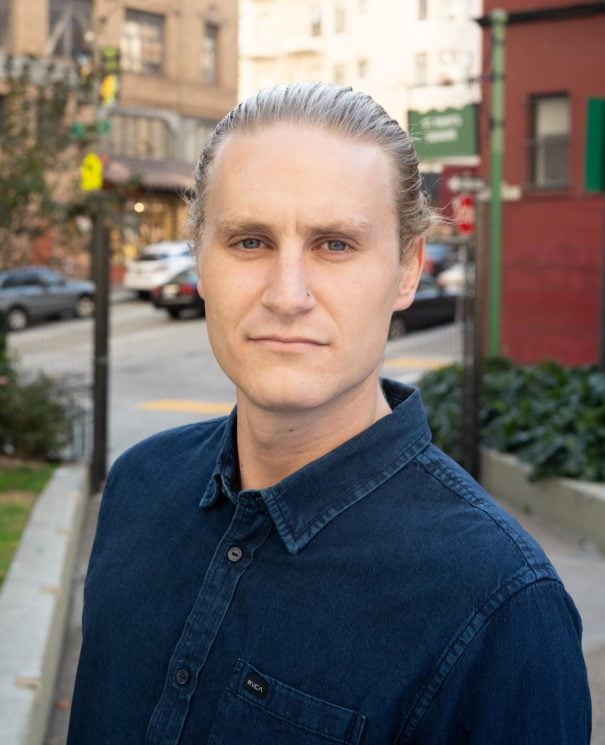 The hand-held reflector increases exposure on the subject and helps fill in their eye sockets.There’s still a bit of shadow in the eyes here, but at least it’ll be fixable in Lightroom without a major undertaking. Without the reflector, though, this shot would have been way too backlit.

Some notes on limitations

If the subject is sensitive to light, you might struggle to get them to keep their eyes open for extended periods of time when using the diffusers. In that case, I would move them into the shade and use the reflector disk instead.

As you’re shooting with one hand, your two big enemies are camera shake and wind.

To address camera shake, you’ll likely have to increase exposure compensation + ISO to keep a tight shutter speed. I wouldn’t shoot at any shutter speed slower than 1/250. I shoot at +1.7 Exposure Compensation, and between ISO 1000 and ISO 1250. If you shoot at a lower ISO, the subject will likely be underexposed and/or blurry.

As for wind, you’re still basically holding a big sail up in the air, so you’ll have to 1) Shoot between gusts of wind, and/or 2) Jam the end of the stick against a street sign, tree, etc. to stabilize the device. Both methods can be helpful.

Metering your shots is tough and can create a lot of overexposed photos. I’ll typically spot meter on the brighter side of the subject’s face to avoid this problem.

There are still some problems with this device as I’ve constructed it, so I’m working on a Version 2.0, but for now, it’s a critical part of my gear list, and of keeping my operation tight — no off-camera flash and no assistant needed! 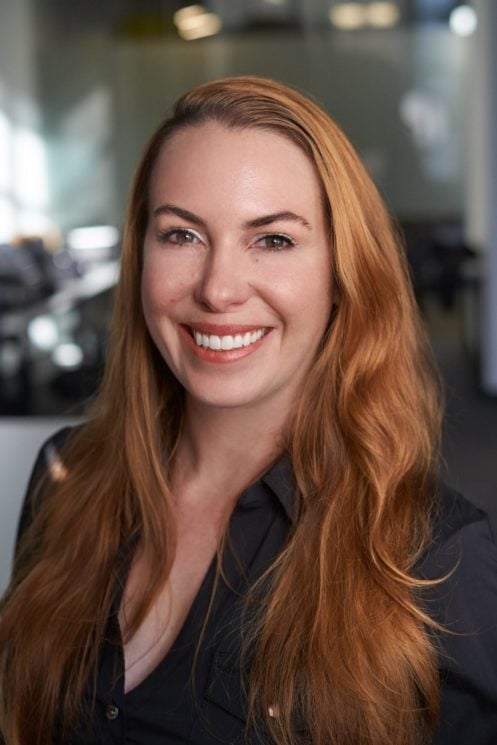 Mobile diffuser in broad daylight in front of GG Bridge: 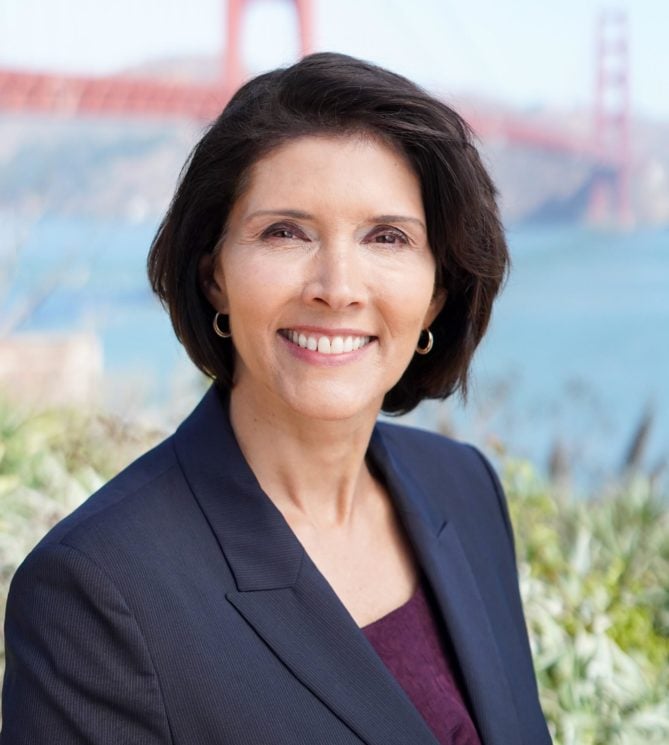 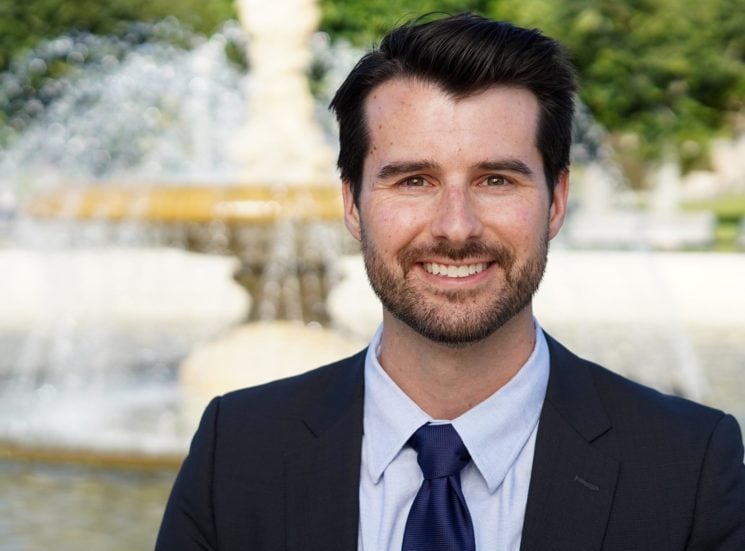 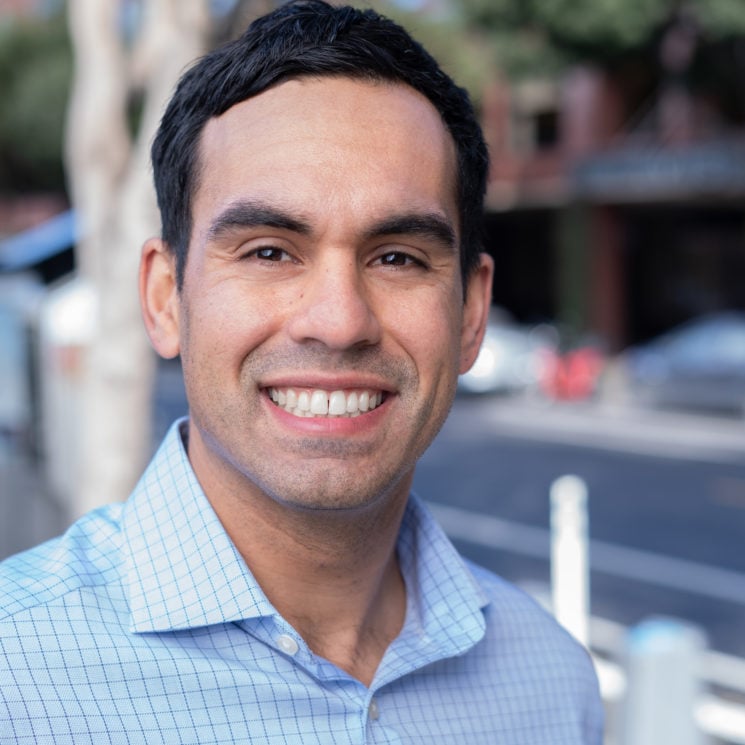 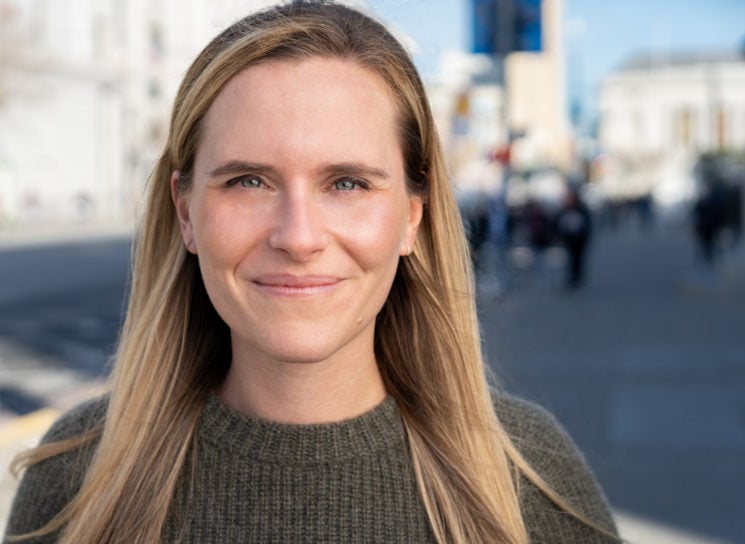 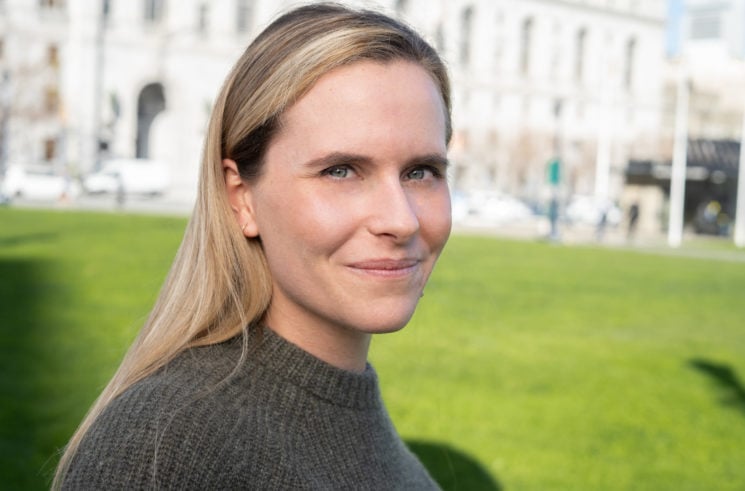 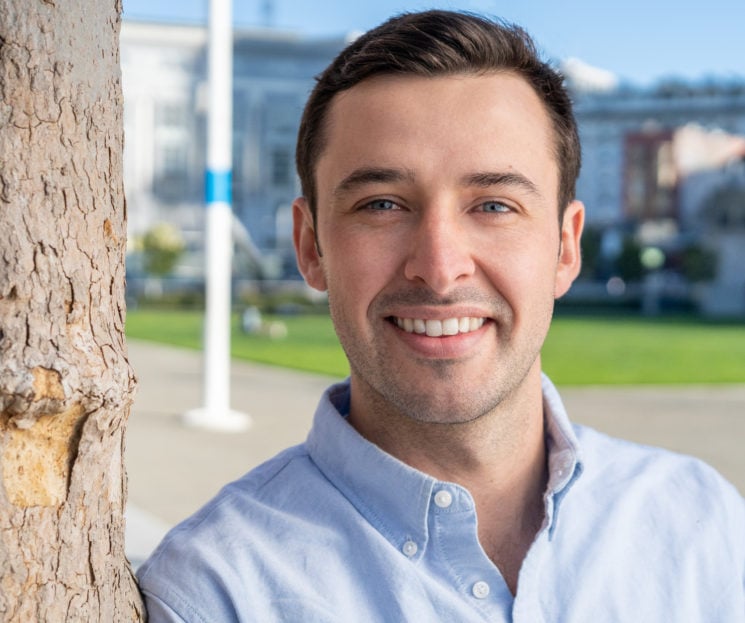 Dan St Louis is the Owner and Head Photographer at HeadShots Inc, a headshot photography studio based in San Francisco. To see more of his work, you can go to his website and follow him on LinkedIn.

Repurpose a stroller as the ultimate mobile location lighting assistant

Hiring An Assistant Without Jeopardizing Your Business
« How to use light, shadows and highlights for dramatic portrait lighting – Part 2
3 ways the Fuji X100 changed the camera industry forever »