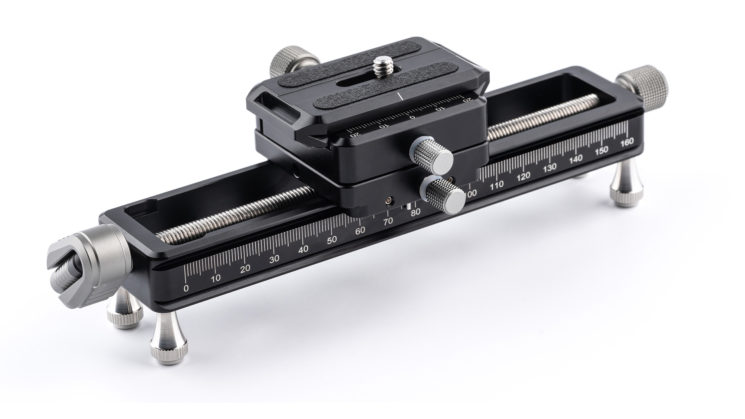 Lens and filter manufacturer, NiSi is branching out into macro with their brand new NM-180 Macro Focusing Rail. And from looking at the video and visuals sent over to us, it looks pretty good, with a range of features and design choices that are quite interesting.

Macro focusing rails aren’t a new idea, but they haven’t been really updated in a while and there are a lot of terrible ones out there on the market. They’re designed to help you get more precise movements due to the super shallow depth of field you have when shooting macro. And NiSi’s offering appears to have some cool tricks up its sleeve.

NiSi’s NM-180 macro focusing rail is pretty interesting as it can sit on a surface using the supplied feet or you can remove them and turn the whole thing into a tripod-mountable unit. Sure, lots of macro focusing rails can be mounted to a tripod, but what’s cool about this one is that as well as having the standard 3/8-16″ (1/4-20″ with an adapter) threaded socket underneath, the whole body of the thing is an Arca Swiss compatible tripod plate.

So, if you’ve got an Arca Swiss compatible head, you can just mount it right in there without having to mess around with adapter plates or risk it coming loose and rotating off to the side in the middle of a 50-shot focus stack. And when you do need to do those stacking shots, there’s a handle on the end with engraved markings along the whole length of the unit to let you get that fine tune adjustment from one shot to the next. 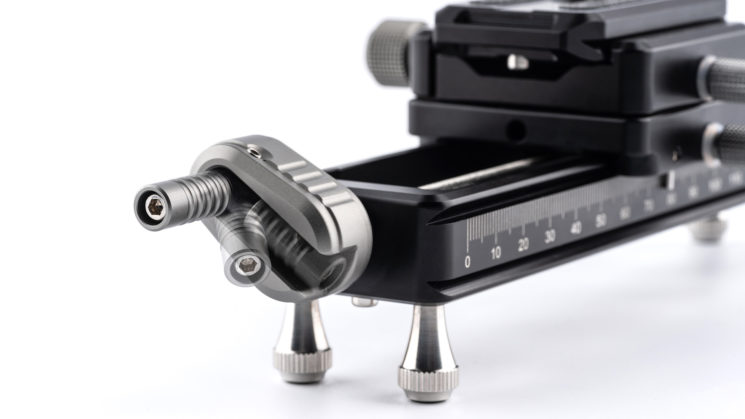 The Arca Swiss compatible body and handle on the end aren’t particularly unique ideas, either. Both of these features also exist in SunwayFoto’s macro focusing rail, too. But NiSi’s offering offers a little extra travel along its length and also has a few tricks up its sleeve when it comes to the top mount for your camera.

The Nisi macro focusing rail has a mount on top to accept an Arca Swiss compatible plate, also just like the SunwayFoto. But in the case of the NiSi, the whole head assembly can rotate, allowing you more freedom of movement. 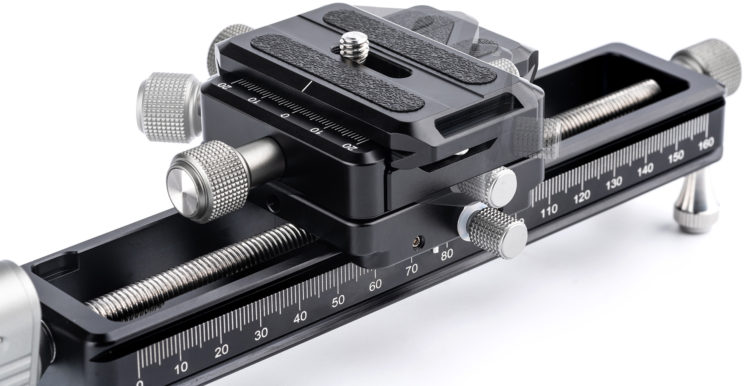 Overall, it just seems to be a very well thought out unit and while it is on the expensive end of the inexpensive macro focusing rails, it’s still substantially cheaper than many of the higher-end alternatives. So, it may be a good compromise on price vs features for many macro photographers.

The NiSi NM-180 Macro Focusing Rail will cost $129, although there’s no word on a release date yet or when we might be able to see it at the usual retailers. For now, you can find out more about it over on the NiSi website.