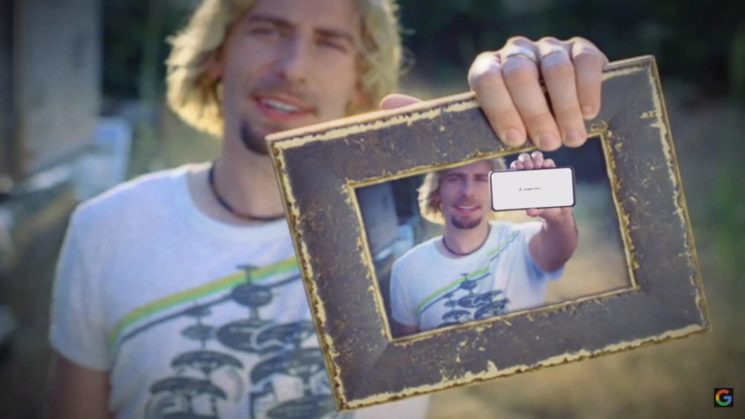 When it was released in 2005, Nickelback’s song Photograph hit no. 1 on numerous US and UK charts. And now, 15 years later, the Canadian band teamed up with Google Photos to create a parody better than the song itself.

As you probably know, Google Photos has the option of sharing “on this day” photos and helping you relive your memories. To promote the feature further, the company chose a method that I find pretty unusual, but very amusing. They teamed up with Nickelback to create a one-minute parody of the song dedicated to Google Photos… But also to some hilarious images, along with jokes about Chad Kroeger’s “noodle hair“:

Falling down the photo rabbit hole
Is it my hair or just a ramen bowl?

Google says that the video was released now because more people look back at their photos and videos between Christmas and New Year’s. Talking about the collaboration, Nickelback singer Chad Kroeger said:

Fifteen years ago, we had no idea that the photos on our mobile devices would become such a ubiquitous part of all of our lives. When Google approached us with the idea about marrying the song with Google Photos we felt like it would be a fun and nostalgic way to give the song a lyrical refresh and share some of our favorite memories.

The video appeared on Google’s YouTube account with the title Google Photos – Look at your photographs. There are lyrics too if you want to sing along, and I must admit that they made me laugh even though I don’t really like the original song. How do you like it?