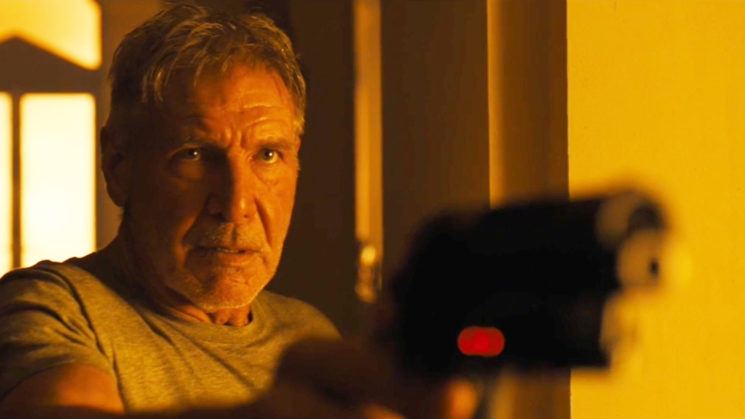 Blade Runner 2049, the upcoming sequel to the 1982 hit Bladerunner, is, unsurprisingly getting a lot of people very excited. As bits of information about the film comes out here and there, it just heightens the anticipation. A new featurette released recently builds that up even more. Showing some incredibly beautiful shots, but also offering some behind the scenes insight from various people.

One of those people is legendary DP, Roger Deakins. Over the years, Deakins has worked on a vast array of movies. The Shawshank Redemption, Skyfall, O Brother, Where Art Thou? and A Beautiful Mind to name just a few. But it appears that even he hadn’t seen anything quite like this before.

I have never worked on a film with so many sets and different lighting patterns. Technically it’s quite challenging.

With some of the names on board with this project, it looks set to be an incredible story. Ridley Scott, director of the original Blade Runner, is back as Executive Producer. The director for Blade Runner 2049 is Denis Villeneuve, who did a fantastic job with last year’s Arrival. So it will be very interesting to see the direction it takes.

Harrison Ford is back to reprise his role as Rick Deckard. Ford says that he thinks it’s “kinda fun to play a character 30 years later”. Something he seems to be getting quite familiar with recently. Joining him, for better or worse, are actors Ryan Gosling and Jared Leto.

The original Blade Runner had some amazing visuals. Sets and scenes that would impress even today, let alone 35 years ago. Even if Sci-Fi’s not your thing. You can probably rest assured that Blade Runner 2049 will also be something of a visual masterpiece, too.

I for one am definitely looking forward to its release.

How technical do you have to be to take a good photo?