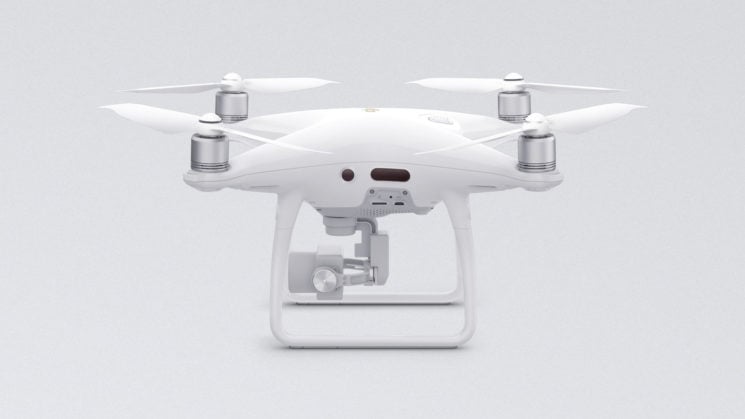 People have been hoping for an update to DJI’s Phantom line for a little while now. Many thought the next announcement we’d see would be a Phantom 5, but it turns out that it’s not. It’s the Phantom 4 Pro v2.0. It packs all of the features of the old Phantom 4 Pro, but with a couple of nice updates.

The P4P V2 is more of an incremental upgrade than a replacement model, but it boasts improved image quality, reduced noise output and 6-camera navigation with new infrared obstacle sensors. There’s also a new remote option with integrated display.

In many respects, it’s a lot like it’s predecessor. It shoots 4K60fps footage and 20MP Adobe DNG raw photos. It has the same 25-30 minute flight time, it can be flown autonomously with DJI’s intelligent flight modes, and works with DJI Goggles. But what is new is h.265 encoding at 100Mbps, an improved lens, a new 6-camera navigation system, and new infrared obstacle avoidance sensors. And there are a few other things, too.

There’s also an option to buy the remote with a built-in 5.5″ 1080p LCD screen if you don’t want to tie up a phone or tablet. 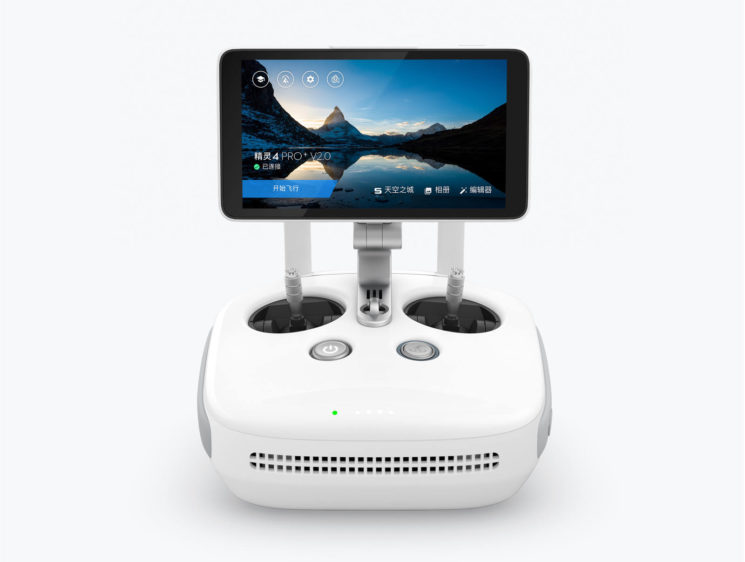 The Phantom 4 Pro V2.0 features new infrared sensors. These provide more reliable obstacle detection and avoidance. A first for DJI drones is that some of these sensors are in the side of the craft and allow the P4Pro 2 to detect obstacles up to 7m (23ft) away.

Three sets of cameras allow the P4Pro V2 to see forward, backward and down toward the ground. These help the P4Pro 2 to keep its position when GPS is not available. DJI claim the new system works at speeds travelling up to 31mph, and a new “Narrow Sensing Mode” helps the drone to fly more safely through tight spaces.

Exactly what this means is unclear, as the only thing they seem to have done to video is to add h.265. This, like h.264 is a delivery codec, not really an editing codec. It relies heavily on compression, and requires a lot of computing power to be able to work with it in an editing application in realtime.

H.265 does offer a great improvement in quality over h.264, though, at the same bitrate. And given that the bitrate has also increased from 60Mbps to 100Mbps, this should be a noticeable overall boost in footage quality. But it’s not ProRes.

Rolling shutter has been a problem for cameras with CCD sensors since they first popped up. The Phantom 4 Pro V2.0 is the first DJI drone to employe a mechanical shutter to help combat this. It has a maximum shutter speed of 1/2000th of a second. The electronic shutter has also been improved, bumping its max speed up to 1/8000th of a second and a new burst mode allows 14fps capture of 20 megapixel stills

While the improvements are numerous, I don’t think Phantom 4 Pro owners should rush out to upgrade. But if you’re in the market for a drone of this class, I think it’s definitely worth checking out the new v2.0 over its predecessor.