After taking the two hours’ drive from Sedona the conditions were not optimal and the air was a bit hazy. Luckily for Rolf, the party decided to take is slow and look for some other viewpoints. 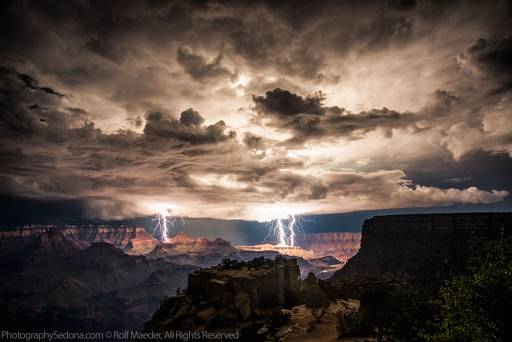 As they were waiting, a lightning storm emerged at the east end of the canyon, providing a perfect lighting show at a safe distance. The fact that the storm was far away, and the cars were nearby for fast escape, allowed them to setup tripods and do some long exposures.

Here is how the evening unfolded, with the storm getting closer and more wild as time progressed. 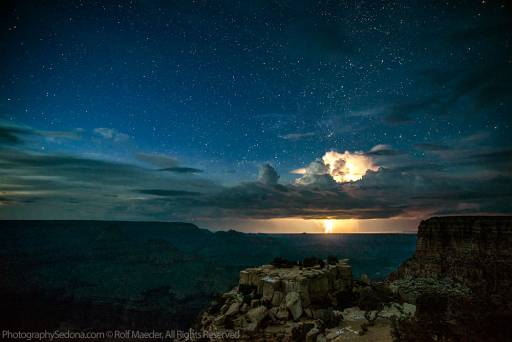 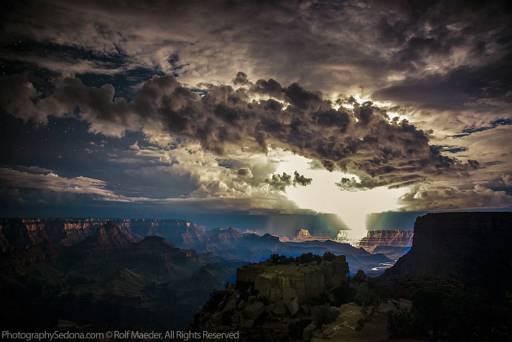 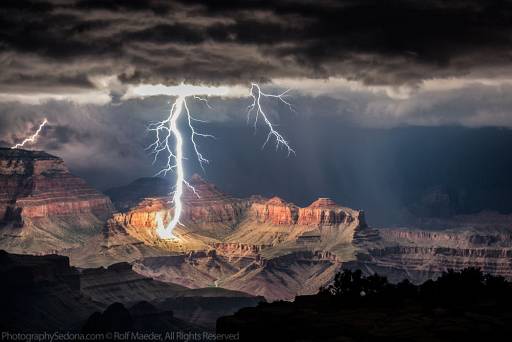 There is another post detailing the post processing of the photograph. It is pretty interesting to see how the photo (which was very good to begin with) was enhanced over the course of the edit. Particularly, it was enlightening (no pun intended) to see how visible the Chromatic aberration was in the lighting. Here is the before after Chromatic aberration correction: 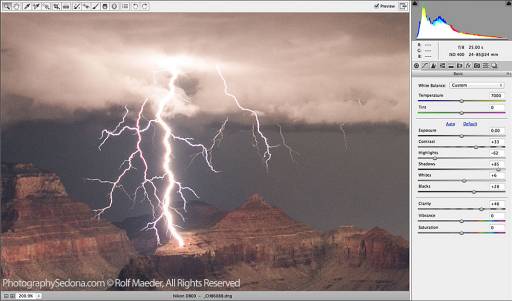 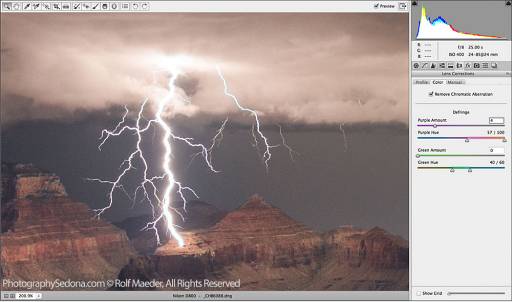 The full edit is detailed here.

This is a great example on a shoot that did not as planned at all and still produced a great photograph.

This timelapse shows rare and beautiful phenomenon in Grand Canyon

« Is Google Planning To Go Head To Head With Adobe?
Photography From The Future: Cockroach Cam »