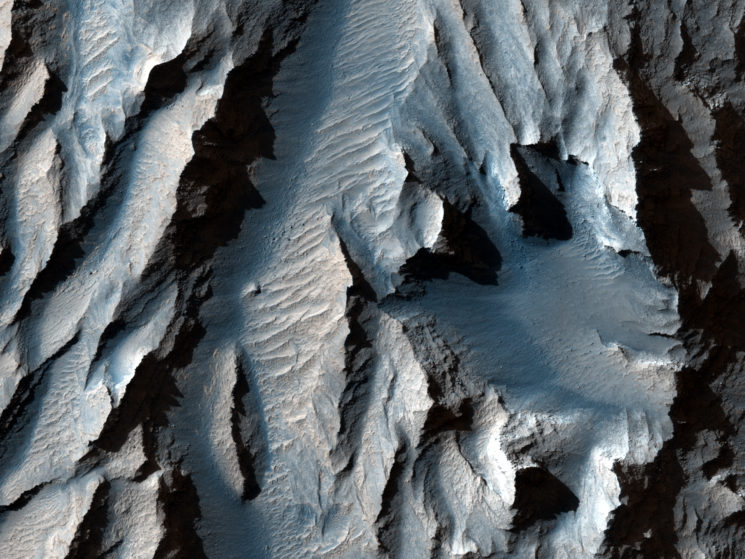 The researchers at the University of Arizona captured some stunning photos of the largest canyon in our solar system. It’s the Valles Marineris canyon on Mars, which is around five times longer and four times deeper than the Grand Canyon in Arizona.

According to NASA, “most researchers agree that Valles Marineris is a large tectonic ‘crack’ in the Martian crust.” It’s assumed that the canyon was formed as the planet cooled, that it was affected by the rising crust in the Tharsis region and that it was subsequently widened by erosional forces. “However, near the eastern flanks of the rift there appear to be some channels that may have been formed by water,” NASA explains.

The researchers used NASA’s High-Resolution Imaging Experience (HiRISE) camera to take photos of the Valles Marineris. The massive camera weighs around 143 pounds (65 kg) and it can take photos containing up to 28 Gb (gigabits) of data in six seconds.

The close-up photos of Valles Marineris will help researchers to better understand how it was formed. It helps to explore Mars further and gain new knowledge of its climate and history. And regular folks like me can admire the scientists, the camera, and the beauty of photos like this.