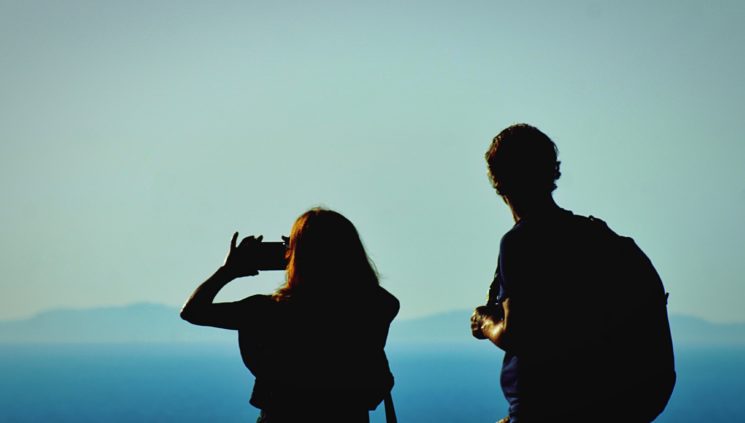 Phone cameras are getting more complex and more advanced with practically every new phone. But are the manufacturers focusing on the features people actually want? BlinkAI conducted a survey to find out what users want in their next phone and its camera, and it appears that better nighttime capabilities are high among the priority list.

BlinkAI’s survey was conducted on more than 1,000 American smartphone owners in February 2021. The sample was nearly evenly split between iPhone (55%) and Android users (45%). Those who use Android phones were mainly Samsung owners (27%), followed by Google Pixel (6%) and LG (6%). The remaining 6% was split between the users of OnePlus, Lenovo, Xiaomi, and Huawei smartphones.

As for the phone capabilities overall, most people want a longer battery life from their devices (73%). Then comes more storage space (49%) tightly followed by a faster processor (43%) and better photo/video quality (41%). 5G is the least compelling reason to upgrade to a new device with 34% marking it as important. 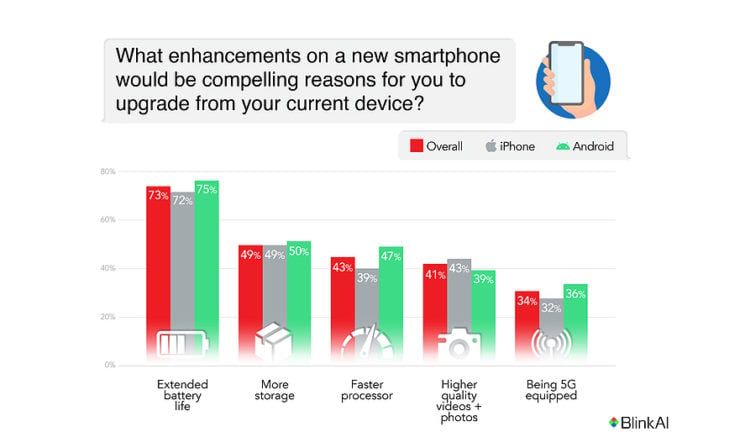 The survey also explored the camera improvements and consumer needs in terms of the phone camera. There’s an interesting difference between men and women here. Almost half of the surveyed women (47%) said that higher quality videos and photos would be a compelling reason for them to upgrade from their current device. On the other hand, only 35% of men responded this way.

When it comes to photo and video improvements that would make people upgrade, the first place belongs to better nighttime capabilities. Nearly half of the surveyed users (44%) said that this would be the reason for them to upgrade from their current phone. Next comes optical zoom (22%), front and rear-facing cameras (18%), 8K video (9%). A triple-rear camera comes last with 7%. 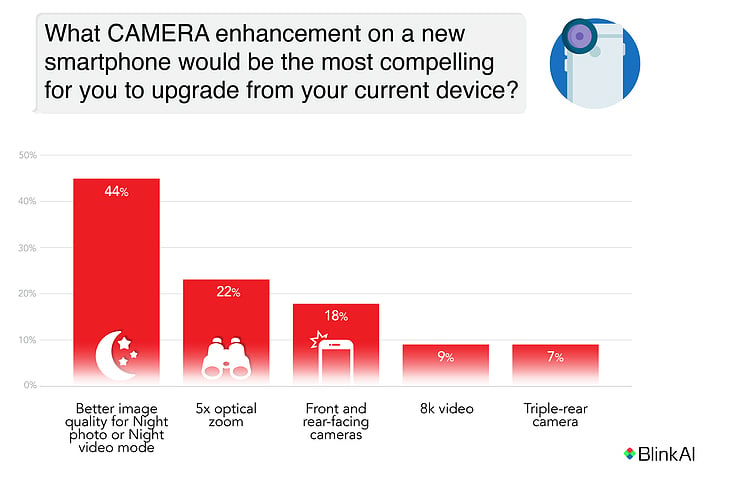 If you haven’t heard of BlinkAI, it’s the company behind the “Night Video” feature launched on the Xiaomi Mi 11 flagship. The company’s AI-based software improves the low-light performance of Mi 11’s native camera system, and I guess they’d like to collaborate with more smartphone makers. So, who knows, if the results of this research reach companies like Samsung or Apple, maybe we’ll see BlinkAI’s technology in more phones in the future.

Are you satisfied with the nighttime capabilities of your phone camera?