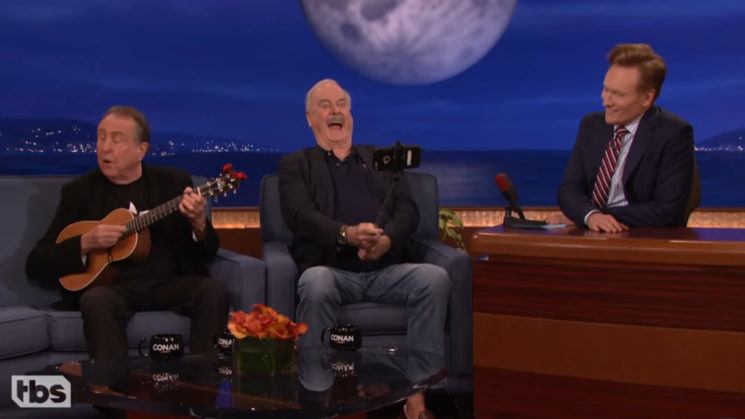 For many, it’s difficult to walk around town without bumping into one or two selfie sticks. Perhaps you’re even the one who’s out there with the selfie stick. Love them or hate them, they’re here to stay. We don’t have to like it, though. And that is expressed brilliantly in this little tune from Monty Python’s John Cleese and Eric Idle.

Described by John Cleese as “One from the heart”, the song is possible not quite as subtle as some might expect. Titled “F**k Selfies”, there’s no mistaking their views by the end of the song.

After a lifetime of bringing us the most amazing comedy and satire, through Monty Python and other outlets, it’s great to see they’re not losing their form.

Is a selfie stick a permanent fixture at the end of your arm? Do you hate society’s obsession with selfies? Or don’t you care either way? Do you agree with John & Eric?  Let us know your thoughts in the comments.