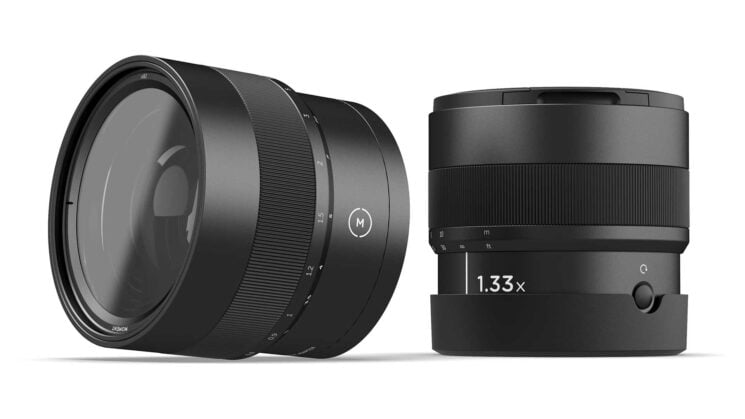 Moment, more commonly known for its smartphone lenses, has expanded into DSLR and mirrorless cameras with its new Moment Anamorphic Adapter which screws onto the filter thread of your regular camera lenses and turns them into 1.33x anamorphic lenses. Moment says they’ve been working on the adapter for the past eight years to turn your 16:9 footage into a more cinematic 2.35:1.

As well as stretching the view to what we’d typically expect from an anamorphic lens, Moment says it brings those horizontal flares and vertical bokeh that anamorphic lenses also typically present. They’ve launched the new anamorphic adapter via Kickstarter, where they’ve already blasted way through their $50,000 goal with 29 days still left to go on the campaign.

While the adapter will, hypothetically, mount to just about any lens Moment has released a compatibility chart for various focal lengths on different sized sensors – Full Frame, Super 35mm (APS-C) and Micro Four Thirds. This lists the optimum compatibility, although your mileage will vary. After all, they list a top-end limit of 135mm for all sizes of sensor, but 135mm on MFT is like 270mm field of view on full-frame, so maybe you can go longer with larger sensors. 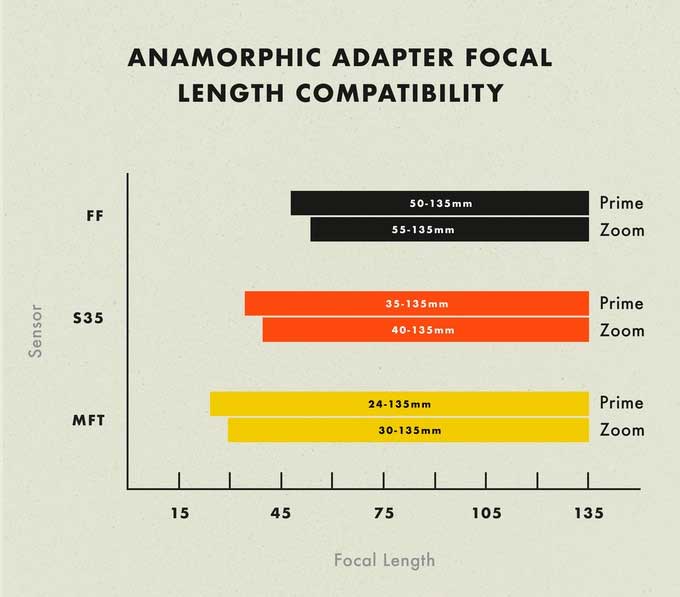 Regardless, it works on both primes and zooms, modern and old. On the rear of the adapter is a 67mm filter thread, and it comes with a 72mm, 77mm and 82mm step-down rings of different filter thread diameters to help ensure it fits whatever lens you have. Of course, you may still need to buy a step-up ring or two for lenses of particularly small filter thread diameters.

Moment also shot some video to show the differences between scenes shot with and without the Moment anamorphic adapter so you can get a good idea of what it does and how it stands up. It does show a little vignetting on the full-frame Sony FX3 used in these tests, but whether that would show up on Super 35 or Micro Four Thirds is unknown.

A quick setup video also shows how you mount and adjust the lens to match your camera orientation.

Overall, it looks like a pretty decent and fun adapter and getting something like this is way cheaper than buying a whole array of anamorphic cinema lenses. Of course, the quality of this isn’t going to be as good as those expensive anamorphic cinema lenses, either, but that will also largely depend on the lens you choose to mount it to.

The Moment 1.33x Anamorphic Adapter is currently funding through Kickstarter, with Early Bird pledges starting at $999 and shipping expected in December. Once it goes retail, it’ll cost $1,299.