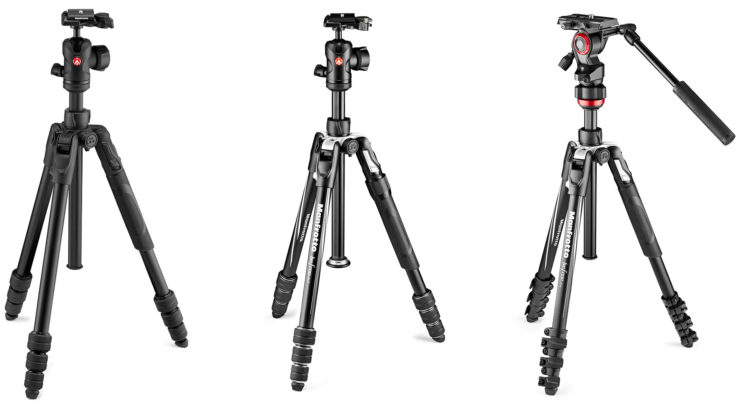 Manfrotto has just announced three new tripods. A new version of the Befree Live with Quick Power Lock (QPL) levers, mixing the best parts (yes, that’s an opinion) of the two previous models, the Befree 2N1 that switches between travel tripod and monopod, and the Befree Nerissimo, the slickest looking travel tripod I’ve ever seen. 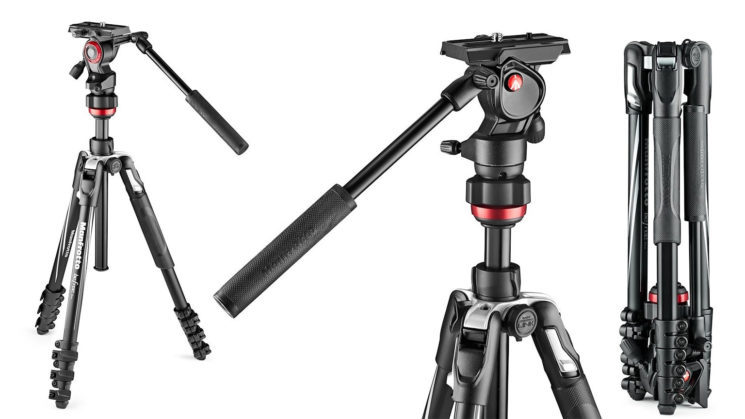 The Befree Live is one of the most popular travel tripods around for video. We recently reviewed the Befree Live Twist edition, which introduced new leg angle adjusters and switched the levers over to twist locks. Having used both the original Befree Live with levers, as well as the Twist version, I felt that the ideal Befree Live would combine the best of both worlds; The original levers with the new style leg adjusters. And, well, that’s exactly what Manfrotto has now delivered.

Designed specifically for video creators, with a smooth fluid head, the Befree Live QPL rounds up the collection nicely. You’ve got the original, the Twist, the Twist Carbon, and now this. No word yet on whether or not we’ll see a carbon version of this one, though.

The Befree Live QPL costs £224.95 in the UK, and pre-orders are available on the Manfrotto website. There’s no mention of when they’ll ship yet, but I wouldn’t expect it to take too long. 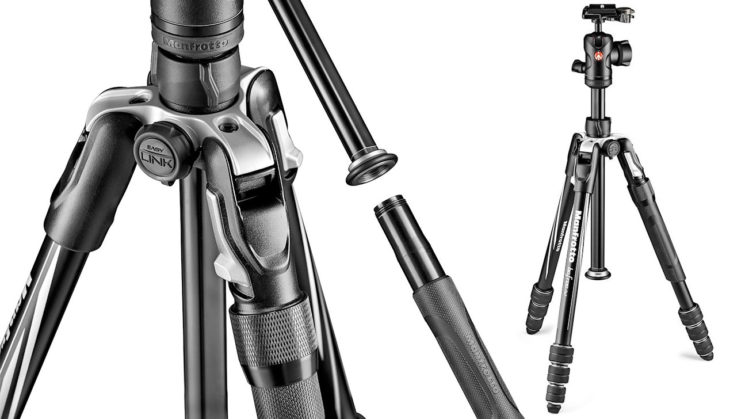 The Befree 2N1 is a combination travel tripod for photographers. It’s designed to minimise the amount of kit you need to take with you on a trip. It’ll act like a regular tripod when you need tripod levels of stability, but it can also be quickly converted into a monopod, too. Manfrotto says that it is secure, stable, simple and fast. It features a dedicated locking system to ensure that it is firm and secure whether acting as a tripod or a monopod. And switching between the two modes is as fast as half-turning one of the tripod legs.

The Befree 2N1 is available in two versions. One with the Quick Power Lock levers, and one with twist locks. And, of course, both utilise the new style leg angle adjusters found on the recent Befree Live models.

Both versions of the Befree 2N1 will become available on the 15th of September, and both versions are available to pre-order now for £199.95 from the Manfrotto website. 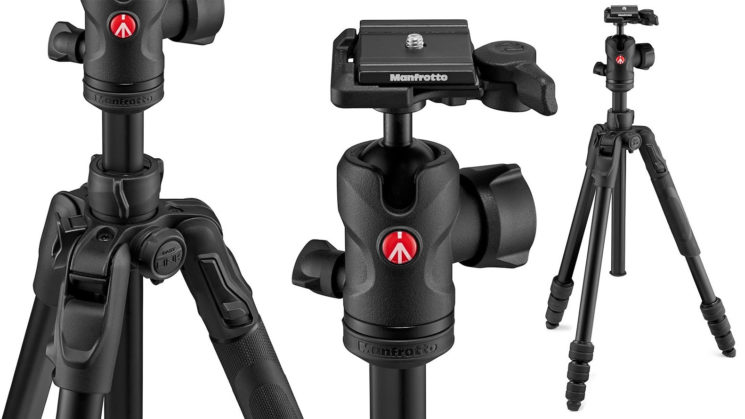 The Nerissimo has to be the slickest looking travel tripod I’ve ever seen. It’s the Knight Rider of tripods. I mean, just look at it. All black, except for the small Manfrotto emblem on the ball head, and the company name on the tripod plate. It just looks amazing. Classy and understated.

Of course, that’s the kind of impact Manfrotto was hoping to make with the Nerissimo. They describe it as the “most elegant travel tripod for photographers with an eye for design and detail”. And I think they’ve achieved that. The Nerissimo features a new exclusive matte black paint job, that should help it to keep a low profile wherever you may travel.

The only problem is, if I had one, I wouldn’t want to use it in case I ruin its good looks.

The Befree Nerissimo is available online exclusively from the Manfrotto website. It’s available to pre-order now for £174.95 and ships on October 1st.

Christmas is coming soon. I might have to start writing that letter to Santa.