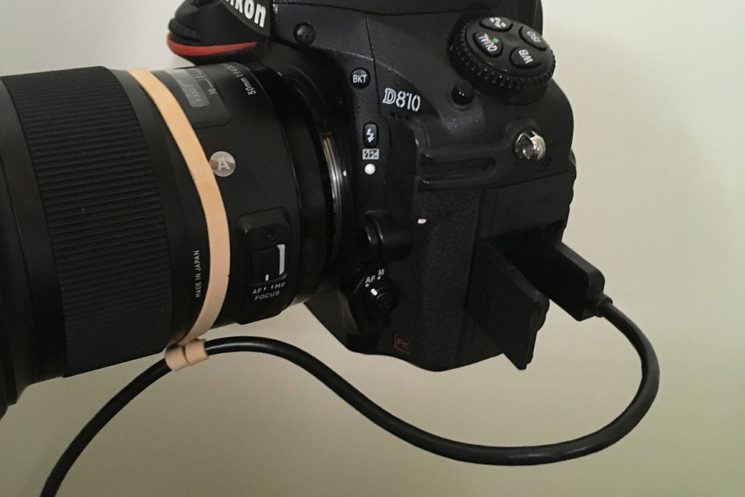 [Editor’s note: obviously this is a DIY solution and it has some caveats, connecting a cable to a lens increases the chance of lens damage in case the cable is pulled too hard, so be aware of the risk if you opt to use it]

For many photographers, shooting tethered is a way of life. For others, it’s something we only do occasionally when the need arises. The big problem all tethered shooters face, though, is the cable not falling out. Sometimes, with a long cable, it can fall out under its own weight. Sometimes it gets tugged, yanking it right out of the socket. And if this happens often enough, it can even damage the socket itself.

There are commercial solutions out there to help prevent this from happening. Solutions such as the JerkStopper and Tetherblock work beautifully. But sometimes you find yourself tethering without these options to hand. So, in steps the humble rubber band, thanks to a tip posted by Redditor, lilgreenrosetta (photographer, David Cohen de Lara).

David admits that he did not come up with this idea. He picked it up from one of his assistants. Who knows where the assistant may have seen it. Nonetheless, he’s relayed it on to the rest of us, so that we have a cheap easy option when nothing else is available.

The first step is to wrap the rubber band around the USB cable near the end that plugs into the camera, then poke it through the other open end. 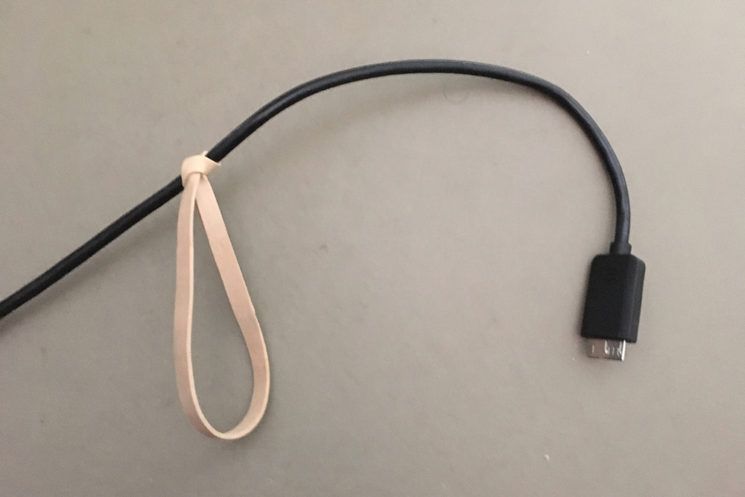 Using a rubber band this way is quite effective, because it’s not going to slip. In fact, the more strain that gets put on the USB cable, the stronger the knot will become.

Then you just take the big loop and wrap it around your lens.

David says that there is an advantage to using this low budget solution. When somebody does accidentally pull your cable, you feel a gentle tug, rather than a hard jerk that could potentially make you drop the camera.

Even if you do have one of the commercial tethering cable management solutions, it’s always worth keeping a pack of rubber bands in your camera bag. You never know where else they’ll come in handy.

Thanks for passing along the tip, David!

Use A Rubber Band For Smooth Panning Shots

How to prevent the lens creep with a simple rubber band