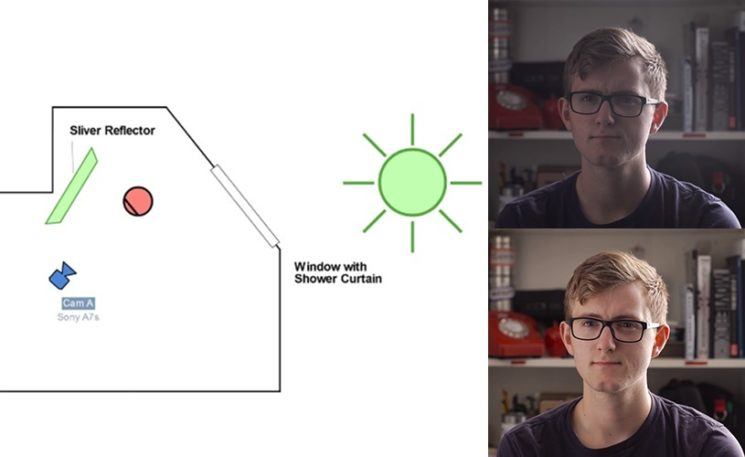 If you prefer working with natural light, with clever positioning of the subject and some DIY magic you get two light sources from a single window. Guys from The Film Look demonstrate how to make the 2-light setup on a budget and without any lighting gear, using only the light you get from a window. They used it for an interview, but it can also be applicable to portraits or for vlogging.

First, set your “key light,” and in this case, it’s the sun coming through a window. Rob and Rich shot on an overcast day, so the light was already diffused. Nevertheless, they added the white shower curtain on the window to diffuse the light further. 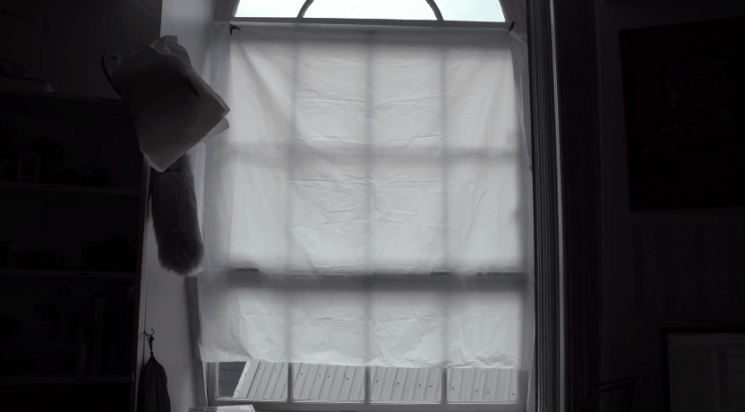 When placing the subject, he or she should sit so that the window is behind them, but not directly (see this sketch below). This way, the background will not be overexposed, and the window will also give some edge light. 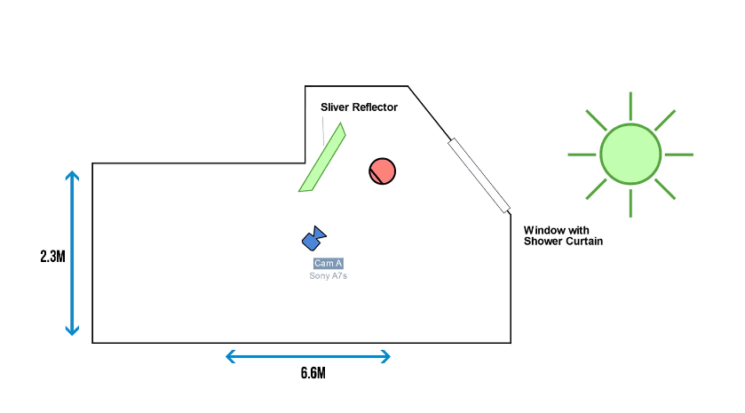 Now, for the fill light, use a large silver reflector placed directly opposite to the window. This will maximize the amount of light that bounces off it onto your subject’s face.

The guys used a Sony A7S with ZEISS Jupiter 9 85mm f/2 lens with the camera settings of f/4, ISO 200, shutter speed 1/50 and white balance set to Daylight. Since this lens flares, especially with the light at this angle, they used the black foam core. They created a flag on a light stand and blocked the light from hitting the lens. 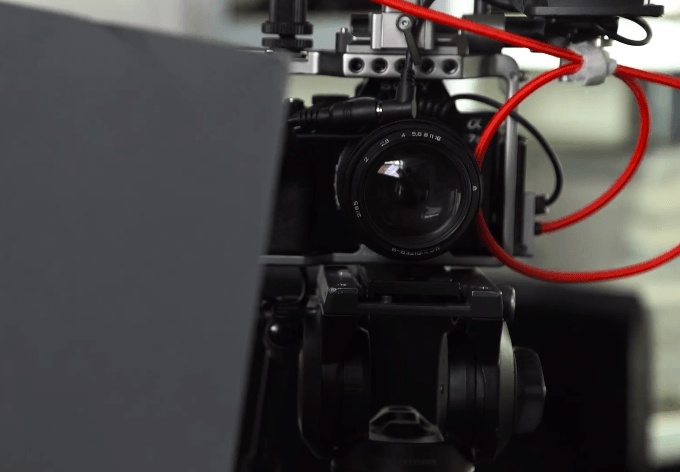 And these are the “before” and “after” shots, without any modifiers and with all of them + some color grading: 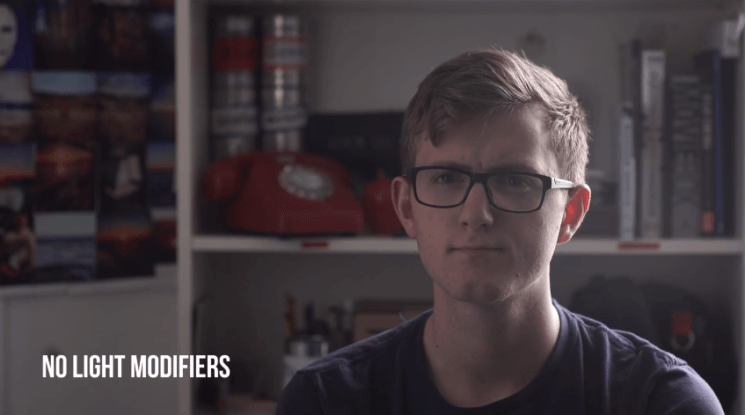 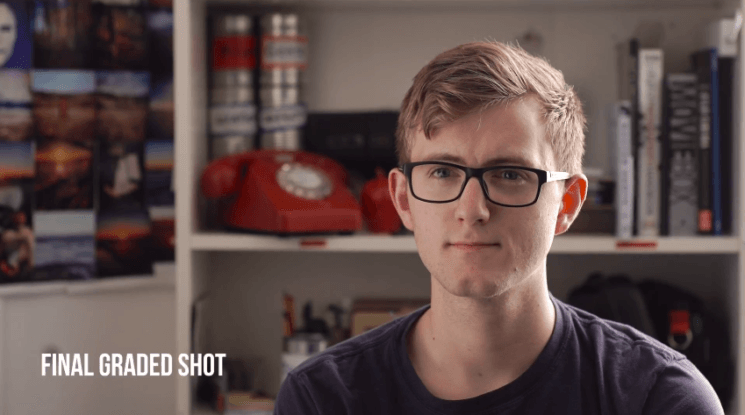 So there you have it. If you don’t own or don’t use artificial lighting, this is one of the ways to use the sunlight to your advantage and get a pretty neat setup.

Transform Your Lighting With This Cheap And Easy DIY Lighting Trick