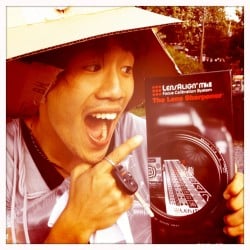 Today, I would like to introduce you to a very interesting product that costs less than a 100$ that will (maybe) change you’re shooting lives – the LensAlign MKII. If you guys are like me and own a body (or more) plus a couple lenses, chances are you’ve experienced focusing problems here and there. At first, you might wonder if you’re just focusing badly, or that something’s just wrong with your shooting technique but after enough repeats you start asking yourself… could it be something else?

If you’re lazy like me, you bring your camera to your nearest Nikon or Canon service center and get told that they don’t take care of lens calibration issues. Or they test it out on the spot and insist that your shot is properly focused or that the difference is negligible. Or perhaps, you’re slightly more independent and find out that most semi-pro bodies have a nifty little tool called MICRO-ADJUSTMENTS that allows you to force your camera to focus slightly forward or backwards through a little software tweak!

From there, you think EUREKA, and either tries building some sort of 45 degree ruler system to attempt and calibrate your system following some forum on the internet only to realize that your results are inconsistent and somewhat unpredictable. There are improvements, but you just can’t quite seem to get things right…

Now if you’re stuck at this step (which I was for the longest time) … read on for THE solution.

While roaming the web late one evening for a solution to my dilemma, I stumbled on a nifty device called the LENS ALIGN. Browsing further, it seemed to have some pretty positive reviews so I contacted Udi over here at DIY photography and asked him if he’d be interested in a review of the product and lo and behold, the guys over at B&H hooked me up with one!

Now here’s where I’m going to go a little different than the average review and give you some results BEFORE going through with the review because the point is, this thing WORKS and it works wonders. It doesn’t matter how this device is packaged, how easy it is to setup or how it’s used because at the end of the day… it’s worth it.

Check some 100% crops. There’s a significant difference between how much more in focus the post-calibrated ones are!! Be sure to click the images for a larger view, press right arrow to rotate: un-calibrated on left, calibrated on right. 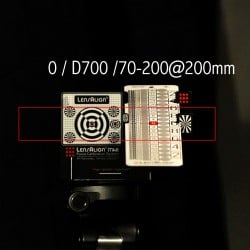 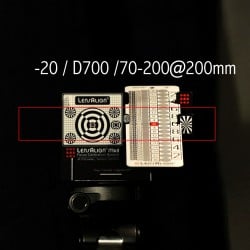 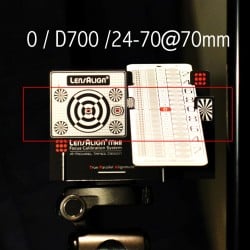 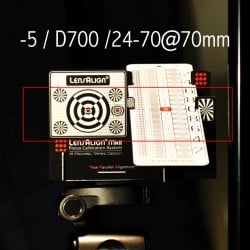 Thoughts? I don’t know about you guys but I was pretty amazed with the final results! Let me share with you my LensAlign journey.

Initially, the lens-align comes in a huge box containing a tiny package only about a foot long neatly packaged into a hard envelope. Honestly, I was expecting something huge and was quite disappointed at its diminutive size. In retrospect though, this makes the whole thing extremely portable and easy to bring anywhere with you! 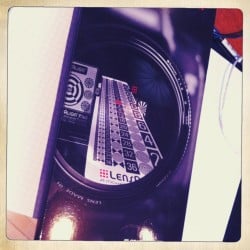 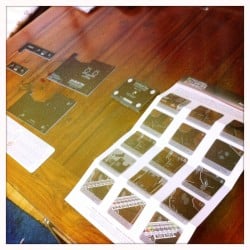 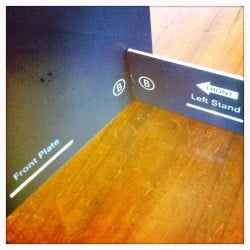 Within the box, all the pieces could be easily identified and matched to the images in the nice photo instruction booklet. The pieces themselves were actually so amazingly labeled that instructions were hardly necessary.

The setup is actually completely idiot-proof even for those determined to fail at putting it together! 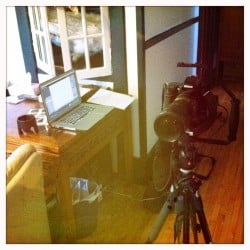 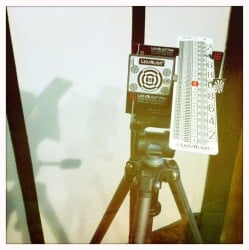 The entire thing took less than 5 minutes to put together. Things seemed to be rolling along perfectly! I was excited, thinking that it would only be moments before my entire lens collection would be calibrated…. Unfortunately, that wasn’t quite the case as the instruction booklet that comes with the LensAlign actually only teaches you how to assemble the LensAlign and not the calibration procedure.

Since I wanted to make sure I was doing things correctly, I headed off to check out the LensAlign website where they have a couple easy step by step videos that show how to efficiently align the camera to the LensAlign before calibration.

From there (and this step is absolutely CRITICAL) I had to go check out the LensAlign Distance Calculator tool on their website and find out what the minimum distance from the camera has to be from the LensAlign depending on which lens is being calibrated.

Failure to go beyond the minimum distance will totally screw up your results. I didn’t know about the distance calculator at first and placed my Nikon D700 + 70-200mm less about 6 feet from the LensAlign and did a 0/+20/-20 trial only to notice that there was barely any difference. I started panicking thinking that the micro-adjustment feature in my camera was screwed up until I went online to do some digging for the link! (FYI, the minimum distance was actually 16.4 feet !)

Apparently, the farther an object is from the lens, the more evident the mis-alignment. This would explain why when using the 70-200mm at f2.8 my tight headshots were decently focused whereas my farther full body shots would be completely backfocused and also explain why the amount of back-focusing would vary so much between shots.

Once those two steps were achieved (alignment, min. distance) I merely had to snap away at different focal length/distance variations with my camera tethered to my laptop. I used Adobe Lightroom 3 to tether the camera to the computer so that I could quickly see the shots at 100% crop.

One problem I encountered that most of you home users might meet up with is that the red alignment point that you’re trying to line up might not quite show up on the final images because of the lighting you find yourself in. To compensate, I threw in a small forehead lamp within the LensAlign to light up the red target! 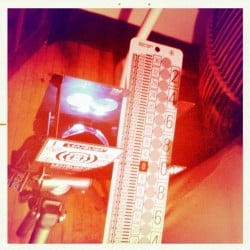 Overall, I spent over 4 hours fiddling around with LensAlign making sure that my most important lenses were calibrated with their most used bodies. Turns out that my 7 lenses, 5 of which had variable focal lengths and 3 bodies made for a total of 36 possible combinations to calibrate… 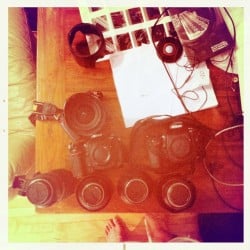 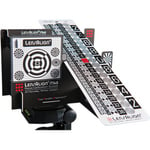 The LensAlign MkII Focus Calibration System uses the patent pending TPA Sighting System to perfectly align the lens on your camera for very accurate focusing. This MkII is the smaller and lighter version of the PLUS model and easily disassembles for storage or transport.

A standard 1/4-20 mount allows easy attachment to a tripod.

Benjamin Von Wong is a conceptual and epic fantasy photographer based in Montreal. You Can follow his work on his Facebook page and his Flickr stream.

With An Average Age Of 50, The MKII & A Vest Pocket Kodak Totally Rock