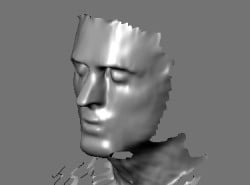 I’ll admit it, I only saw Tron: Legacy for the first time a few days ago. (For what it’s worth, I think the first one was waaaaay better). The most impressive thing is that SHV 20905 digitizing laser that can scan real objects into the Tron system.

Blender user Sebastian Korczak created his own version of the laser by using a turntable, an old point and shoot and a Laser pointer equipped with a line forming tip.

The camera sits on an Arduino enhanced turntable and spins at a constant speed and video-records the distortion coming created by the linear laser. 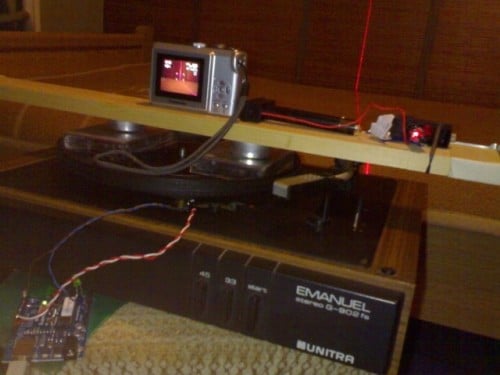 A Python script is then used to convert the video into a point cloud representation of the scanned environment. 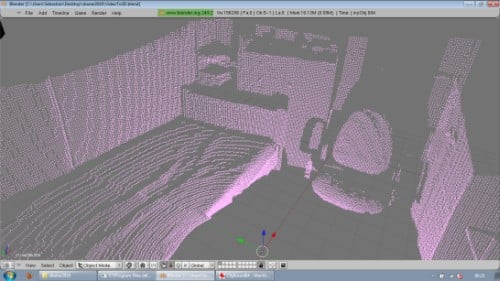 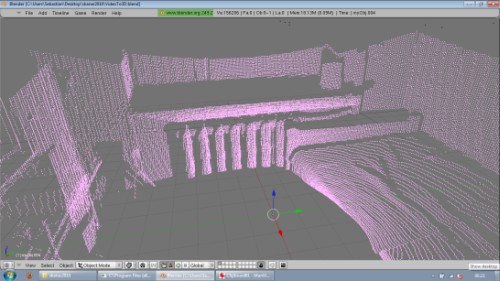 The whole thing works better for scanning large structures than it works for scanning faces, so this device kinda fits that original TRON from the 80s as far as face resolution goes.

Shoot Sculpture People Made With Starch And Sub-Woofer