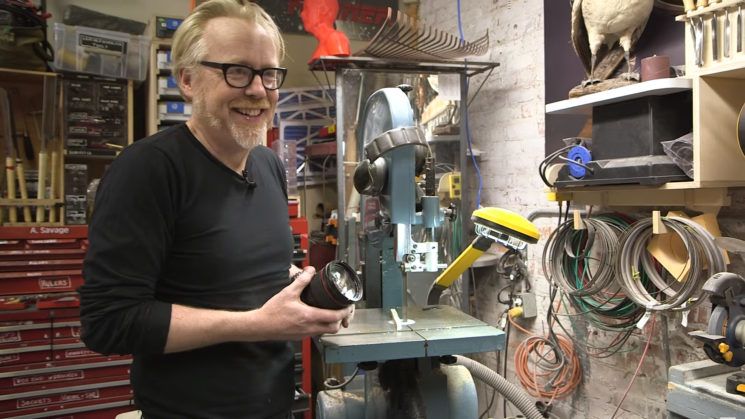 Most of us, at some point or another, have dealt with the issue of filters that just won’t come off. Perhaps you choose to keep UV filters on your lenses at all times. Perhaps you don’t, but you’ve purchased a used lens that’s come with one. Maybe it’s been a temporary filter like a polariser that just gets stuck. Most of the time, though, they’ll come off with a little effort.

Sometimes, however, they just won’t budge. Even with special filter removing wrenches they just don’t want to come off. You might have to get a little medieval on them. Something Adam Savage has become quite familiar with. In the second such incident with a stuck filter, he tries the filter wrenches with no luck. So, he turns to the power tools.

The lens belongs to Norm, one of Tested’s crew. After his DSLR suffered another drop and the filter broke. The remaining ring became stuck on his Canon 24-70mm f/2.8L II USM lens. 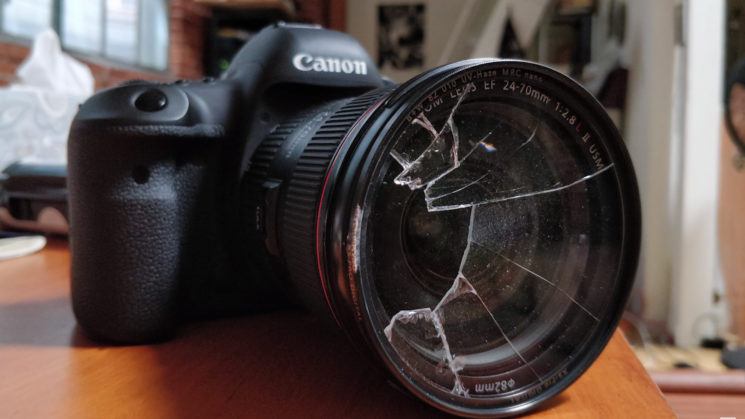 This has happened to Norm before. After the last time, Adam bought a filter wrench he found online in the event that it ever happened again. After several attempts, though, the filter would still not budge. So, Adam went back to his previous successful method, the bandsaw, while Norm looks on, helplessly. 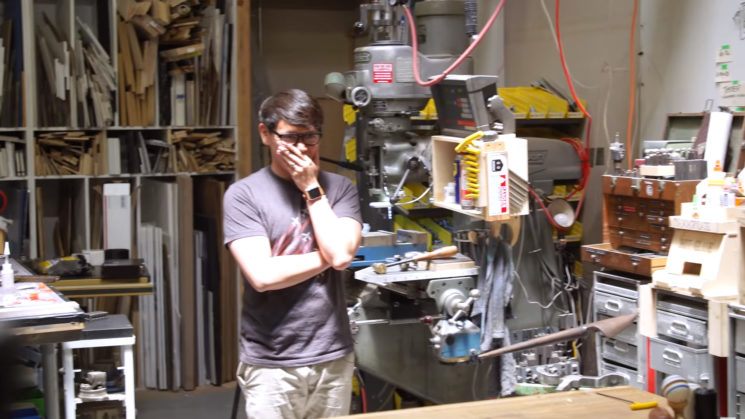 Putting a lens to power tools is a scary proposition. But Adam’s an expert in this area now, this being his second time and all. It’s actually a fairly common sense way to remove a really stuck on filter if you’re careful. He starts by cutting a groove in opposite sides of the filter. 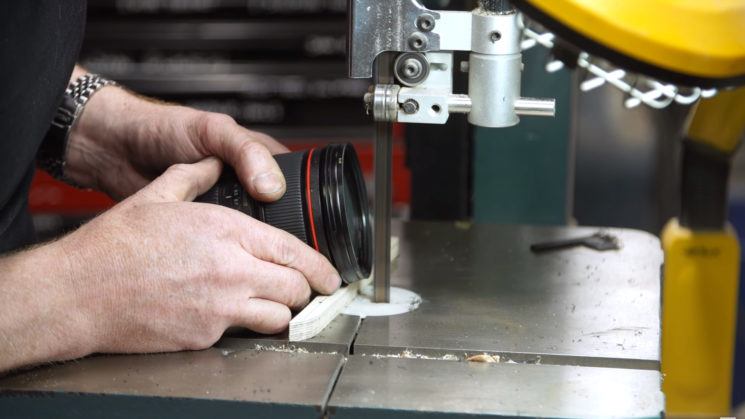 The grooves are then filed to clean up any burrs, and widen the gaps a little. Once they’re suitable filed, a thick metal ruler is placed in between the gaps. While one holds the lens steady, the other turns the ruler, causing the filter to unscrew. 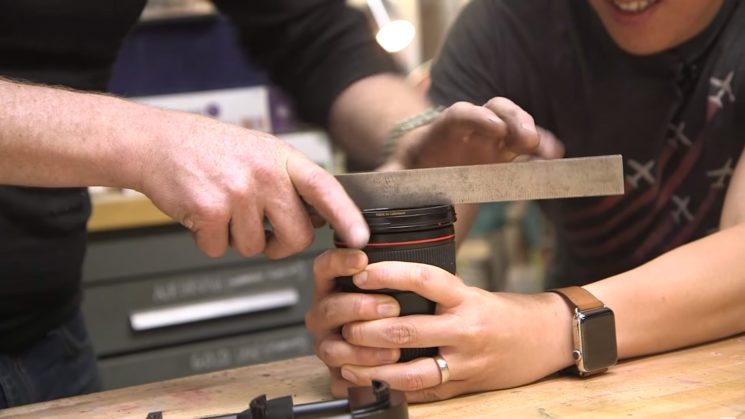 That filter sure was stuck on there.

I’ve had this. I had a circular polariser on a 300mm f/4D AF-S lens for a shoot at one point. At the end of the shoot I put the cap on the end and put it in my bag. I figured I’d deal with it later. Attempting to take it off at home two weeks later, the front piece just fell off in my hands. The rear ring stayed stuck inside the lens’s filter threads, with no way to grip it using my hands. I ended up having to take a pair of pliers to it.

Fortunately my lens survived unscathed, but I swore off that particular filter brand for good after that. There were no drops with my lens, though.

In Norm’s case, I’d probably suggest he invest in a strap.

Stuck in editing a landscape photo? Try turning it upside down

If you’re stuck at home with nothing to do, try working on your macro photography

How a Mythbuster removes a stuck on filter with a bandsaw