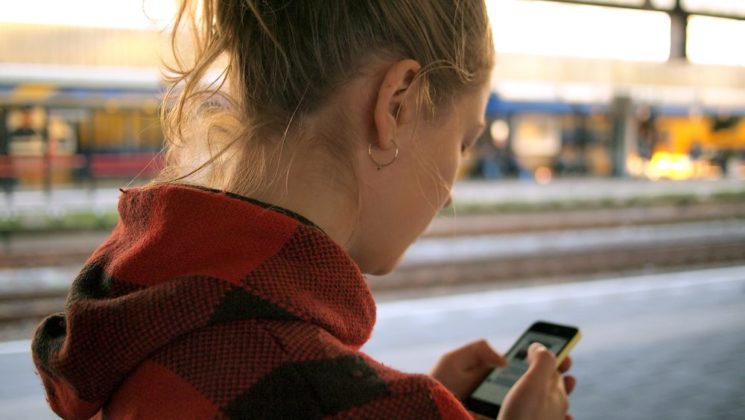 This week Business Insider ran a story that covered images taken by a street photographer, of people’s private phone messages. That photographer was the highly respected Jeff Mermelstein, someone who has a long list of celebrated work. Whilst all images were taken in public places, they do contain a level information that the subjects may not want the world to know about. Whilst no law has been broken, it could be argued that this is a lack of respect for a person’s privacy, raising the question – is it okay to photograph people’s private messages?

Street Photography can be an extremely awkward art to practice. Whilst you may not break any laws, sometimes you will have to be in a position that may make the subject uncomfortable. That can be a difficult part of the craft for many street photographers, especially those just starting out. You have to get into a place where you are okay with any backlash that may happen, whether that be a funny look, or a little bit of verbal thrown your way. Whilst the latest amendments to GDPR has left many photographers confused about where they now stand legally, regardless of a person’s reaction, the general rule of the law is that if you are in a public place you can take all the wonderful artistic images that you wish to.

However there are ethics involved in street photography. Ethics that have been developed over the many decades that the art has been practised, and those who are serious about it tend to adhere to them. For example, we tend to stay away from photographing homeless people. We do not want to be seen as exploiting someone who is having such a rough time, when the only purpose is to make a photography that you think is super edgy and meaningful. Far more often than not, it is neither of the two.

In the case of Jeff Mermelstein, he has gone for something slightly different. He is delving into someone’s private world, whilst in a public setting – remaining in line with the law. Nearly all the subjects are not visible in the images, however in one picture it is possible to make out who the person is (if you know them) as their profile picture makes them identifiable. The topics of the text conversations vary from sex chat, talk of cancer, and regret from giving up a loved one. They are very intimate conversations, which I am sure the people having them believe to be completely contained between the two of them. Now these conversations are all over the internet. I’m sure if one of the subjects were to see them it would leave them feeling cheated, anxious and uncomfortable. Many of us, both inside and outside the community, blast the likes of Facebook for spying on us. If we see this technique as being acceptable, are we not just making ourselves part of the problem?

THE IMPACT ON STREET PHOTOGRAPHY

I have always found the opinion people have of street photographers to be varied. Some people despise us, whilst others are quite attracted to the idea of being considered a subject within a photographer’s content. In the case of Mermelstein, his project could make things tricky for the rest of us. We want street to be celebrated, understood and accepted. With privacy concerns growing and growing, could this put a dark cloud over the community as a whole?

Dan Ginn is a London based photographer who likes to capture moments, the essence of people and life. If you’d like to check out his work, make sure to visit his website and follow him on Instagram, Facebook, and Twitter. You can also read his blog on this link. This article was also published here and shared with permission.

Take it easy: It’s okay if you’re not feeling creative in isolation
« Canon to launch two full frame mirrorless cameras in mid-2019
How to add shine and depth to hair in Photoshop in under a minute »